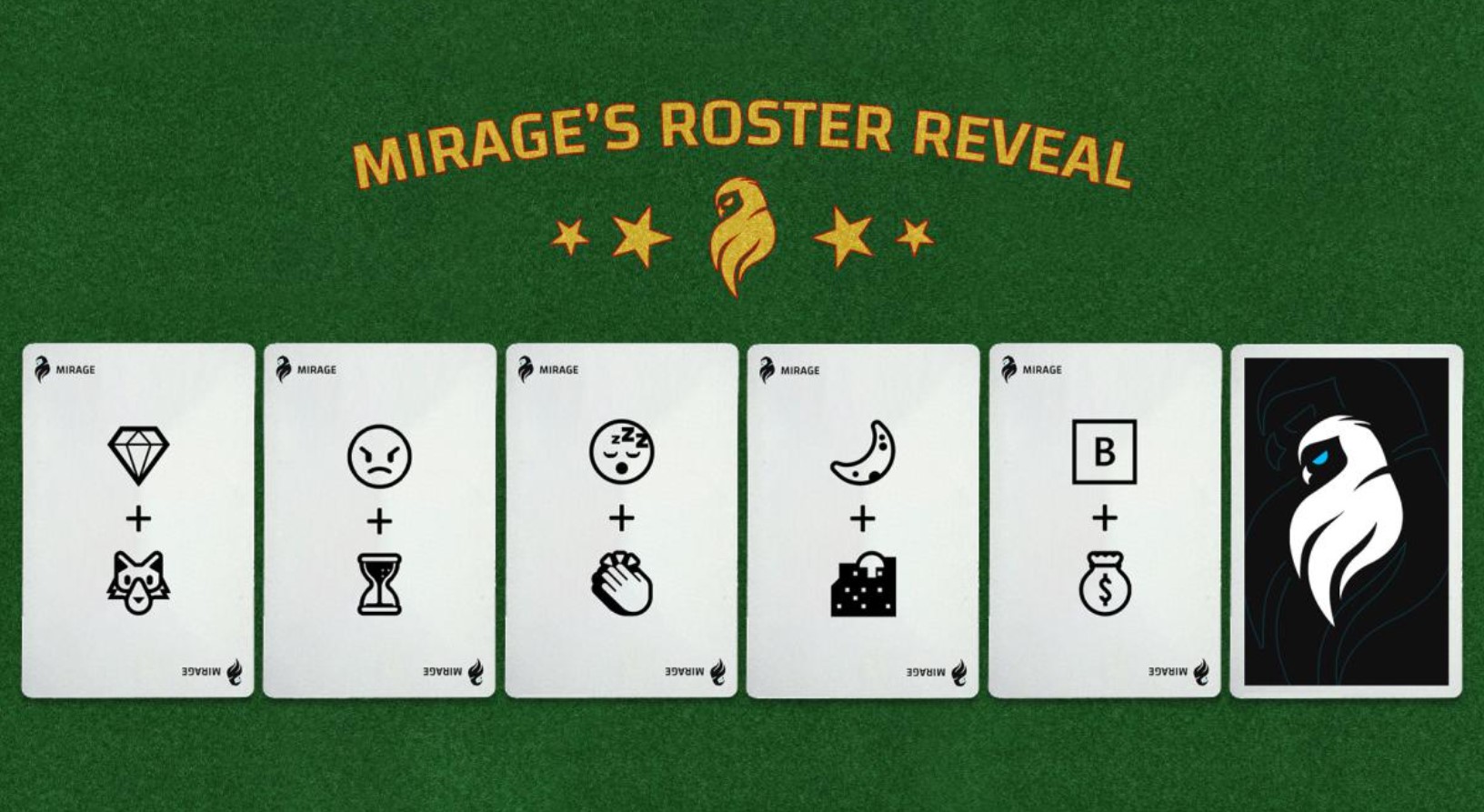 Mirage’s six-man roster announcement came completely out of left field for Rainbow Six Siege fans. It’s not uncommon to sign substitutes or have a virtual Rolodex of players you can go to if the worst happens, but this is a different scenario entirely.

The six-man roster was necessary due to visa issues that Alexandre “QrTz” Moranta faced, according to Carl-Edwin Michel, owner of Mirage Esports and the Northern Arena. But it also could be a tactical advantage that Mirage use in the future. Put simply, they’re going to use the situation they’re in to their advantage as much as they possibly can.

“But for us it was like, OK, let’s go with a six-man roster and be able to play with it,” Michel told Dot Esports. “[We can] throw curveballs at teams right where, you know, maybe we’re in this game, we’re gonna put this player in.”

Michel claims that Ubisoft is sponsoring them so QrTz can get his visa. And even though he’ll narrowly miss the March 8 quarantine cutoff date, there’s a possibility he could debut in the new NAL sooner as opposed to later. “Thank God for [Ubisoft] because, otherwise, [QrTz] wouldn’t have come to Vegas, like it would have been done,” Michel said.

Michel said that being able to throw these “curveballs” at the other team by switching up players wasn’t the initial or the most practical reasoning for the move. He also said that after Stage One, the team will reassess their strategy and could make roster moves accordingly and might not stick with the strategy long-term.

Essentially, if Mirage can make the situation they’re in work in the NAL, they could stick with it for the future and there won’t be an awkward conversation with one or more of the six players in three months.

The six-man roster was finalized with the signing of Matthew “HotanCold” Stevens, part of the longtime DarkZero core. He rejoins former teammate and cousin Zachary “Nyx” Thomas, as well as Mirage analyst and his uncle, David “DnA” Thomas.

The six-man roster of Nyx, HotanCold, Mitch “Dream” Malson, Chase “NotLoading” Neely, QrTz, and Benjamin “Benjimoola” Ligacki wasn’t the original plan. Ex-Continuum and Evil Geniuses support Austin “Yung” Trexler was meant to be on the roster and was “extended a contract,” according to Michel. Yung elected not to join the roster. His bio on Twitter currently reads “former professional Rainbow Six Siege player.”

Yung is one of only a handful of players to win a Six Invitational—his victory came in the inaugural SI with Continuum in 2017. He was a longtime member of the stellar EG lineup as well. There were multiple factors that weren’t specified by Michel that led to his departure from the organization.

Mirage is the only Canadian organization that survived the CAD merger.

The NAL returns on March 24.