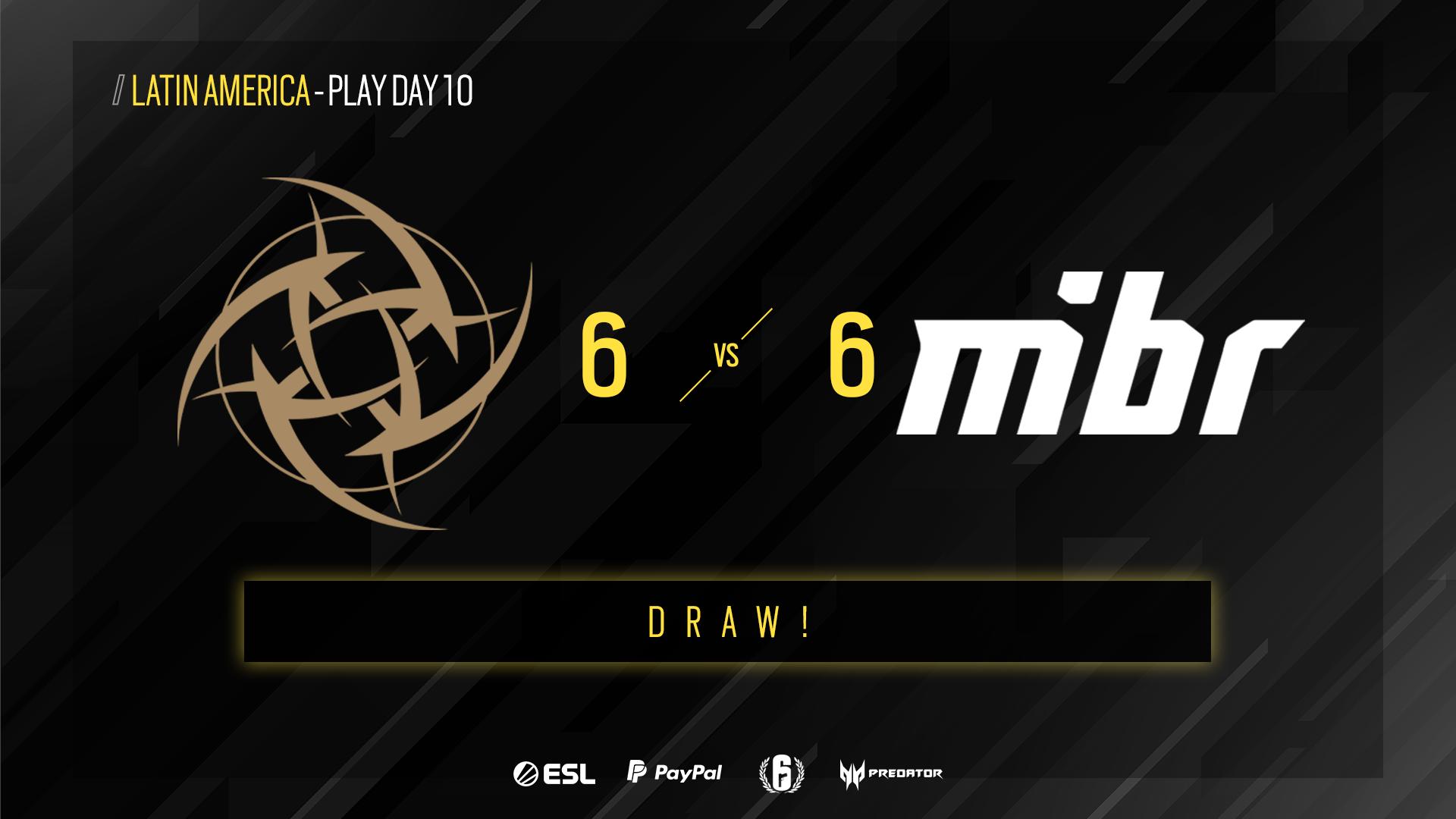 In a familiar turn of events, MIBR once again prevented Ninjas in Pyjamas from guaranteeing themselves a place in the Rainbow Six Siege Pro League Finals today.

The seventh-ranked MIBR have had an extremely underwhelming season in the Pro League. After an impressive season nine, MIBR, formerly Immortals, have slipped into an almost winless record in season 10. The team forced many draws in season nine with a record of 7-6-1, but they’ve since devolved into a 1-4-5 record in season 10. The team’s low standing in the division makes today’s draw an upset for NiP fans.

Fans saw the same exact result in matchday 10 of last season when Immortals held NiP to a 6-6 draw. The loss of those two crucial points prevented NiP from qualifying for the Milan Finals.

NiP should have won out in their matchup with MIBR considering the poor performance of the latter team this season. If NiP won today, then their jobs would’ve been much easier in the final days of the Pro League. Sitting up top with 26 points after today’s draw with MIBR keeps NiP in a strong position, but it does open them up to a direct challenge from FaZe Clan, who are in second with 20 points. The gaps between teams in the Latin American division are quite narrow and with four more matchdays left after today, there’s ample room for some upsets in the standings.

The Latin American division is particularly unpredictable with little room for error and a lot of skill packed into each squad, NiP will need to pick up a win on their next matchday against Team oNe. While Team oNe are a boom-or-bust squad with a 4-1-4 record, they proved last week against Liquid that they can still win against some of the strongest players in the division.

Oddly enough, not getting the win today puts NiP in a similar spot to last season when they drew Immortals on matchday 10. NiP missed the season nine finals by two points, the same amount of points NiP left on the table in today’s matchup with MIBR. NiP fans hope these parallels are just synchronicities and the squad will be able to see success in their upcoming matchup with Team oNe.

The Latin American division returns on Oct. 4 with matchday 11. Fans can catch the official broadcast here.