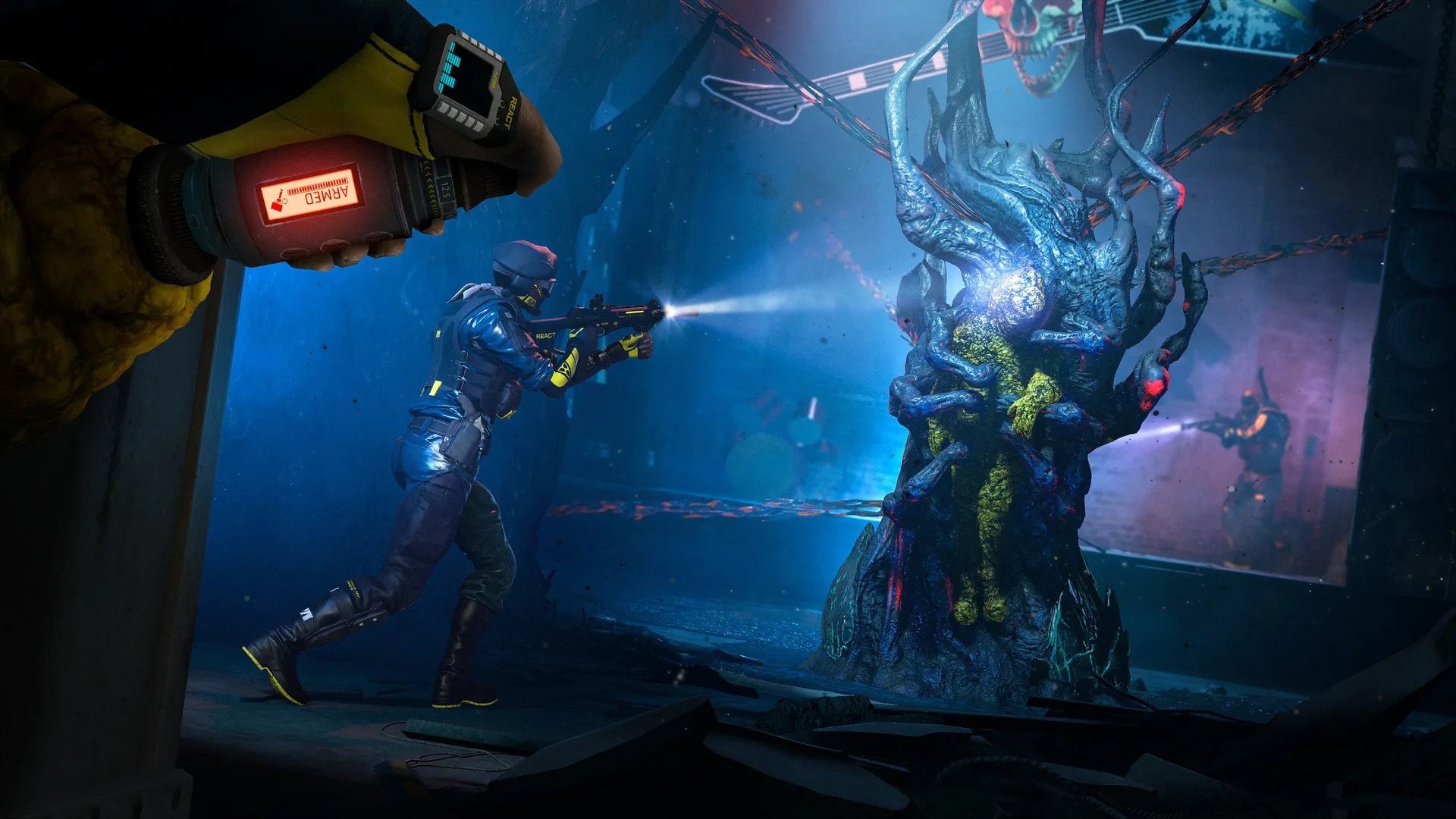 While some mission objectives like scanning areas or defending charges will bring Archaeans to you, biopsies require you to perform a takedown on a specific target, and alerting the Parasite to your presence can make that task monumentally harder. That said, there are a few ways to get around the enemy if it sees you.

Here’s how you can perform a biopsy in Extraction—and what to do if you get detected.

How to perform a biopsy in Extraction

If your sub-zone’s objective is to run a biopsy, your first priority should be finding your target. A biopsy won’t work on any enemy. Instead, players must track down a specific Archaean—usually an Elite—and use a takedown on it for the objective to conclude.

Drone scans or Lion’s EE-ONE-D can pinpoint the location of the Elite, but that’s just the first part of the mission. After finding your target, you’ll have to perform a takedown on it to complete the biopsy. This is where a stealthy approach can be beneficial.

Sneaking behind a target is the safest way to finish the objective. Vigil, the undisputed king of stealth in Extraction, is the perfect choice for this. If you’re not running Vigil, however, you can also sneak behind a target and perform a takedown. This works even if the enemy is already alerted to a teammate’s presence, for instance.

Of course, several different scenarios can go wrong when trying to finish a biopsy. Just because the objective requires you to use a takedown, however, doesn’t mean you getting spotted will be the end of the run—though it does mean you’ll need to follow extra steps.

What to do if you’re spotted in a biopsy

The quickest way to get back from a biopsy is to stun the Elite Archaean and use the short window of time to stick it with the REACT Blade. Players can do this through certain REACT gadgets or abilities.

Ela’s Grzmot mine, for instance, will briefly stun an Archaean that triggers the device, opening a brief window to get a takedown. Likewise, Smoke Grenades will also stun the Archaean, so have a player bring one of those if you don’t want to risk it.

Lastly, assuming you have no other choice, the key trick is to distract the Archaean and make it lose line of sight. You can do that by putting obstacles between you—for instance, closing doors—until the Archaean loses your scent. Then, you can sneak back and attack it from behind to confirm the takedown and finish the biopsy.

Biopsies can be one of the most finicky objectives in Extraction, but no situation is unsalvageable—even if it means taking the long way.