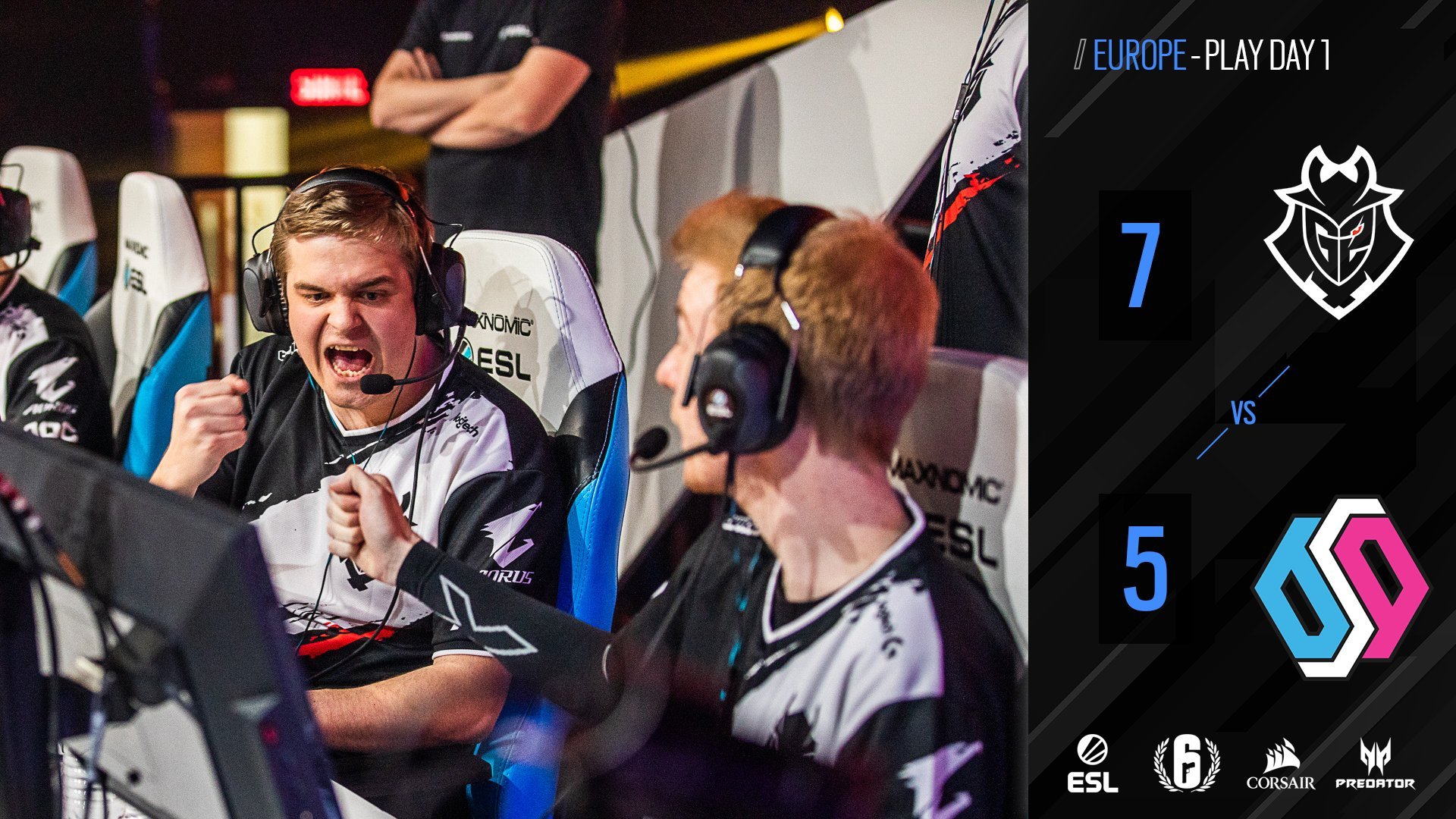 The opening matchday of the European division of the Rainbow Six Pro League looks to have set up G2 Esports and BDS Esport for a potential rivalry in season 11.

BDS previously knocked G2 out of the DreamHack Montreal 2019 group stage but only after the two teams found themselves in the losers bracket of their group. This is normally what fans point to when describing the dynamic between the two teams. But now, the edge decisively goes to G2 after a 7-5 victory today during their first meeting in the Pro League.

At first, it seemed like BDS were poised to pull out a win, or at the very least a draw, against G2 but they fell two rounds short in the end. BDS had done a fine job of keeping pace with G2 in a tit-for-tat matchup that saw each team consistently up the ante with alternating wins. The dynamic of the match explains why these teams are often talked about within the same breath.

G2 seemed to have the edge in this particular matchup due to their flexibility more than anything else, but it’s hard to ignore BDS when they consistently and convincingly fought back round after round. G2 pushing full-throttle attacks before slamming on the brakes to take more technical approaches kept BDS on their toes. BDS working with Bryan “Elemzje”  Tebessi after dropping Dimitri “Panix” de Longeaux after qualifying for the Six Invitational could have also contributed to the team finding some difficulty in their first matchup.

With G2 dropping Daniel “Goga” Mazorra Romero for Pascal “Cryn” Alouane, the roster move looks promising as far as opening impressions are concerned. But G2’s Niclas “Pengu” Mouritzen recognizes that the faults of the team can’t be attributed to a single player.

During his post-match interview, the longtime G2 player claimed that the team’s shaky performances aren’t necessarily on the individual players that have been moved around but rather a “broken wheel.” While the wheel in question wasn’t directly addressed in great detail, it looks like the team is working on it given their 7-5 win over BDS today.

G2 seem to have struggled for some time now, and while the team appears primed to bounce back in season 11 of the Pro League, some fans may still need some convincing. Considering G2’s legend status in the community, it’d be wise to temper expectations in either direction. There’s plenty of room for G2 to evolve throughout the season and there’s plenty of room for stagnation as well.

While the match swung 7-5 for G2, there’s no denying that BDS will be a threat to the division going forward. Fans will have to wait for a rematch in the second half of season 11. The European division returns Wednesday, Jan. 8 for matchday two. Fans can catch the official broadcast here.