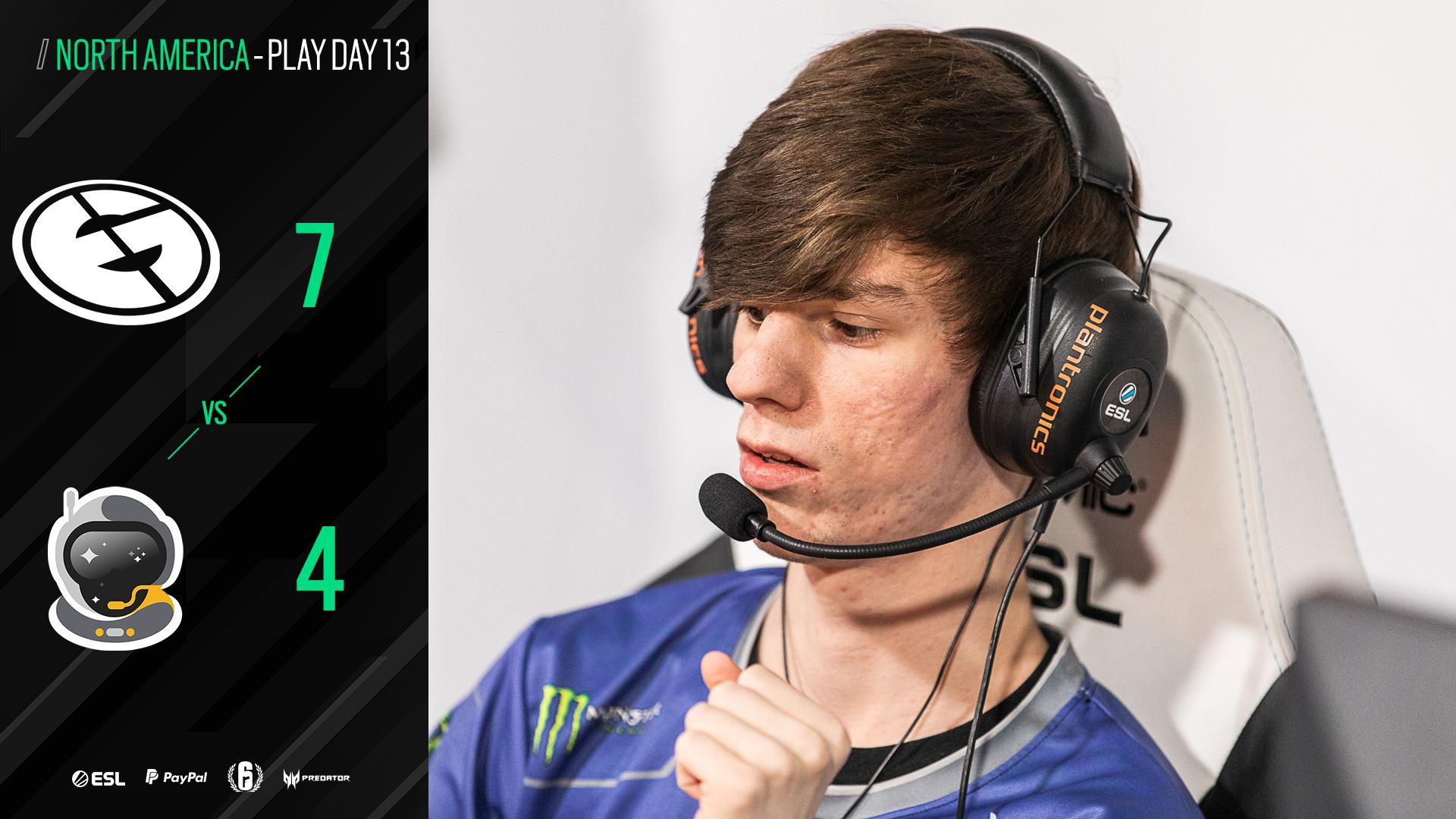 Evil Geniuses took the small sliver of breathing room they were granted by Team Reciprocity’s with DarkZero Esports and ran with it. The second-ranked squad earned themselves a much needed 7-4 win over Spacestation Gaming.

The North American division of the Rainbow Six Pro League has been a close contest for some time now, but Team Reciprocity’s draw with DarkZero today opened up a very small gap between themselves and Evil Geniuses. Luckily for EG fans, the team was able to capitalize on Rec’s mistake by grabbing a win. The victory puts EG in a stronger position heading into the final matchday of the North American division.

While it is still mathematically possible for Rec to qualify, EG will need to drop in their final matchup with DarkZero and Rec will need a win against Luminosity Gaming. If the proverbial stars align, Rec could overtake EG in a tiebreaker situation, since they beat EG earlier in the season. With so many uncertainties heading into the final matchday, one thing is finally solidified; SSG are now out of the Japan Finals race.

It was a long shot for SSG to be able to make Japan in the first place, but credit is due for the roster, which seemed to click after bringing in Troy “Canadian” Jaroslawski as in-game leader. While there’s no Japan in SSG’s future, fans can look forward to one more matchup with Soniqs in matchday 14.

Although EG secured a much-needed win tonight, they’ll have to defeat a fierce DarkZero to assure their finals spot. DarkZero have proven they’re ready to capitalize on their opponent’s smallest mistakes, so it likely won’t be an easy matchup for EG. Luminosity Gaming could always come through to play spoiler, too.