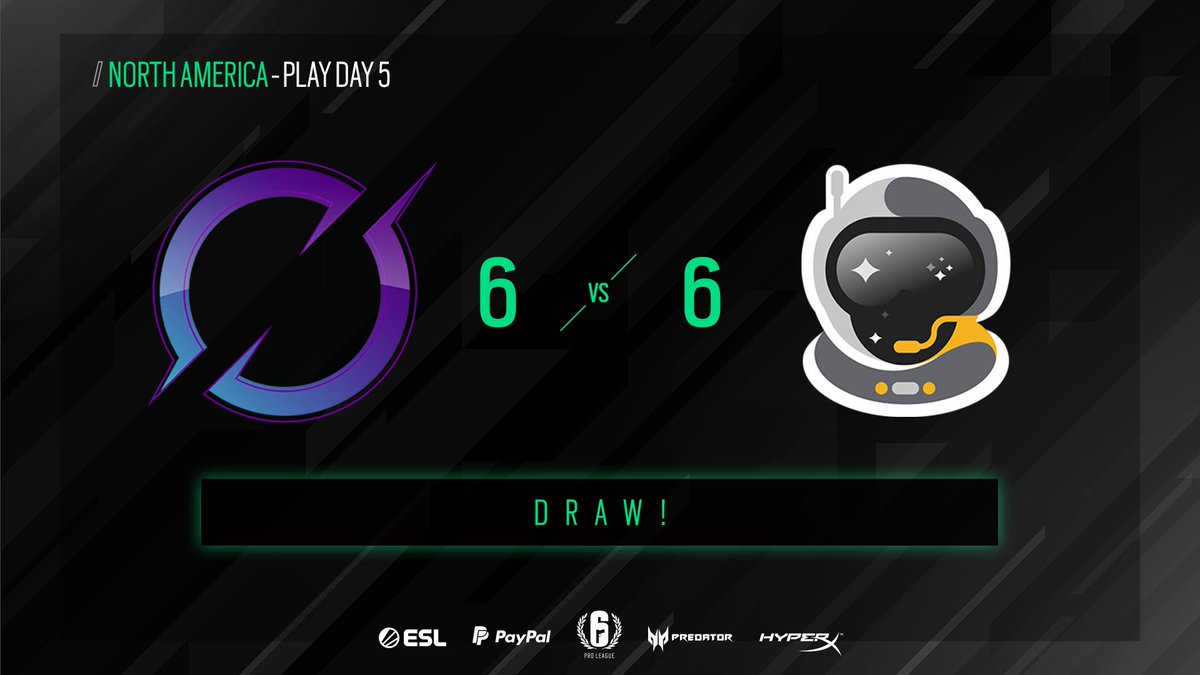 Despite having lost to rookie pro team Luminosity, DarkZero has maintained a solid record in season 10 of the Rainbow Six Pro League. Conversely, Spacestation Gaming has performed in a somewhat scattered fashion, amounting to several ties and only one victory thus far.

Both teams seemed to want to “out ban” each other with a Thatcher ban being answered by the opposite team banning Thermite. While the two operators are stock ops, their usefulness has never really gone out of style. Banning a Thatcher effectively guarantees a slower-paced match and when a Thermite is taken off the board, then the only hard breach options come down to Maverick and Hibana.

Javier “Thinkingnade” DeAndre Escamilla pulled an absolutely insane defensive one-vs-three clutch in round five. The situation was by no stretch of the imagination supposed to go in SSG’s favor, but Thinkingnade had other ideas when he took advantage of a sloppy last-minute rush by DZ.

After a re-host, SSG maintained their defensive momentum into the half at 4-2. Despite a solid defensive half, SSG failed to find footing in their first attacking turn. DZ held a tight enough defense to allow for a play for time and an Echo defuser denial.

While the lack of hard-breach play options seemed to really hinder DZ on the attack, SSG didn’t seem all that bothered in round eight. Even with SSG’s Maverick down and out, the team still pulled out the round eight win to deny DZ building any momentum. As Parker “Interro” Mackay noted during the broadcast, both teams seemed to be opting for frags instead of making meaningful use of their available utility.

Somehow, DZ got incredibly lucky with a last-second C4 kill on SSG’s defuser planter. Even after having the foresight to go on top of an unbreakable surface to plant the defuser, DZ was allowed a C4 kill onto SSG to deny the match point. While the C4 kill seemed undeserved, it is possible that splash damage got the better of the defuser carrier who may have been weak enough to go down to a minor amount of damage.

The randomness of round nine didn’t get SSG down as they propelled themselves to match point at 6-4 with a near perfect round 10 attack. DZ’s Zachary “Nyx” Thomas grabbed the lone kill off of SSG before being promptly dispatched as the last man standing.

The Thatcher and Thermite bans seemed to really hinder the match overall. While SSG did much better without hard-breach options on the attack at times, it still slowed the match to a crawl at some points and forced sloppy last-second rushes. Ultimately, DZ forced a draw at 6-6. SSG missed out on some much-needed points, while DZ still maintains a strong position in the division.

The North American division of the Rainbow Six Pro League picks back up on Monday, July 15 for matchday six. Fans can catch the official broadcast here.