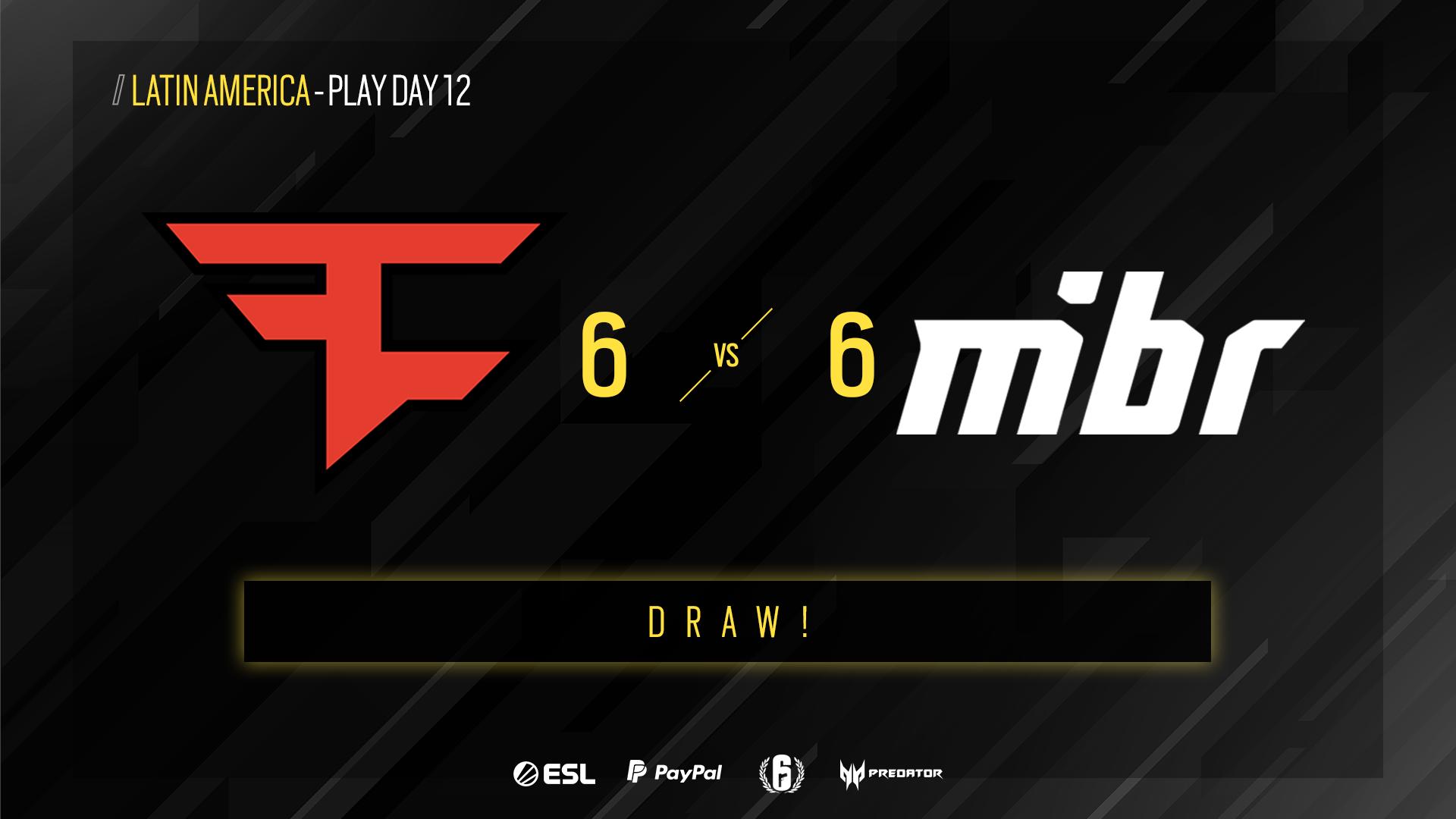 The Rainbow Six Pro League has seen upsets across all divisions this week, but FaZe Clan’s Gabriel “cameram4n” Hespanhol was able to salvage what would have been one the biggest upsets of the season.

FaZe are in a tough position in the Latin American division. Ninjas in Pyjamas stand above them, despite having drawn in their earlier matchup with INTZ, and Team oNe Esports below them. Each team is within one win of each other and without securing the draw against MIBR, FaZe would have been one point away from being overtaken by Team oNe.

Luckily for FaZe fans, cameram4n was having none of it in today’s matchup. With the team desperately in need of some momentum to dig them out of a two-round deficit, camerm4n stepped up big time as MIBR attackers attempted to rush the site. Camerm4n’s answer to this hail mary of a rush play was to slap down each and every MIBR attacker in nine seconds.

The play was impressive in itself but the momentum it gave FaZe made it all that more great. It takes a lot to rally back, especially in this wildly unpredictable region. And although a win would have obviously been ideal, FaZe ended the day with at least one point.

A draw here isn’t catastrophic for FaZe but it doesn’t help them feel any safer. The squad is one win away from overtaking NiP in the first position, but NiP would have to lose as well.

Fans may choose to look at camerm4n’s ace as a stroke of luck, or they can look at it as FaZe’s readiness and ability to punish teams who may get too comfortable. Either way, FaZe denied MIBR the win and that’s all that counts in the LATAM division right now. The second-ranked team will look to rally back even harder for a win on Friday.