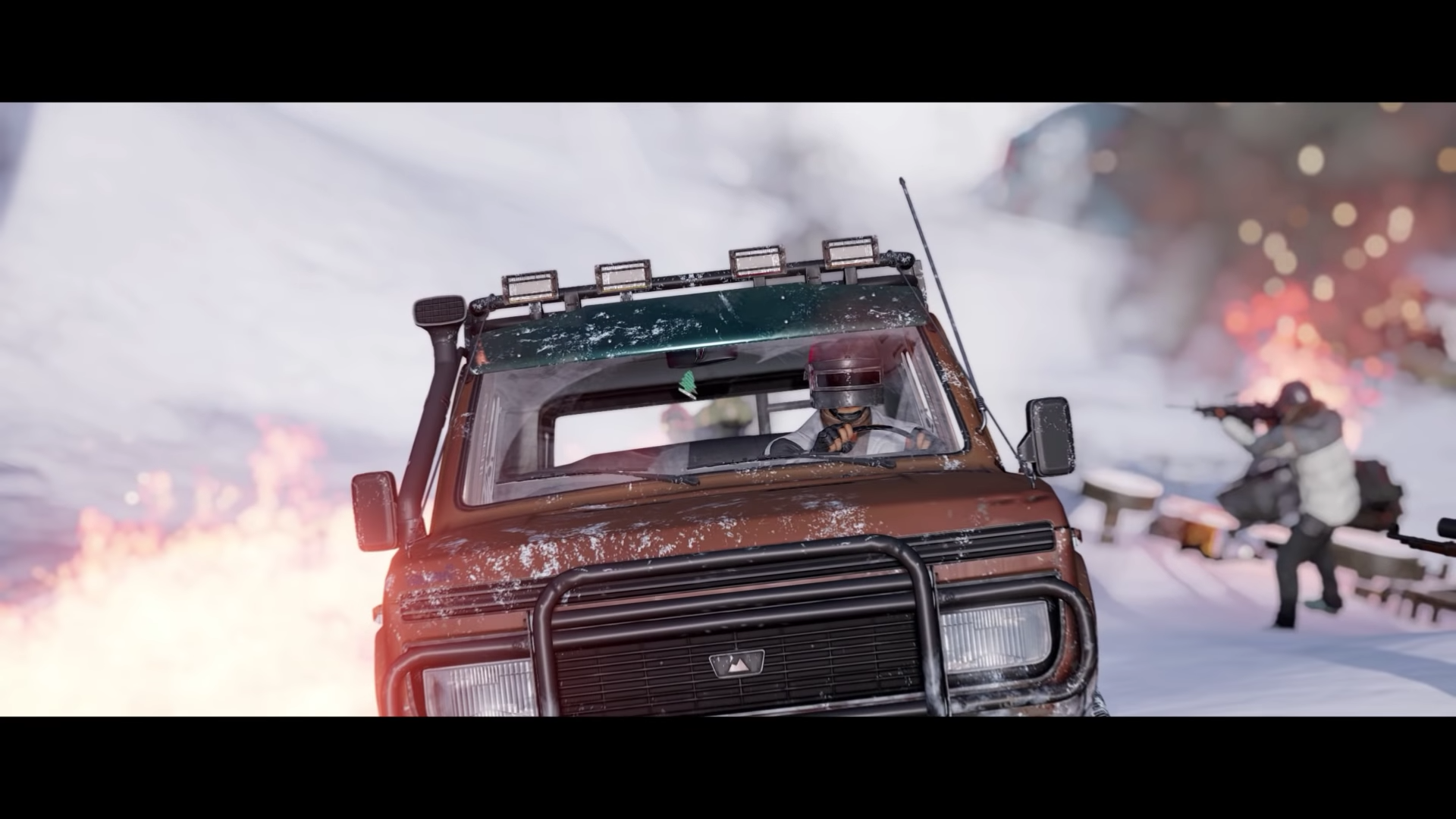 While PUBG Mobile was busy showing off its crossover with Resident Evil 2, the console and PC version of the battle royale game was busy hammering home some important additions to their key gameplay loop.

A 12GB patch has gone live on the test servers for players to try out while the developers finish ironing out some bugs. It might not be available for everyone yet, but the changes it’s bringing to the game will likely make a huge difference to fans.

In terms of new modes of transportation, this update will introduce two vehicles exclusively to the Vikendi map.

After removing the UAZs from the snowy terrain, PUBG has now traded in speed for more control and durability with the new Zima. The cross between a van and Jeep will be easier to maneuver across the map and can take more damage overall.

With the slow-moving equivalent now added for those who wish to play it safe, there’s now a Snowbike for players to zip around the Winter Wonderland in, too. It will replace the standard motorbike when the update goes live, giving Vikendi its own unique set of vehicles.

Players gave the devs some great feedback in regards to how the recently-implemented Flare Gun item worked in private matches and side modes. Apparently, they provided enough feedback for the devs to rework the item and put it live in the standard game.

The Flare Gun will be a rare item that players can use to call in special care packages that will drop in the area where the flare is fired from. The items players get from this supply drop will vary depending on where they fire from. Spawn rates for the Flare Gun are different on every map and they can only be fired after the first blue zone phase is complete.

The most recent Survivor Pass and the sale of level up items will end on Feb. 26 at 8pm CT.

There will be a “grace period” from when the pass ends until March 18 at 8pm CT where players who competed during the time in which the Survivor Pass was active can claim their rewards. Those players can claim their items earned from missions and can use coupons in the store up until that cut off date.

Gameplay, UI, and other fixes

As with every major update, the PUBG dev team added and fixed numerous bugs across the board that will help improve the overall player experience.

For gameplay, the team will begin testing different firing rates on the test servers and collect feedback from users before implementing anything else. The devs also made some changes to how reflective effects work in regards to gun scopes and how going prone works on rugged terrain.

The UI fixes were a little more extensive, especially on one of the most requested changes: The store preview. Now, all of the items a player has equipped will be removed when previewing new items in the store to avoid something obstructing the view of the item being previewed. Players can also select an item set and equip them all at the same time to see how they look together without needing to go to each individual item.

The devs also added more detailed options to view what your friends are doing in the game from both the Steam and Discord launchers. This includes game mode timers and descriptors being displayed without ever launching the game itself.

The full list of optimizations, upgrades, and fixes can be found on the PUBG website, along with more details on where to send your feedback.

With this update being worked on in the test servers, players likely won’t have to wait much longer before the changes start to roll out into the live servers.