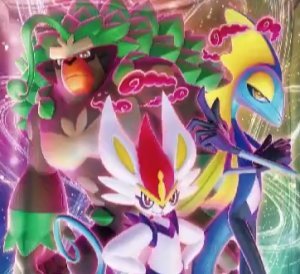 The Pokémon Company has officially unveiled the next set of Pokémon Sword and Shield cards named VMax Rising coming for would-be trainers after the release of the base set.

The set, which is expected to release on Feb. 7, will feature a variety of Galar Pokémon that didn’t get cards in the base set, as well as new VMax and V cards for trainers to collect.

Cards already revealed for the set include Cursola, Duraludon, and Sonia, with more expected to be revealed over time before the set’s release in the next few months.

Based on the appearance of the pack, we could also be getting VMax cards for Cinderace, Rillaboom, and Inteleon, alongside more trainer cards that weren’t included in the original base set back in November.

Trainers in the West who are looking to get the set themselves will have to wait a while. The base set, which Japan has had since last month, will be released in February in places like Europe and US a few days after VMax releases in Japan, so we can expect to be able to get the set in the West closer to May or even June.