They’ll feature Mew and Mewtwo, Lucario and Melmetal, and Garchomp and Giratina GX. 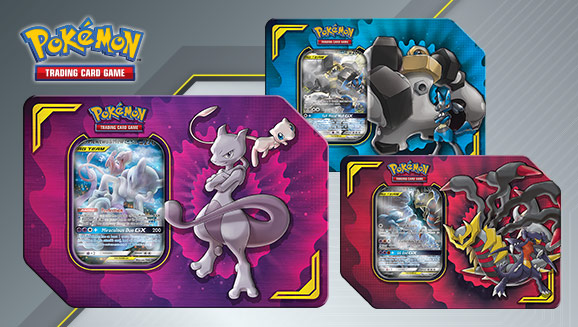 The Pokémon Company has revealed three new upcoming Pokémon Trading Card Game tins, known as Power Partnership, that will offer players a selection of cards and packs on Sept. 6.

The three flagship cards for each tin are TAG TEAM GX cards: Mewtwo & Mew-GX, Lucario & Melmetal-GX, and Garchomp & Giratina-GX. Each tin also features an exclusive design based on the Pokémon card you get.

Anyone who purchases one of the Pokémon TCG Power Partnership tins will also get:

The exact booster packs in these tins haven’t been announced yet. But since the Pokémon featured are from the upcoming Unified Minds set and the previously-released Unbroken Bonds series, the packs will likely be split between them both, similar to the previous TCG tins.