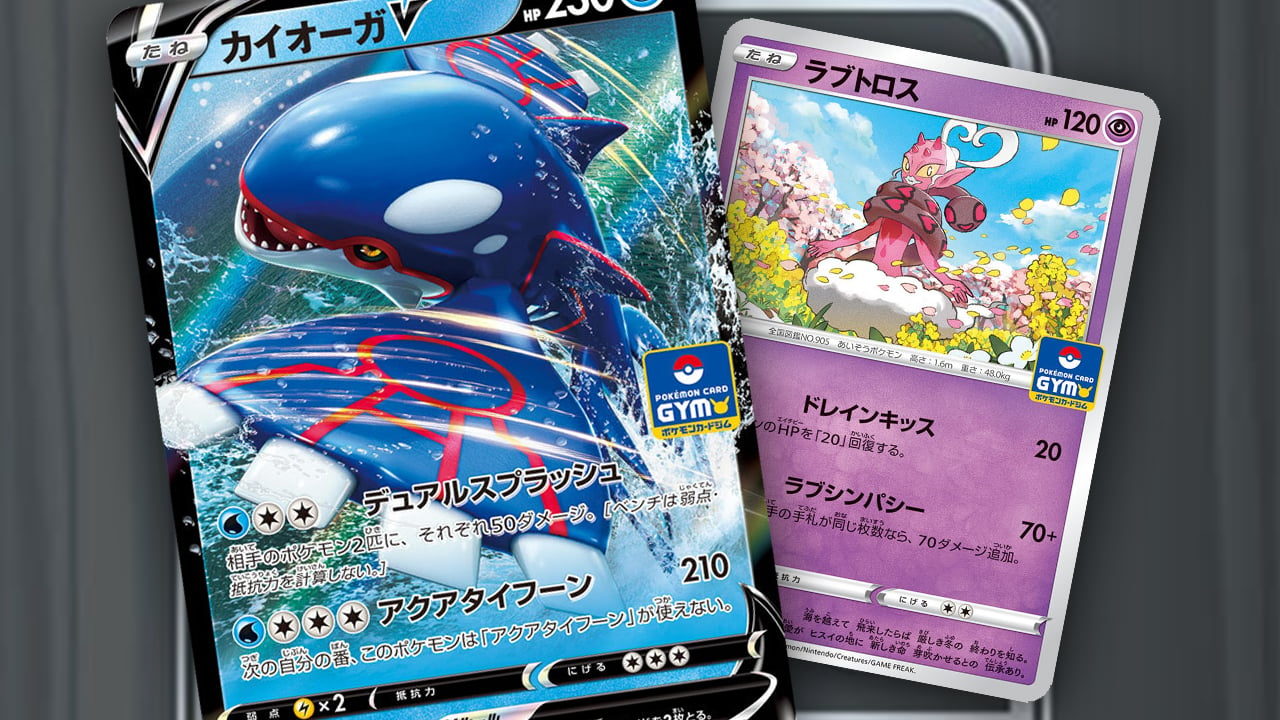 The Pokémon Company has today revealed the contents of new Gym Promo packs being added to the OCG and they feature none other than legendary Pokémon Kyogre.

In these new Gym Promo packs, players will score a random card from a selection of seven. These include Kyogre V, Enamorus, Sunkern, Seel, Elektross, Metagross, and Spelunkers. These cards all boast the Gym Promo stamp.

Alongside a random selection of these Pokemon cards, players also get a reverse holo version of the trainer card Cyllene with their pack.

These packs will be distributed to contestants in gym battle competitions across Japan. Each participant will score themselves one, but the winner of the rock-paper-scissors tournament will take home three.

While these cards will soon begin distribution around Japan it isn’t clear when they will make their way over to the Pokémon TCG.

Pokémon OCG players and collectors have received a ton of news today as new cards from Lost Abyss have now been unveiled as well as the new VSTAR Special Set. In this upcoming VSTAR Special Set, collectors will have their chance at scoring VMAX forms of Zacian, Zamazenta, and Rotom.

The new Lost Abyss cards feature VMAX Kyurem and VSTAR Drapion. They will join all of the other previously revealed cards as part of Lost Abyss launching in Japan on July 15.

Fortunately for those in the west, many will make their way into our September set Lost Origin so you won’t have long before you’re able to add them to the collection.