Pokémon Go players in the U.S. received a gift from Samsung today. A set of tie-dyed avatar clothing is available for Samsung customers in the U.S. as part of the Summer of Galaxy promotion.

If you have a Samsung account, you can receive a reward through the company’s official site to receive a special tie-dye hat and T-shirt in the game. It’s unclear if these cosmetics will be released outside of the U.S., however. 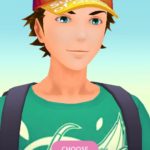 This dyeing technique was popularized in the mid-1960s in the U.S. The colorful clothing was mostly associated with Hippie groups, but it’s recently become a trend among Tik Tok users.

The tie-dye process typically consists of folding and twisting a piece of clothing, like a T-shirt, binding it with a string or rubber bands and applying the dye. In the Tik Tok trend, people are using bleach to create the iconic tie-dye patterns in a DIY process.

Samsung’s Summer of Galaxy promotion will give weekly rewards to the company’s customers. Pokémon Go is just the first application to benefit from this promotion. Rewards are coming to Fortnite, Forza Street, and Netflix in the following weeks.