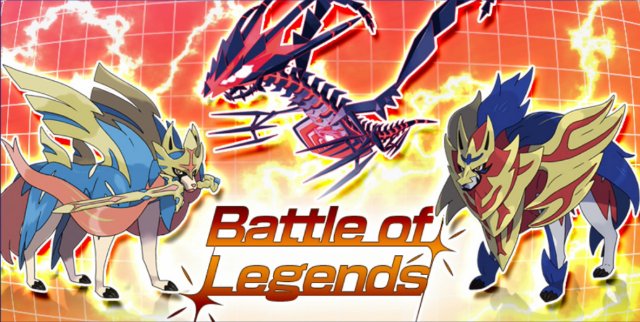 The Battle of Legends will be the next online competition in Pokémon Sword and Shield. And for the first time, players will be allowed to bring one of 22 legendary or mythical Pokémon in their party.

Registrations are open until Oct. 15 and all players who enter will get 50 Battle Points. The competition itself will start on Oct. 16 and run until Oct. 18. Trainers will have a limit of 15 battles per day when the Battle of Legends begins.

It will follow a Double Battle format based on the series six ruleset. You can form a team of up to six Pokémon from level one to 100, but all Pokémon will be set to level 50.

All Pokémon in your party need to have been caught in the Galar region, though.