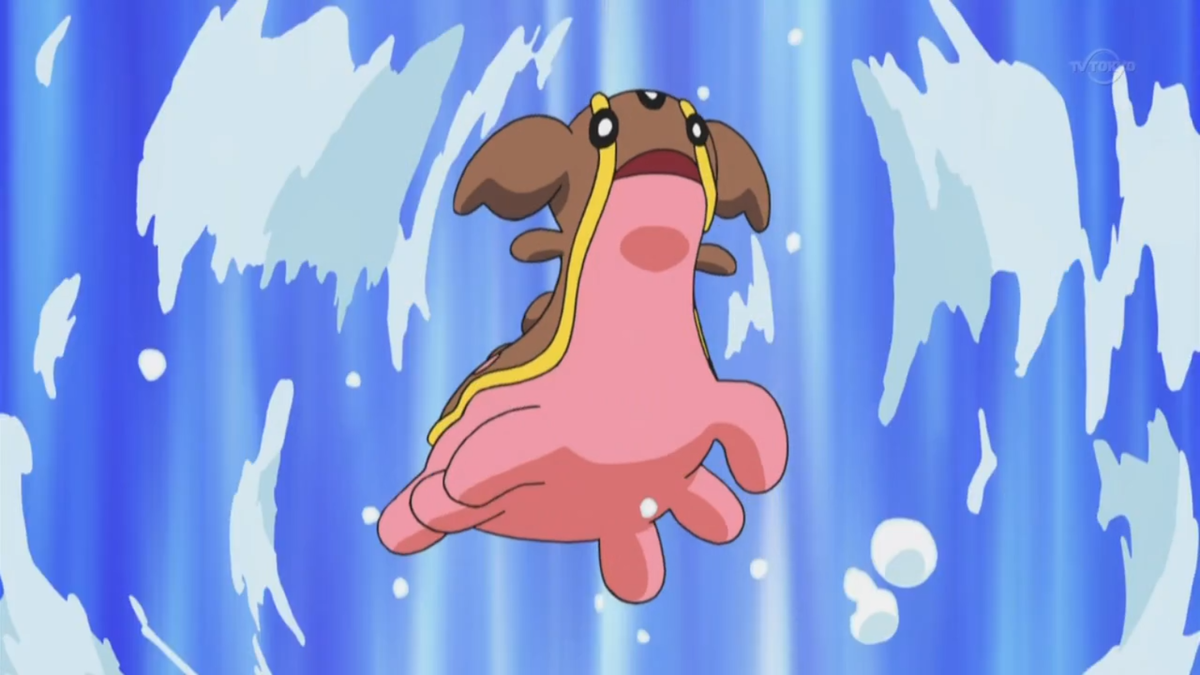 Nintendo has a hard time hiding information around the time Directs are announced and The Pokémon Company is apparently no better, considering some of the information set to release in the upcoming Pokémon Direct might have leaked.

We already knew that the Direct was going to focus on Pokémon Sword and Shield, but now we seem to have an idea of at least one thing that will be shown during the presentation.

In a now-deleted Tweet, the Play Pokémon account, which is used to talk about competitive aspects of the game and events posted an image that featured a Pokémon that is not available in Sword and Shield – West Sea form Gastrodon.

The Sea Slug Pokémon is available to capture in the newest games, but not in its pink form. Only its blue and green East Sea form appears in the game, with no sign of the West Sea Gastrodon or Shellos anywhere in either version.

The entire image was just used to showcase that Gyrados can deal with other Water-type Pokémon because it has access to Power Whip thanks to a Technical Record in this generation, but that isn’t new information.

There are several things that the inclusion of the West Sea Gastrodon could mean in that image which caused the account to delete it later, and all of them are very possible considering how close to the Direct we are.

For starters, it could have just been an accident using that image in the post since people have already added the absent Gastrodon form to the game through modding. In those mods, West Sea Gastrodon is completely playable in every format except online.

The second option is that more forms for the Pokémon already included in Sword and Shield are being added at some point in the near future.

Gastrodon is just one of several Pokémon in the games that have other forms available, including the original versions of the creatures that received Galarian variants. Considering the Kantonian Mr. Mime is already obtainable through an NPC trade makes this seem very likely and something that would please a lot of players.

The last possibility is the one that most people are hoping is true, and that is that this form being shown means Pokémon Home is going to be talked about during the Direct and will be made available soon.

That would let players transfer Pokémon that are included in the Galar Pokédex over from older games and put them into Sword and Shield. This will, in theory, include the various forms of Pokémon not included in the base game, such as the West Sea Gastrodon and the original forms of creatures like Ponyta, Yamask, and others.

Either way, we will learn if any of these theories are correct when the 20-minute Pokémon Direct airs on Jan. 9 at 8:30am CT.