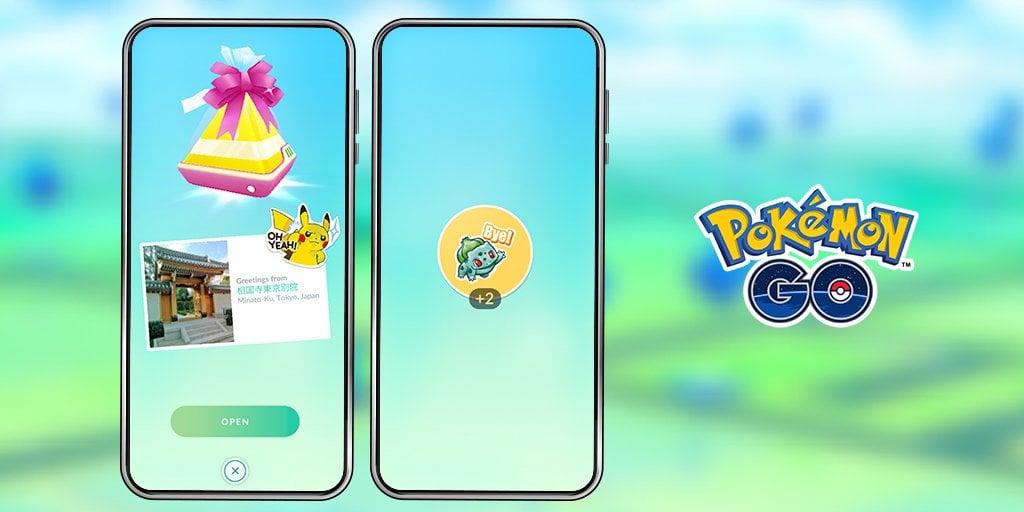 Pokémon Go is introducing two new features in its latest update: the ability to attach stickers to gifts and Raid Invites.

Both features will be heavily limited at the start while more improvements and options are added for each of the new additions.

Raid Invites will finally let players invite their friends to participate in various raids with them, regardless of where they live in the world. This means a player in the U.S. can invite friends from Japan and other areas of the world with ease.

But the player inviting their friends to the raid must be competing in it in-person, not remotely. That player can then invite up to five friends to play, as long they have a Raid Pass to take part in it. Once invited, players will see the raid in their Nearby and push notification menus.

Requiring an in-person aspect for the Raid Invites system seems a little backward compared to previous updates from Niantic that focused on letting players play from home during the COVID-19 pandemic. But further changes could be made once the feature is actually up and running within Pokémon Go.

As for the new stickers, players will be able to attach the item to gifts being sent to friends. This will initially be limited to one of five original stickers that will all only be able to be used once. You’ll be able to obtain stickers through opening gifts, with more stickers becoming available in the future.

Later on, players will also be able to buy stickers in the shop, though prices and other details have not been revealed for that aspect of the feature yet.