ASMR is officially a Pokémon thing, too. 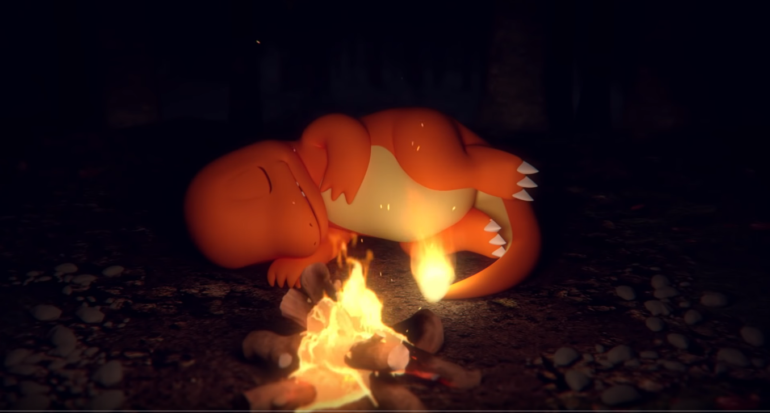 ASMR is nothing new, but the Japanese Pokémon YouTube channel posted a video yesterday focusing on that type of content to its audience of over one million subscribers.

If you enjoy listening to the crackling of a burning fire, then you can now enjoy it with the added company of an animated Charmander that just wants to grab a quick nap.

The video is 30 minutes long and doesn’t feature much noise coming from the Pokémon, but it’s labeled on YouTube as ASMR and has nearly 450,000 views after only being up on the channel for a day. It seems odd that this video is going up on the main YouTube channel for the brand in Japan, but it was done to push viewers to another channel.

“This is a ASMR video for those who need a gentle Pokémon touch in everything,” the description reads. “Watch/listen as Charmander sleeps quietly by your side, with only the crackling sound of burning woods as an accompaniment to the peaceful image.”

Right underneath the description of the video itself, there’s a link to the Pokémon Kids TV channel, which is used to push completely kid-friendly content through YouTube’s algorithm.

The first video that the link takes you to is a second ASMR video, this one labeled “Chespin’s Happy Snack Time,” which simply shows the Grass-type starter munching on some sweets. It was uploaded around the same time as the Charmander video and links back to it, so it’s likely that this content is going to continue.

The strangest part of the Chespin video is that the title also includes “Kids Song,” which means that whoever is optimizing these videos for YouTube as a platform is trying to push it through the algorithm as something that kids can listen to and enjoy. The “Charmander’s Fireside Slumber” doesn’t feature the same tag, but comments are disabled on both videos.

ASMR, or Autonomous Sensory Meridian Response, is a type of content used to stimulate specific responses out of the human body by using audio and visual cues. It’s become a popular form of content on both YouTube and Twitch over the last several years and still draws in millions of viewers each month.

The fact that Pokémon is now releasing ASMR content, especially on a channel that’s pushing videos to children, seems a bit weird. But if it draws in new viewers for the YouTube content that both channels are putting up, there might be more strange Pokémon-related audio content in the future.