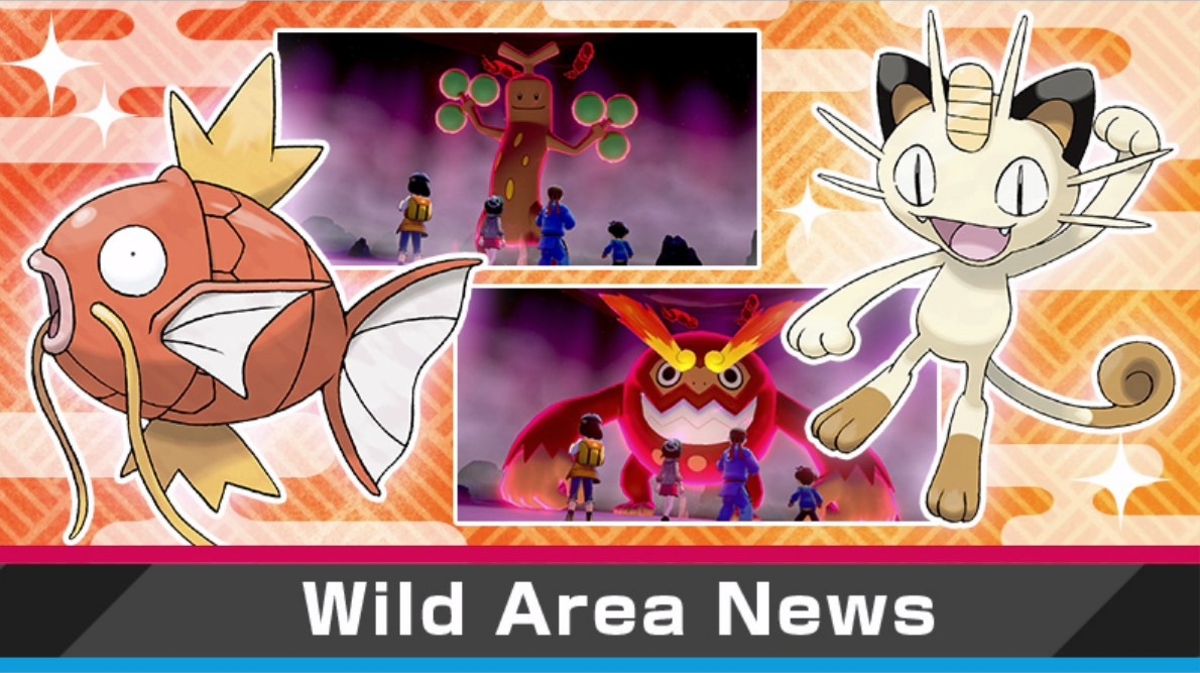 Pokémon Sword and Shield players can ring in the new year with some huge encounters, accompanied by gifts that will have them rolling in in-game currency.

The New Year Max Raid Battle event has started in Pokémon Sword and Shield, enabling players to encounter Pokémon attributed to New Year celebrations more frequently. After defeating these Dynamax Pokémon, players will also be awarded large amounts of Nuggets and Big Nuggets that can be sold for large amounts of money.

The Pokémon featured in this year’s New Year event are Magikarp, Kantonian Meowth, Bonsly, Sudowoodo, Unovan Darkumaka, and Unovan Darmanitan. For players that do not have access to the game’s DLC or Pokémon HOME software, this is one of the few ways that they will be able to obtain the Kantonian form of Meowth and Unovan forms of Darumaka and Darmanitan, rather than the Galarian forms present within the region. Players have the chance to encounter a guaranteed Shiny Magikarp at a 2 percent rate in Raids, although they will likely encounter regular Magikarp more often.

Up to nine Nuggets can be awarded after the completion of each event Max Raid Battle. A single Big Nugget is guaranteed to drop alongside normal Nuggets. These items can be sold in Pokémon Centers for 5,000 Poké and 20,000 Poké respectively. Normal Raid rewards such as Berries and TRs will not be available from these Raids.

The New Year Max Raid Battle event in Pokémon Sword and Shield is now available, with increased appearances of event-specific Pokémon until Jan. 9.