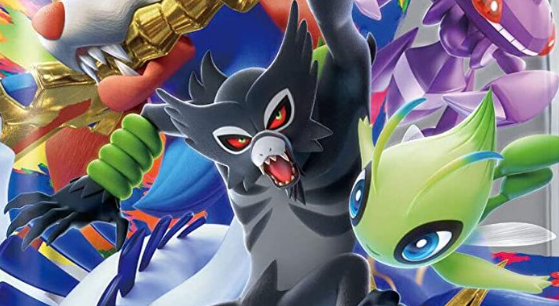 The new Pokémon TCG expansion subset was revealed earlier today, bringing with it a ton of new cards based around the Pokémon series’ legendary creatures.

The subset, called Legendary Beat, is set to release on July 10. It will feature a small pool of legendary Pokémon cards, including the debut of the Mythical Pokémon Zarude from Pokémon Sword and Shield.

Some of the other Pokémon that will be featured in the expansion are Zacian, Zamazenta, Genesect, Lugia, and Celebi. Jirachi and Rayquaza also had their cards shown off earlier today.

The new set will bring a new rarity of cards to the game known as Amazing Rares. These cards have big effects in-game but cost a lot of energy to use. The cards aren’t likely to be used in-game, however, since they require up to three different types of energy cards to be attached at one time to be used, such as Jirachi and Rayquaza’s new abilities.

The set is unlikely to come over to the West in its current form and name, however. It’s more likely to be included with another expansion in the future when it does release elsewhere, similar to other subsets that have come out in the past in Japan.