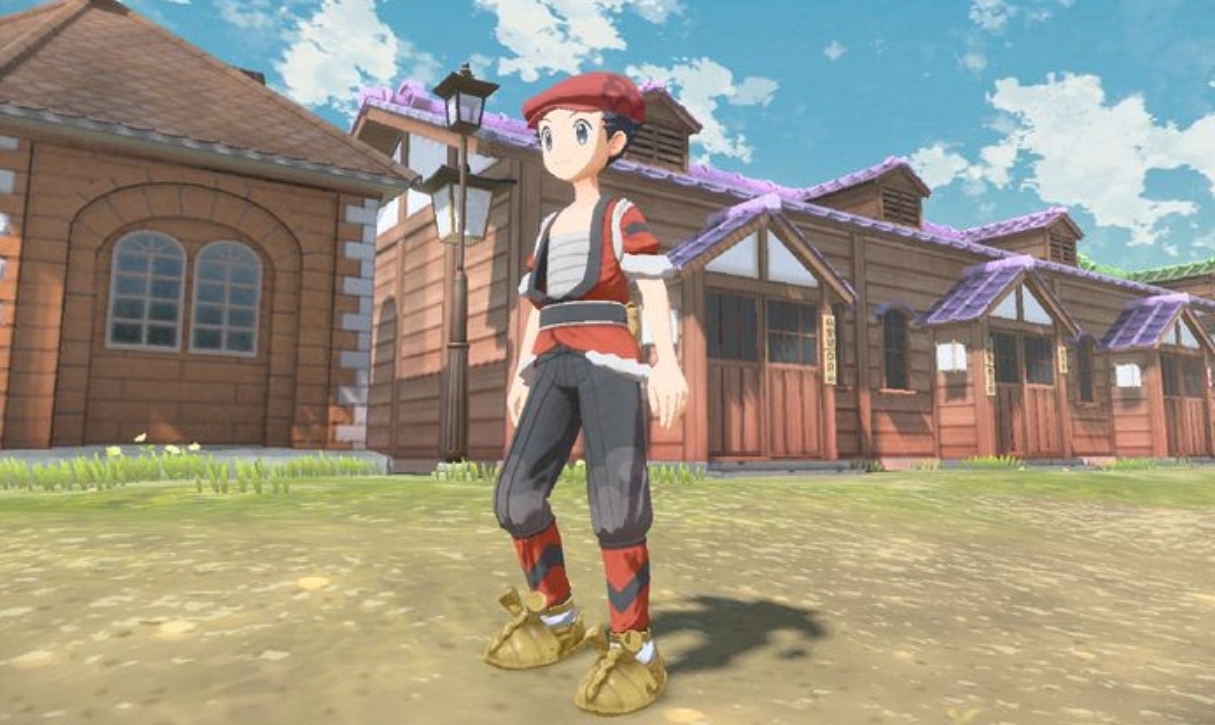 Pokémon Legends: Arceus will transport fans to the past. But the introduction of fresh features should make it all feel new.

Nintendo gave a sneak peek at Pokémon Legends: Arceus gameplay in today’s Pokémon Presents showcase, revealing everything you can expect from the action RPG. The ancient lands of Hisui bring regional variants and new evolutions, as well as unique battle mechanics for the open-world concept. And players will be able to collect materials during their travels, crafting them into various items by using a workbench.

Here are all the new features revealed today that are coming to Pokémon Legends: Arceus.

Similar to the Alolan and Galarian Forms, Hisuian Pokémon will have features unique to their region. The Hisuian Growlithe, for example, will maintain its Fire element while also adding the Rock type to the mix. It has longer fur than its original counterpart so it can thrive in the colder region. And a sharp horn on its head made of rock gives it a distinct fighting style. Braviary will also have a Hisuian form that’s bigger than its previously discovered version, adding psychic power to its screeches.

While those are the only Hisuian forms revealed at the moment, there are also two new evolutions that will debut in Pokémon Legends. Wyrdeer, evolved from Stantler, is a regal Normal and Psychic type. The fur shed from its beard, tail, and legs are sought-after materials because of how well they protect against the cold. And Basculegion, evolved from Basculin, are possessed by the souls of its comrades that couldn’t “withstand the harsh journey upstream,” according to the official website. The Water and Ghost Pokémon “fights together” with those souls to deal devastating damage.

Catching Pokémon will be multi-faceted in Pokémon Legends, allowing you to toss Poké Balls or send out your companion to weaken your target first. Players will have to learn a wild Pokémon’s behaviors, seeking them out in different weather and ecosystems. And since Pokémon will react differently to your presence, players might have to sneak up on some types to not risk letting them get away.

Pokémon Legends: Arceus will also offer a new change of pace to the typical turn-based battle system. A Pokémon’s stats determine how many actions it can take in comparison to its opponent, allowing it to dish out multiple attacks in a row or healing up after an action. The introduction of Agile and Strong Style further supports this system, allowing players to change the way a move is unleashed. Agile Style raises the user’s speed, lowering the move’s power but allowing your next turn to come quicker. Strong Style, on the other hand, raises the move’s power but lowers its speed.

Even though the crafting mechanics weren’t mentioned during Pokémon Presents, the official website was later updated with information on the system. An image shows “necessary materials” needed to craft a Poké Ball, which appears to take four Apricorns and seven Tumblestones to make. The Poké Ball also takes a departure from the typical ones used in previous games, having a more venerable and ancient look. Nintendo also revealed the craftable Heavy Ball, effective at catching Pokémon that haven’t noticed you, and a Smoke Bomb the reduce visibility in the area.

Crafting materials will be found when exploring the region, using workbenches found in Jubilife Village and base camps. While players will likely be able to craft different types of Poké Balls, it’s unclear what other items can be created.

Pokémon Legends: Arceus releases for the Nintendo Switch on Jan. 28, 2022.