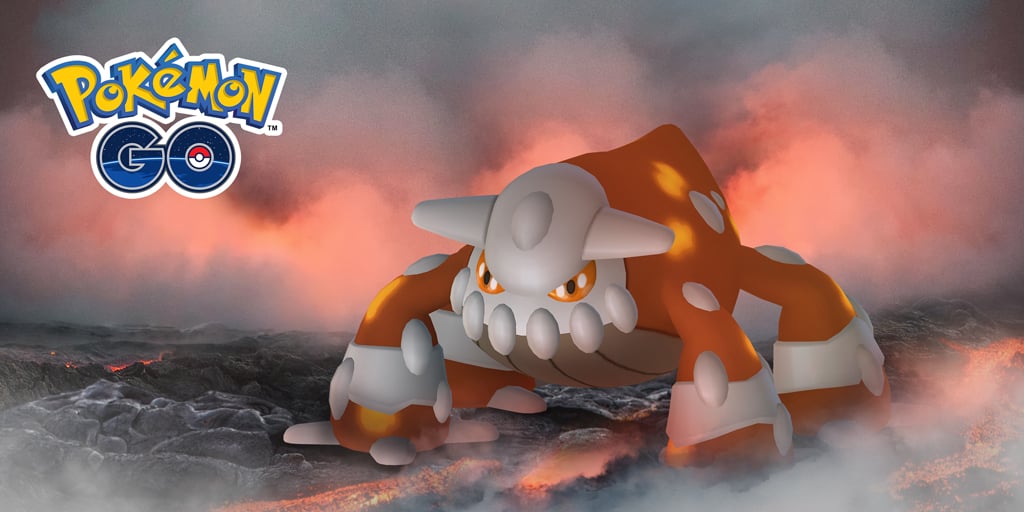 Another legendary Pokémon is coming back for another round in raids. Heatran will return to the Pokémon Go raid rotation on Aug. 21, Niantic announced today.

The Fire/Steel-type from Sinnoh will be replacing Genesect once the final Ultra Unlock Week ends and will be available until Sept. 10.

None of the other raid rotations have been revealed, but Heatran should be enough of a draw to get players hunting for five-star raids despite the lack of Special Timed Research. You’ll want to bring a team of Water, Fighting, and Ground-types to try to beat its steely defenses and tank the flames.

Heatran is known to live within volcanic caves and gets the drop on its opponents because it uses its cross-shaped feet to crawl along the ceilings and walls. In Pokémon Go, it can have Bug Bite and Fire Spin as its Fast Attacks, while a variation of Flamethrower, Fire Blast, Stone Edge, or Iron Head will be its Charged Moves.

Its signature attack, Magma Storm, hasn’t been added to the game and it doesn’t have access to a special Steel-type move like Flash Cannon yet. That hinders it slightly because it’s known for being a good bulky, physical attacker that can wall out some serious threats.

Heatran will be available from Aug. 21 to Sept. 10. You’ll want to make the most out of the ongoing Unova Week Ultra Unlock bonuses before they expire and you set out to hunt for the Lava Dome Pokémon.