As promised, Game Freak and Nintendo have given us a huge list of details, features, and functions that are all going to be included in Pokémon Home when it launches in February, and most of it is good news for new and old players.

Home is not only going to replace Pokémon Bank, but it will also have a Global Trade System built into the app and let you view in-depth details about each of your Pokémon similarly to the function in Pokémon Go. However, there will be some pretty stark differences between features available in the Free Plan as opposed to the Premium Plan.

Based on all of the information available through The Pokémon Company and the official Pokémon website, here is everything that we currently know about the Pokémon Home app for mobile devices and the Nintendo Switch.

But before that, here is what the Premium Plan costs before you look at what the app actually has to offer.

The main focus of Home is letting players transfer Pokémon from older games to Sword and Shield as long as the Pokémon are eligible to be moved over. This feature will work with Pokémon Bank on the Nintendo 3DS, Pokémon Go, and both Pokémon: Let’s Go, Pikachu! and Pokémon: Let’s Go, Eevee!

Each game will function differently in response to Home being used alongside it, with Sword and Shield only being able to swap Pokémon between eighth generation games, deposit Pokémon on the service, or receive Pokémon from older games as long as they are eligible. However, Bank, Go, and the Let’s Go titles all work a lot differently.

For both Let’s Go Pikachu and Eevee, players can move Pokémon between the two titles or into Sword and Shield, but they can’t receive Pokémon from older games outside of Go, which is a feature already available in the game itself. And once a Pokémon is removed from Let’s Go it can’t be returned to the games because they have different statistical values and other aspects that don’t apply to other games in the franchise.

Pokémon Go is also a one-way street and can’t receive Pokémon from other titles, though that was made apparent when it wasn’t possible to get Pokémon from Let’s Go despite having a link functionality with the game.

And just like Pokémon Bank is a premium service, in order to link and transfer Pokémon over from older 3DS titles and beyond you will need to have the Premium Plan for Home. This will allow you to transfer all of your Pokémon from any game beyond generation two into Sword and Shield as long as you can get them into Bank.

Game Freak is also offering a special deal for the first month of Home being available by making Bank and the Poké Transporter tool available for everyone to use for free. You can find more information about Pokémon Bank and its functionality on the official Pokémon website.

Trading via Wonder Box or GTS

The Global Trade System is making a return in Home and will let players trade with friends across the world using the Pokémon stored on your account. We still don’t know all of the details about each trade function, but here is what we know about each of them. 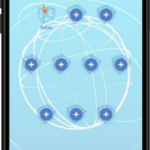 What looks to be a passive version of Wonder Trading, you can place Pokémon into a special box and they will be traded away without you having to do anything. Using the Basic Plan you can put three Pokémon into a box at once, while Premium users can deposit up to 10.

The GTS is a way for players to specify exactly what Pokémon they are looking for in a trade, which means you can search for someone who meets you specifications even if you are looking for a Pokémon you haven’t registered in your Pokédex. But again, you will be limited to only placing one Pokémon in the GTS at a time on the Basic Plan, while Premium users can deposit three at any time.

Much like trading with friends in the old Union Rooms, Room Trades are just expanded versions of that which will allow up to 20 trainers to join a room and trade with each other. However, the trades in this room are all done to where no one knows what Pokémon they are receiving and from whom until the trades are all complete.

There is also no Premium exclusivity with these features other than you can’t host a room yourself, which shouldn’t make much of a difference considering the recipients of a trade are completely randomized anyways.

The basic form of trading that you have always been able to do in Pokémon where you and a friend get together and trade Pokémon over a single connection. No part of this feature is locked behind the Premium Plan.

A lot of extras, too

There are so many other features that are going to be available within Pokémon Home, with just a few being the National Pokédex making a return with full 3D models of the original Pokémon artwork that all looks amazing, as well as the ability to Judge your Pokémon like in Go.

So here is a break down of each of those extras too.

Pokémon you add into your Home registry will automatically be added to your National Dex and any extra forms such as Mega Evolutions or Gigantimax forms will also be documented as separate entries. All of these will come with unique art, full-text entries, and the option to check details about its abilities and what moves it can learn.

You will also be able to determine which games it is compatible with a convenient menu below the main image, which will let you know if you could use it in Sword and Shield or not.

On the mobile version of Home, you will occasionally receive special gifts that can be for Sword and Shield or even specific gifts just for Home. There will be a dedicated menu for this feature with the ability to scan codes and patterns, as well as enter local events, which could hint at some future uses of the app.

A Premium only benefit, the Judge function will let you see just how strong you Pokémon are by looking at their IVs and other metrics.

This is one we don’t know a lot about yet, but it appears to be more of a profile editor with stickers and other collectibles that you can obtain for doing tasks and challenges with the app. More info will be available closer to launch.

The Battle Data checker will let you see how various factors of an online competition for Sword and Shield are broken down. This includes Pokémon and Move usage percentages, but it will be coming post-launch.

You can also check the news about upcoming events, gifts, and other information using the app.

Lastly, Pokémon Home Points are a currency which can be built up by depositing more and more Pokémon into the app. This will be transferable into BP that you can use in core Pokémon titles to buy competitive items.

And now that all of the information is out of the way, here is a breakdown of both the difference between the Basic and Premium Plans, as well as an additional table showing the features that will be locked to the Switch and mobile versions of the app.

Pokémon Home is set to launch sometime in February, but no date has been confirmed yet.