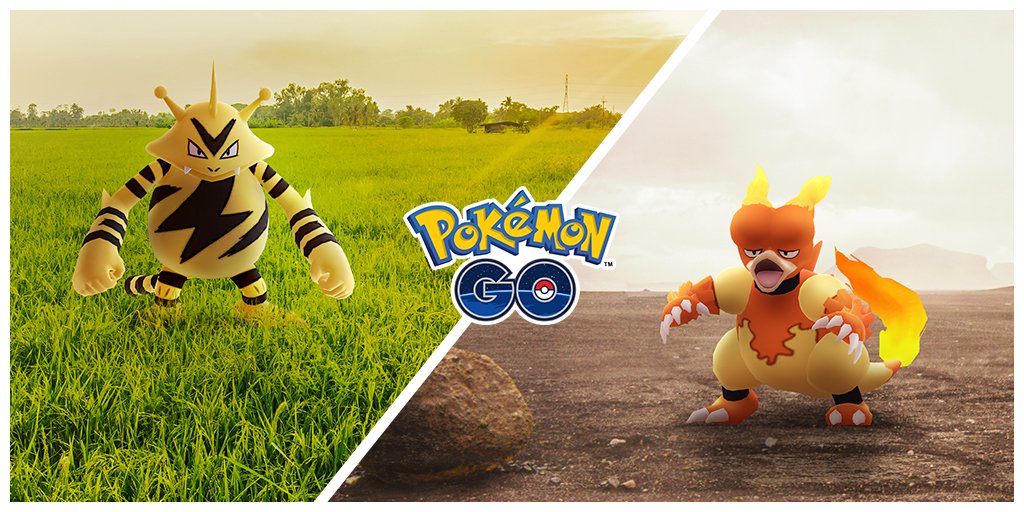 Pokémon Go is doubling down on Community Day events again in November, featuring another pair of Kanto’s most popular Pokémon.

Electabuzz and Magmar will be featured next month on Nov. 15 and 21, respectively, from 11am to 5pm local time each day, Niantic announced today.

The special duality of this pairing is that when you evolve the Pokémon into Electivire or Magmortar, they’ll learn Flamethrower and Thunderbolt, respectively. This just gives both powerhouses more coverage when you throw them into the Battle League.

For both events, event exclusive Timed Research will be running and will reward participating players with Sinnoh Stones, which are needed to evolve both Electabuzz and Magmar.

Elekid and Magby will both be hatching from two-kilometer eggs obtained during the event. And Special Research stories for both evolutionary lines will be available to unlock for $1.

It seems like Niantic is falling back on the stability that Kanto Pokémon bring to Community Day participation again. This is the fifth straight generation one Pokémon featured, with the last two being Porygon and Charmander.

If you want to ensure you get your Flamethrower Electivire and Thunderbolt Magmortar, don’t forget to evolve them during the event or in the short grace period after it ends.