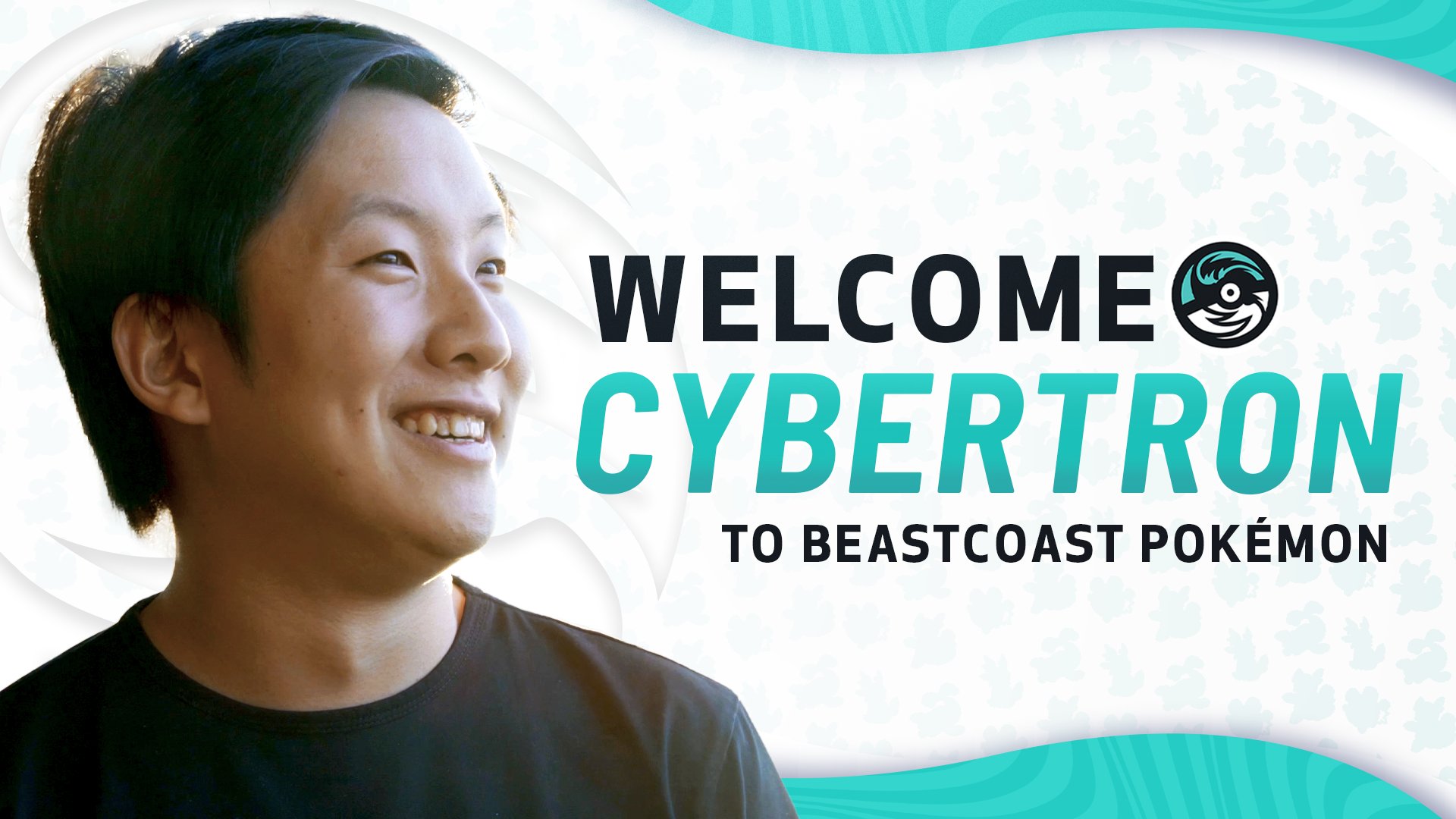 Beastcoast has slowly been growing its presence in Pokémon, signing various creators and competitors to its banned. And after a brief teaser yesterday, the organization has officially signed multi-time Worlds competitor and content creator Aaron “Cybertron” Zheng.

Cybertron has been a high-level competitor in the Pokémon VGC for more than 15 years, with his first competitive appearance being in 2008 right as the official Pokémon circuits were being established.

During his time competing, Cybertron has recorded top cuts at several Regionals, World Championships, and various other events, including a third-place finish at Worlds 2013. Most of his recent appearances at larger Pokémon events have seen him as a commentator and analyst for the official English broadcasts hosted by The Pokémon Company.

And while he is currently best known as a Pokémon content creator and official commentator, he plans to make a serious effort to compete again once physical events return.

“If I’m being realistic with myself, the main goal I have is to win the World Championship, but its obviously been a while since I’ve played,” Cybertron said. “Winning a Regional Championship would be nice, making a deep run at the International Championships. Really just take it one step at a time honestly and see where things go. Definitely at least qualify for Worlds.”

As for joining beastcoast, Cybertron was impressed by the organization’s enthusiasm for competitive Pokémon and the lineup of creators that were already signed on.

With his focus on trying to get more players into Pokémon with his content, he is excited to partner with fellow VGC competitor James Baek, along with Chaotic Meatball and Celio’s Network, to make content for a casual and competitive audience.

“My goal with content creation has always been to help more people get into the scene whether it be competitive or casual,” Cybertron said. “I’m mainly excited to have fun making content with people who all really love Pokémon.”

For the organization, beastcoast now has four creators working within its Pokémon division as it tries to expand and become a primary sponsor in that scene.