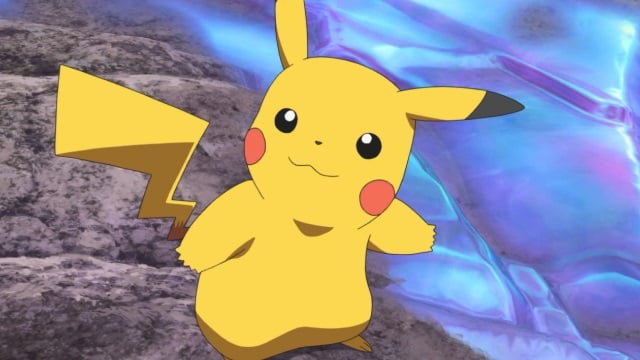 Pokémon Go’s Throwback Event brings the first four generation’s Pokémon to mobile each week of May. During this event, special versions of the Pokémon mascot, Pikachu, wearing four different hats will be available for trainers to catch.

They’ll spawn during each week’s event alongside other Pokemon that originate from that region. And you’ll be able to face legendary Pokémon with the Research Rewards.

The hats pay homage to the Pokémon that were featured in Google’s Pokemon of the Year voting, which took place in February. All of the hats have Pokémon positioned in the top 10.

The first-place Pokémon from the Kanto region is Charizard. So we can expect Pikachu wearing a Charizard hat spawning in the wild. Charizard took fourth place in the voting.

The first-place Pokémon from the Johto region is Umbreon. A Pikachu with an Umbreon hat on its head should be available during this week. Umbreon came in fifth in the voting.

Rayquaza was the top vote-getter from the Hoenn region. Are you prepared to see a Pikachu wearing a Rayquaza hat? Rayquaza took eighth place in the voting.

The best-placed Pokémon from the Sinnoh region was Lucario. So we can expect Pikachu wearing a Lucario hat spawning for you to catch. Lucario came in second place in the voting.

Aside from the Throwback Event, there are other special, limited-time Pikachus, like Summer Styling Pikachu, Witch Hat Raichu, Ash Hat Pichu, and Party Hats.

Pikachu hasn’t been the only special Pokémon, though. In July 2018, Squirtle gained a special edition with sunglasses, as well as its evolutions, Wartortle and Blastoise, for the July Community Day.