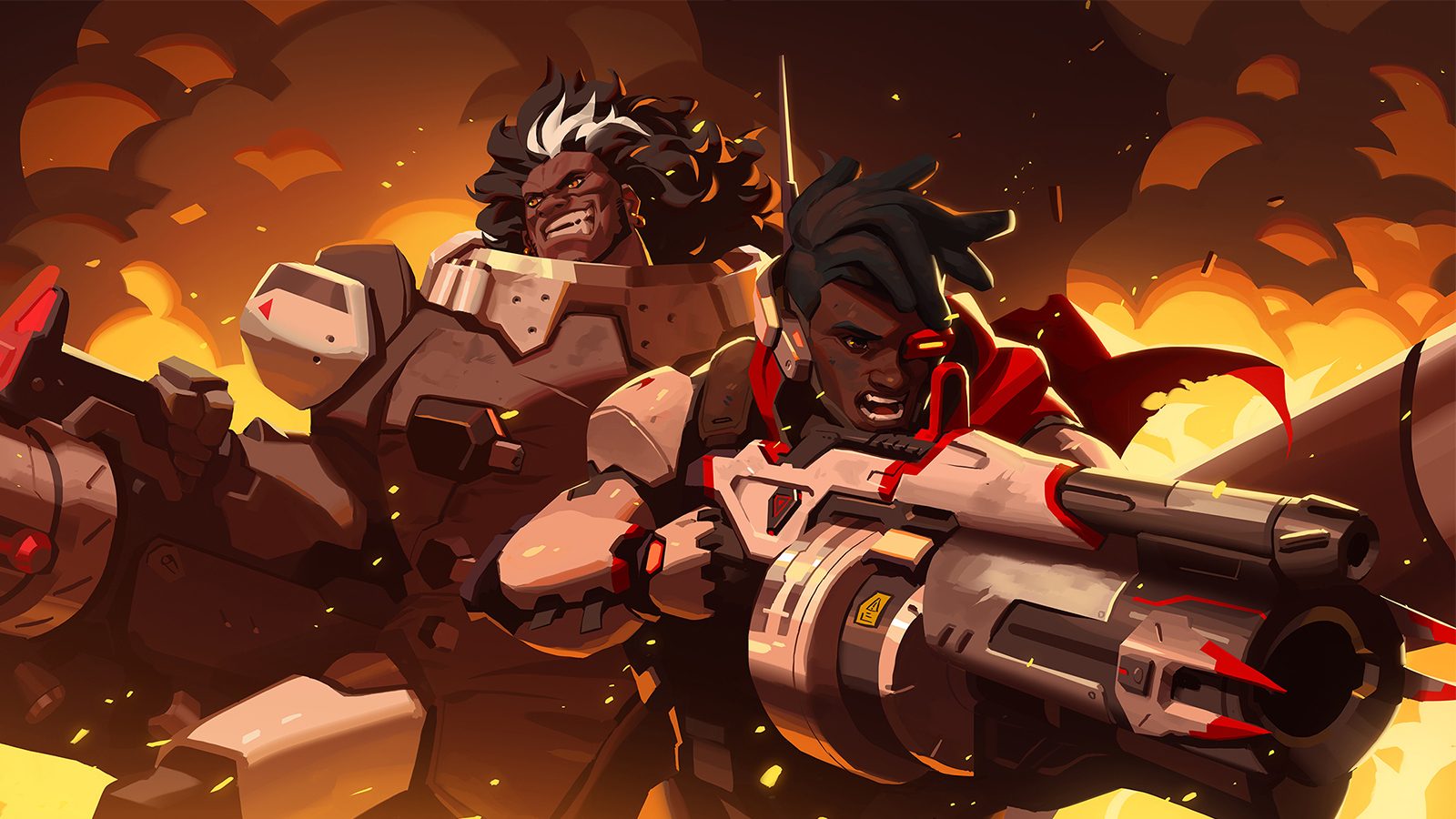 Overwatch 2 has just announced a new support hero, Kiriko, after months of speculation about a possible “fox girl” character. But in pure gamer fashion, the Overwatch community is already speculating about what hero is coming next.

Unlike in the past, when Blizzard was extra secretive about what hero was joining the roster, the developers have created a roadmap for Overwatch 2 thanks to its new battle pass system. The content roadmap says that a tank hero will be arriving with OW2 season two as part of the battle pass.

It’s currently a mystery, however, who this tank hero will be. The Overwatch community has some ideas, of course, with most fans throwing around the name Mauga.

Mauga was first mentioned in Baptiste’s short story when the support hero was launched. In “What You Left Behind,” Mauga could be seen with a bunch of tattoos and vibrant clothing, making him a standout in the story. When in battle, Mauga is equipped with heavy armor, an energy shield, and a pair of machine guns, making him seem like the perfect tank hero for the new aggressive meta.

As the Overwatch community started whispering about the possibility of Mauga, a post on Reddit seemed to confirm suspicions.

A French content creator known as Potxeca had interviewed prominent Overwatch 2 developers in a since-deleted video, with names like Aaron Keller and Geoff Goodman potentially mentioning that Mauga could be the next tank hero after Junker Queen.

Of course, this still wasn’t from Blizzard itself, leaving many skeptical. Others noted that plans can change, meaning even if the source is legitimate, the developers could decide down the line to go with another hero instead.

While Mauga has definitely been whispered about ever since, Blizzard has not confirmed or denied that Mauga is coming to the ever-growing roster in Overwatch 2.

When the game initially launches, there will be 35 heroes, including Sojourn, Junker Queen, and Kiriko. The new heroes are all equipped with a kit that’s perfect for the new five-vs-five playstyle and are designed to have fewer hard counters to provide players with a broader range of effective heroes in any situation.

According to a recent blog post from Blizzard, the new heroes coming with each season, including Kiriko and the upcoming tank, will not be used in Competitive modes for a few weeks after the season launches. This will allow the developers to fine-tune each hero as needed and provide ample time for players to experiment with them.

“Because of this shift in design approach to heroes, we believe that launching new Overwatch 2 heroes through the Battle Pass system is fair to our players, respects the competitive nature of the game, and aligns with our goal of supporting Overwatch 2 as a live service moving forward,” the developers said.

New heroes will be unlocked at tier 55 on the free track of each battle pass. Players will get them automatically when they purchase the premium version of the battle pass.

After the new tank hero is introduced in season two, Blizzard said there will be a new hero every other season. This means that there should be additional heroes in seasons four and six.