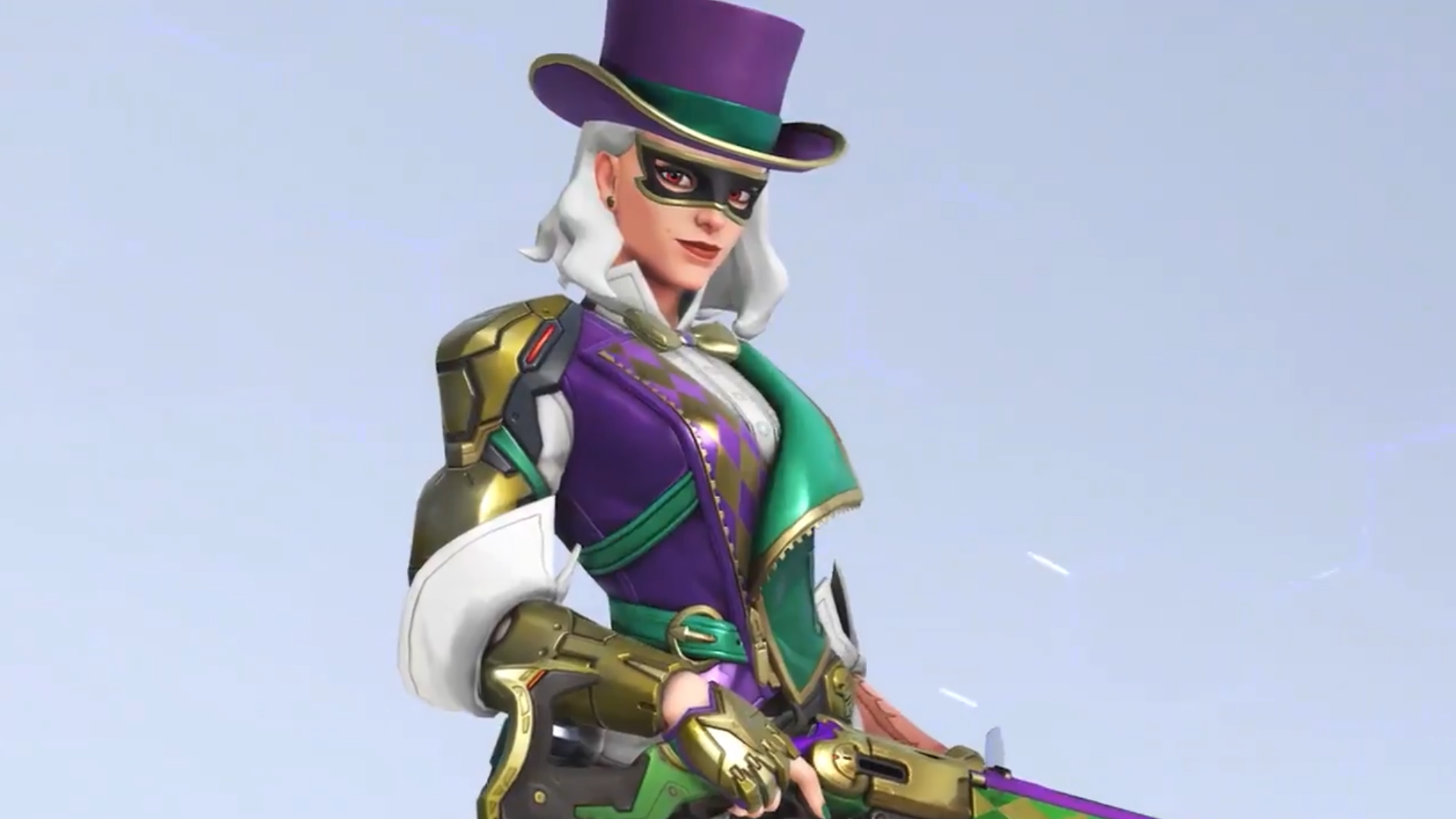 It’s time to put on your feathery masks and colorful beads, Overwatch fans. Mardi Gras has arrived in the first-person shooter, but the festivities won’t last for long.

The event kicked off today, introducing new rewards for players to unlock. Like previous challenge events, players will need to win a number of games in competitive, quick play, or arcade modes to earn unique rewards at every checkmark.

For the first three wins, players will earn two event-themed player icons. Then, at six wins, they’ll receive an exclusive Mardi Gras spray. Once players have hit that nine-win mark, they’ll gain access to Ashe’s new Epic Mardi Gras skin, which dresses the DPS hero in a black mask and a purple, green, and gold ensemble. Her omnic butler, Bob, also sports a similar outfit with a green and gold checkered vest and a gold, dainty mask.

While the event is live, players will be able to unlock additional sprays by watching their favorite Overwatch streamers. For every two hours of viewership, up to a total of six hours watched, fans will earn sprays featuring both Ashe and Bob as they celebrate Mardi Gras. To activate Twitch drops, players need to connect their Battle.net account to their Twitch profile by following the instructions found on the Connections tab in the account settings.

Overwatch’s Mardi Gras event wraps up on March 9, giving fans of the first-person shooter just under two weeks to unlock all of the goodies they can before the items are vaulted.