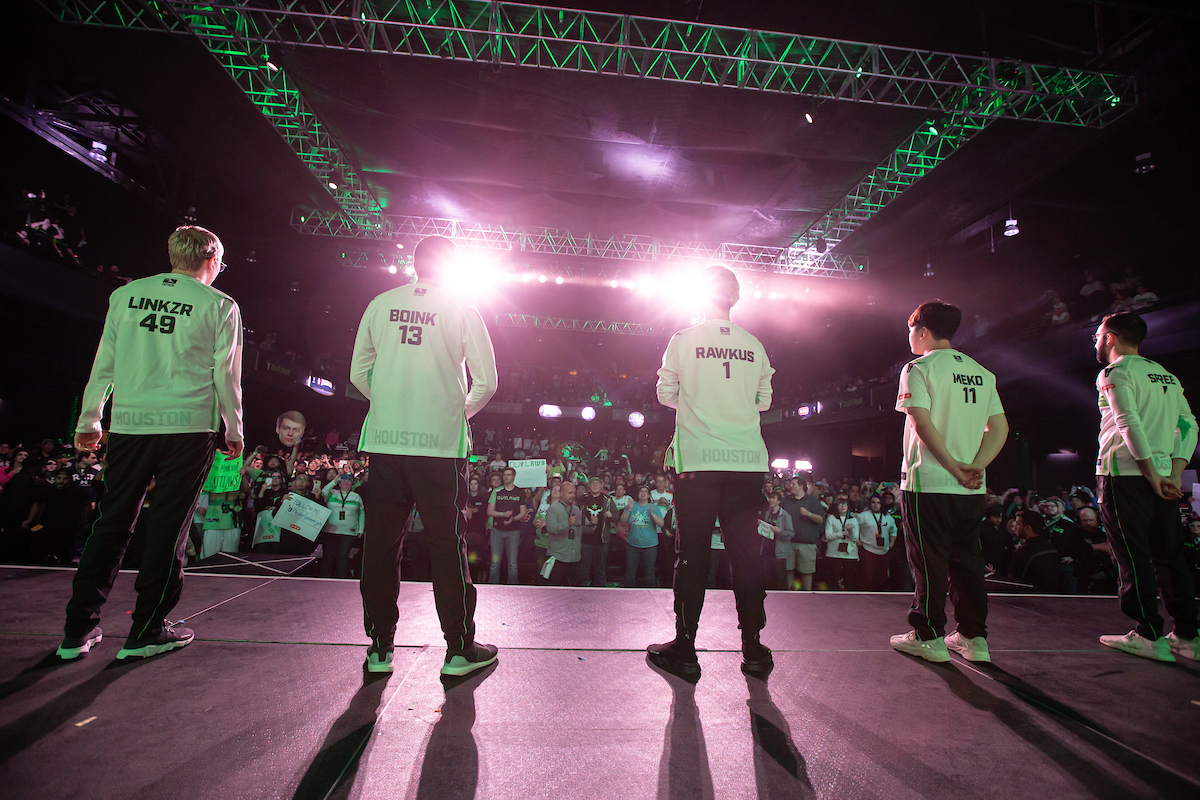 It’s the beginning of the end as the Overwatch League’s Countdown Cup tournament kicks off this weekend. The final monthly tournament of the 2020 season will help solidify the standings before the postseason begins on Sept. 3. Before teams can work their way through another wild tournament bracket, like last month’s Summer Showdown, they’ll have to compete in regular-season games to determine their seeding.

As with the Summer Showdown, Hero Pools will only be a factor for half of the tournament. For this week and next week, teams will have to work with a set of Hero Pools that removes some of the most oppressive characters in Overwatch. Tank hero Orisa and DPS hero Mei will be hitting the bench alongside support hero Ana and sniper Widowmaker. For the two final weeks of the Countdown Cup, no Hero Pools will be in place, so teams will have to figure out their own metas.

The first week of the Countdown Cup includes matches with the Paris Eternal and Guangzhou Charge, both champions of the Summer Showdown. They’ll be pitted against teams in a new meta, testing the extent of their newfound titles.

Due to a backlog of games that need to be played after cancellations earlier in 2020, the event begins this afternoon and runs through Sunday, July 19. Here are a few matches that shouldn’t be missed.

The Houston Outlaws and Dallas Fuel must be looking forward to a “Battle for Texas” that actually takes place within a favorable meta for both teams. Neither of them will suffer from the loss of Orisa or Mei, instead putting their faith in quick heroes like Genji or Tracer. Above all else, this match turns into a formidable fight between the two biggest “carry” players on the Texas teams. Will the Outlaws’ Dante “Danteh” Cruz or the Fuel’s Jang “Decay” Gui-un come out on top? Overwatch fans will find out today at 4pm CT.

The rookie squad of the Vancouver Titans had a monumental performance during the Summer Showdown tournament, racking up wins and making it to the quarterfinals of the tournament bracket. This match, at 2pm CT on July 18, is the Titans’ chance to prove they can use their immense talent to take down a higher-rated team, even if that team is experiencing a roller coaster of emotions.

During the Summer Showdown, the Los Angeles Gladiators were unceremoniously knocked out by the Washington Justice, a team considerably lower on the leaderboard. Despite being full of veteran players and top talents, the Gladiators haven’t been able to develop the team cohesion or coordination that newer squads like the Titans have already locked down. A loss here should be a red flag for the Gladiators organization, indicating that something has to change.

Some teams’ results tend to ebb and flow as metas progress, varying wildly on the heroes that are required at any given moment. At 4pm CT on July 18, we’ll find out whether the Washington Justice or Toronto Defiant can get the most mileage out of a star Genji player. Washington’s Lee “TTuba” Ho-sung has been a one-man wrecking machine with his Genji play. Similarly, the Genji skills of the Defiant’s Brady “Agilities” Girardi helped carry the 11th-seeded team to the semifinals of the Summer Showdown.

Both Genji players have similar skills, so the final result will be up to the level of support provided by the rest of their teammates. With Ana banned through Hero Pools, the “Nanoblade” ultimate combination is off the table for all teams. Toronto and Washington will have to use the support skills of other heroes, like Brigitte or D.Va, to empower and defend their Genji players while they destroy the backline.

Of all the teams in the North American region, the Atlanta Reign have been making the most questionable use of their stacked roster. After a loss to the Toronto Defiant in the Summer Showdown, many fans and analysts are questioning what’s going on behind the scenes. For the Los Angeles Valiant, this match at 8pm CT on July 18 is a chance for the team to climb up the leaderboard by capitalizing on the Reign’s mistakes.

Both teams have seemingly had issues enabling and supporting their respective Genji players, so this match may come down to the abilities of the hitscan players to carry. The Valiant’s Kai “KSP” Collins has been in the running for Rookie of the Year talks for his consistent hitscan dominance. He’ll likely be put up against Andrej “Babybay” Francisty in repeated Ashe battles. May the better B.O.B. win.

The Overwatch League Countdown Cup kicks off on Friday, July 17 with a match between the Paris Eternal and Vancouver Titans at 2pm CT.