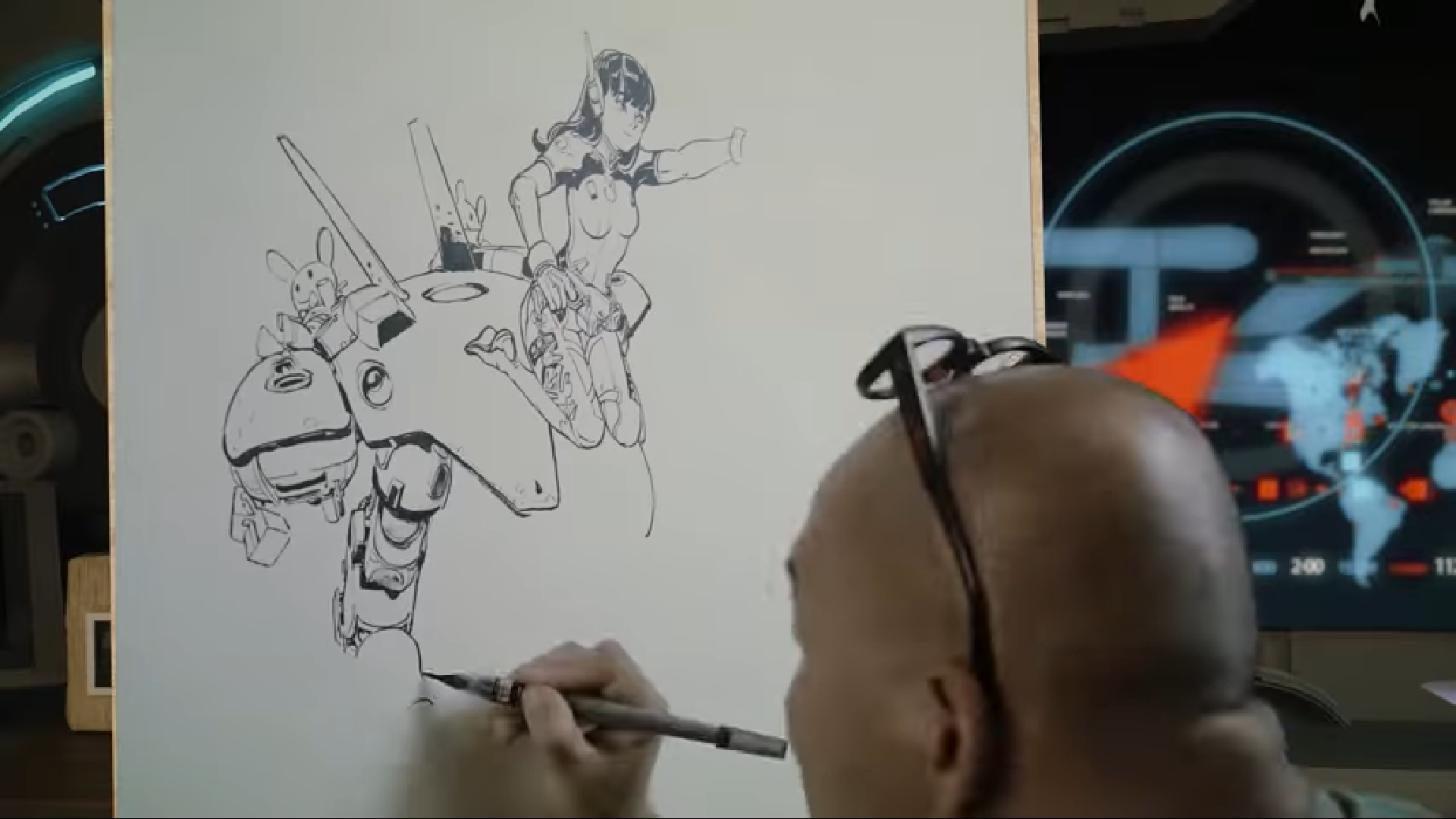 Overwatch developer Blizzard Entertainment is celebrating the holidays with a series of short videos, the latest of which is a time lapse video of Korean artist Kim Jung Gi drawing the Overwatch cast.

Blizzard published the video yesterday. Things kick off with D.Va telling Kim to get to work on a drawing of the Overwatch heroes—and a whole lot of presents. It’s always interesting to watch an artist’s work come together, especially when it’s a fun take on characters you love. Kim is a popular sketch artist who’s known for his incredibly-detailed illustrations.

Related: This new Lúcio Nendoroid toy is ready to amp up your collection

Blizzard’s other holiday video is a stop-motion animation short that features Reaper and Tracer in a battle over cookies. Naturally, the video is called “Cookiewatch.” In a Toy Story–esque fashion, the Tracer and Reaper statues come to life at night—one with the intention of stealing Santa’s cookies, the other to defend. We’ll let you guess who’s who. After a bunch of back-and-forth, a new hero arrives.

Overwatch’s holiday celebrations extend into the game, too. Blizzard is hosting the Winter Wonderland event, which is ongoing until Jan. 2. Until then, players compete on snow-dusted maps with the chance to unlock seasonally-appropriate skins, like Sugar Plum Fairy Mercy, Snowboarder Zarya, and Figure Skater Symmetra.