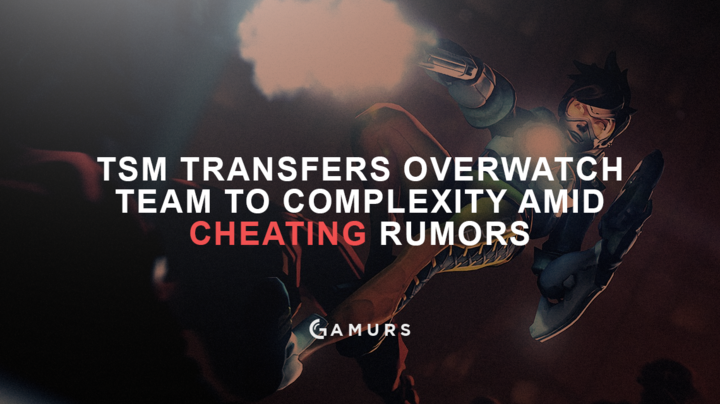 Just two weeks priorbefore the team is about to participate inESL’s Overwatch Atlantic Showdown at Gamescom, Team SoloMid hastransferred the roster to compLexity. Due in large part to thesketchy histories of Nicolas “NicolasTJO” Aubinand Jake “torkTJO” Lepoff, TSM has decided that theheat and constant questioning of the team’s competitive integrityis not worth it.

TSM made the announcement today with input from team ownerAndy Dinh.

“As a brand, TSM has always been about hard work andperformance,” said Dinh. “I did not want our legacy to beassociated with allegations of dubious behavior and I will alwayshold my brand to the highest standard. I still believe that theguys can prove their skill and clear their names through time andhope that the Overwatch scene can give them another chanceregardless of this decision.”

While Nicolas and Tork both have not shyed away from the fact that theyhave previously been caught using cheats in Counter-Strike: GlobalOffensive, recent new allegations about the pair cheating in Callof Duty and even other games has now led to TSM rebuking theirdecision to give them a chance.

TSM gave the other four players on the team the opportunity tostay on with the organization, but due to the fact that the groupof six has already qualified for ESL’s event in Gamescom andELEAGUE’s Overwatch Open next month, the roster wanted to sticktogether and have since been transferred to compLexity.

coL made the announcement of the move today with aquote from team owner Jason Lake.

“We’re very honored to join the Overwatch community andexcited to work with this talented squad,” said Lake. “We’vealready begun the hunt for a coL.OW gaming house and look forwardto a collaboration we feel will bring our loyal fans greatsuccess.”

It seems as though the cheating history will follow theseplayers around wherever they go, and is usually the case with PCgaming, the legitimacy of one’s success will always be questionedthanks to numerous aimbots and other hacks out in the wild.

This news came just a day after Team EnVyUs owner Mike “hastr0″Rufail defended his own players on Twitter as they have also comeunder fire with allegations of cheating.

The biggest honor as a pro gamer is to becalled a cheater repeatedly without actually having cheated. Prettysure Blizzard is watching.

With TSM bowing out of Overwatch for now, it begs thequestion if constant allegations will put a damper on the growingesports scene for Blizzard’s new FPS.

What are your thoughts on the current cheating scandal situationin OW? Let us know in the comments below. Follow @GAMURScom formore Overwatch esports news and features.