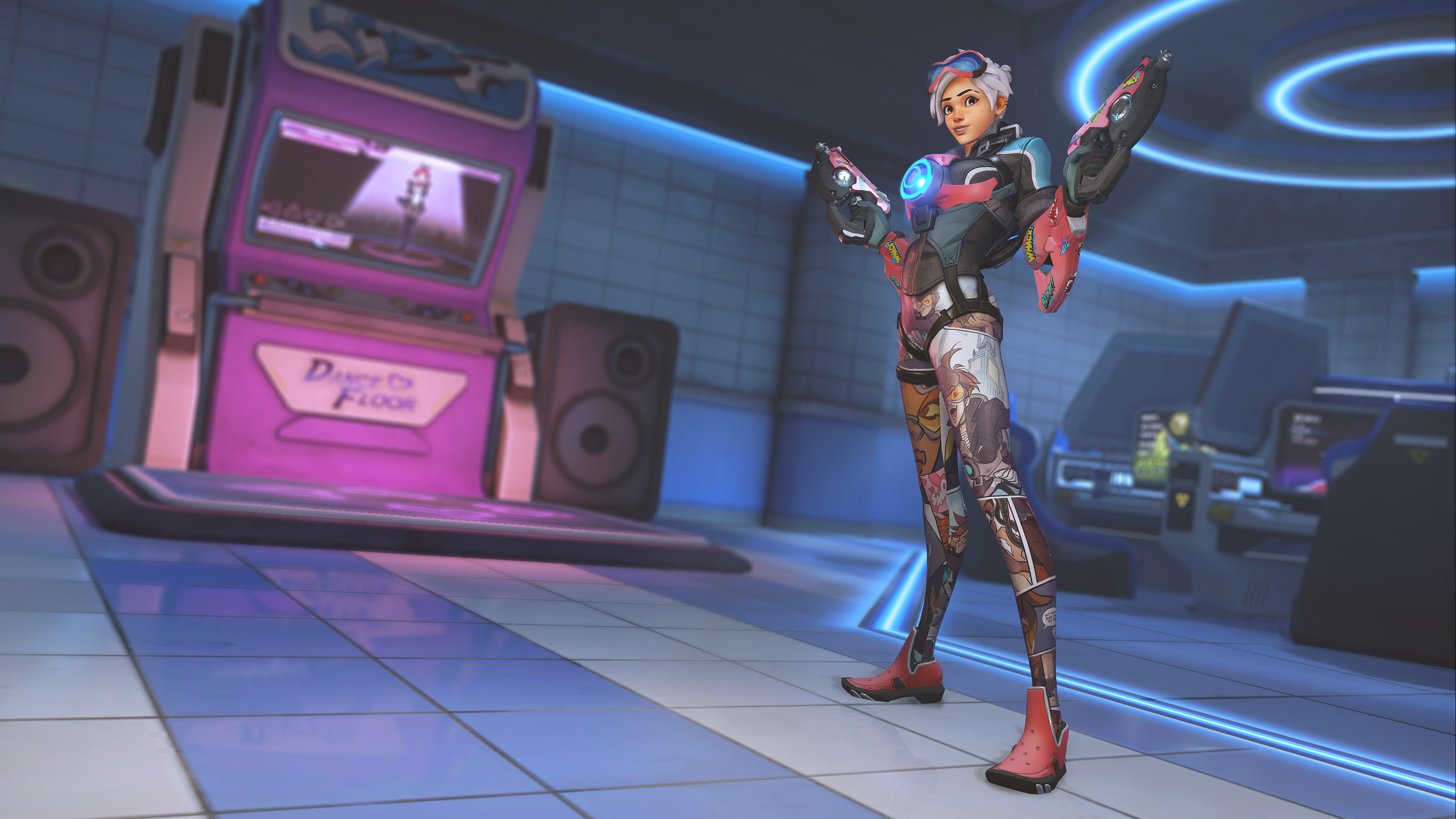 Leave it to Tracer to bring some style to Overwatch. In honor of a new comic series about Tracer and her adventures that launched yesterday, the Tracer’s Comic Challenge will be live in Overwatch from Sept. 15 to 28. Fans can unlock an exclusive Tracer skin after racking up nine wins in the game.

The new Comic Tracer skin gives the speedy hero an artistic makeover. Tracer gets silver hair and blue armor with pink details. The real draw here is her leggings, which are actually made up of panels from the “London Calling” comic. It’s certainly a fashion statement to have your own face on your leggings, but if anyone can do it, it’s Tracer.

Just like in previous Overwatch challenges, fans can earn the Epic skin by winning nine games of quick play, competitive mode, or arcade mode during the event runtime. Exclusive sprays, including one of comic Tracer and various comic text, are available at three and six wins. While simple, the comic-style exclamations would definitely make a mark against your enemies in a tense game.

The challenge celebrates the release of “London Calling,” a comic about Tracer’s adventures in King’s Row. After Overwatch disbands, Tracer tries to be a hero in small ways while going about her daily life. When she makes a new friend and enters the omnic underground, she makes waves and attracts new enemies. The series is ongoing and will explore omnic tensions in King’s Row.

The Tracer Comic Challenge runs from Sept. 15 to 28. All wins must take place within this time frame to earn the skin. Unlike event skins, which come back around once a year, challenge skins can only be earned during their specified dates.