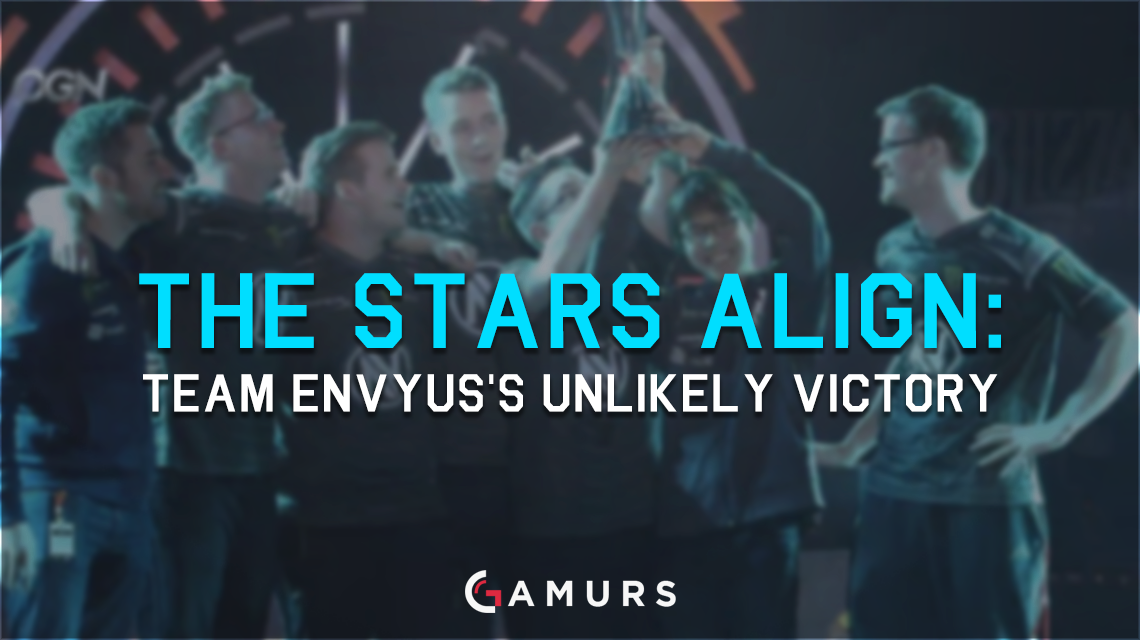 In the grand finals of the OGN Apex league yesterday, Team EnVyUs took a crushing 4-0 victory over their Korean challengers, Afreeca Blue. It was an incredible series full of amazing plays and hilarious hallmarks of Korean esport nonsense. While NV was undeniably the best team in the server, it’s important for us to understand the insane circumstances leading up to their Apex title. That way the whole tournament can be remembered for how unlikely of an event it was.

On this day in history, Blizzard released a major patch which overhauled the game we knew. Besides nerfing heroes core to the current metagame and bringing new heroes into the meta, there was also a global change to ultimate charge rates.

The timing was perfectly set to upset the metagame of the Apex playoffs, and it did. Out of the seven series played, four were upsets, with arguments to be made for five. The patch’s changes and timing completely change the game and made the tournament unpredictable. NV thrived on the new patch while their foes suffered. 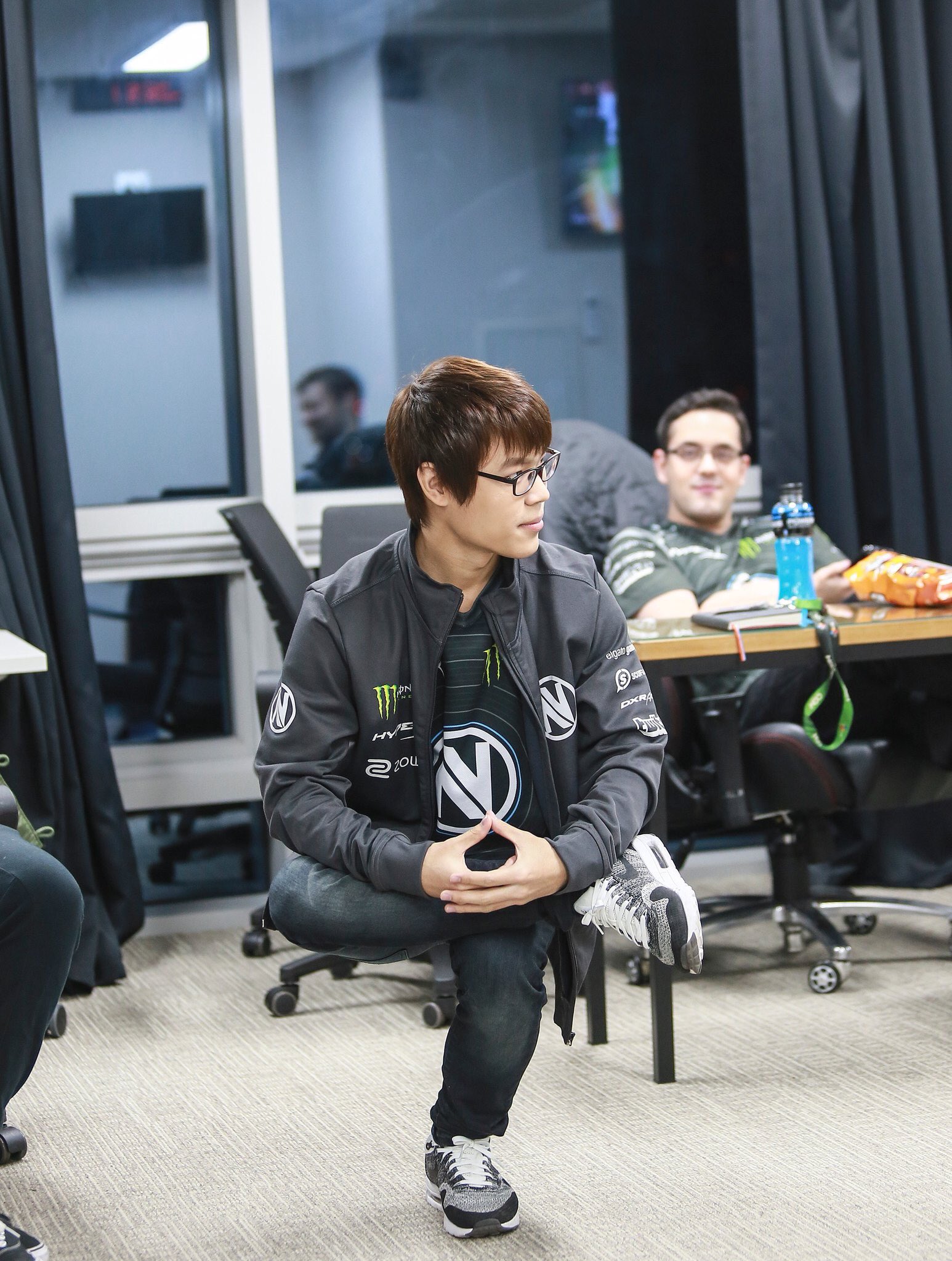 When Talespin left the roster, I was among many who immediately began to doubt NV’s ability to even pass the quarterfinals, let alone take the tournament. NV barely had a week to find a replacement player, fly them to Korea, and learn to play with them while figuring out their identity on the new patch.

By some miracle not only did Mickie fit into NV incredibly well, but he visibly improved team chemistry in and out of the game. His synergy with Cocco was obvious, as the two repeatedly combined forces to land game changing Self Destructs. Out of the game, it’s obvious how contagious Mickie’s naturally cheerful personality is. Never before have we seen NV laughing and smiling this much. Even the normally stoic Chipshajen and Cocco have to crack smiles at Mickie’s antics.

But we shouldn’t forget the roundabout way Mickie even ended up in Korea playing for NV. First, he had to be voted onto the Overwatch World Cup team by the Thai fans, and then with that team he had to qualify to travel to Blizzcon to compete. Furthermore, once at Blizzcon he had to make friends with the NV players so that when it came time to find a replacement for Talespin, he would come to mind. And once Mickie joined NV, he had to find his place within the roster. Luckily for him, Dva was fresh off a double round of buffs and was in an incredibly powerful position. As a practiced Dva player himself, it appeared natural for us watching as he repeatedly ruined the day of every DPS player unlucky enough to face him.

But Mickie was certainly not the only player whose personal performance was buffed by the unusual circumstances. Making the move from support player to a hitscan DPS role was our favorite Spaniard, HarryHook.

Harry has shown off his ability to play DPS at a world-class level before. Frequently flexing onto picks like Tracer and Roadhog, but mostly his famous Soldier 76. This is a hero that he piloted expertly to lead NV to their title.

I’ve raved about Harry’s abilities before and had complete faith in his ability to make this role change, however, his one weakness as a DPS player is the fact that he exclusively plays hitscan heroes like 76, McCree, and Reaper. His teammate Taimou shares a similar hero pool and, as such, NV as a roster has never had a top Genji player. Yet again, the patch saved NV’s chances at the trophy.

Soldier 76 received some large damage buffs while a largely ultimate reliant hero like Genji was indirectly nerfed by the global change. As we saw over the course of the Apex finals, Genji’s impact was hardly felt, even when played by players the caliber of Arhan. Harry has never proved his ability to play the old meta staple of Genji, but he was plenty ready to pick up Soldier.

Harry showed off some immaculate tracking and when the camera focused on him, we all witnessed the smooth and precise motions he’s capable of. During the broadcast, Montecristo jokingly remarked that he was sure Harry only uses his Tactical Visor for the instant reload because he doesn’t need the aim assist.

While the comment was lighthearted, it’s not far from the truth. The reliability at which Harry hit his shots meant that the single DPS compositions of NV were often still putting out more damage than their foes’ 2-2-2 comps. Especially in finals when Afreeca Blue refused to change strategies, their Reinhardt shield continually fell first and caused them to lose the fight.

NV had a perfect storm of role swaps that let them continue to function as a world-class roster. Solider 76 had to be buffed to allow HarryHook to be the carry he was. InternetHulk’s insane flexibility meant that he was able to effectively pick up the duties of a full-time Lucio. Lastly, Taimou’s ability to be one of the top Roadhogs in the world was crucial in allowing him to take Hulk’s previous flex position.

NV was fortunate that their players were well versed on the recently buffed or otherwise powerful and popular heroes like Roadhog and Dva. But, as we saw from this tournament, many of their foes were not so fortunate.

For One to Climb, Others Must Fall

When we examine the teams that NV played during the bracket stage, their results can be put into clearer context. Each and every opponent they faced was either heavily affected by the patch or was just not as good at playing the new meta that NV was defining.

Reinforce, Rogue’s main tank, has come out since the team’s loss to NV and expressed his thoughts on the match. Reinforce admitted that he felt out of place on the patch, trying to pick up Winston in an attempt to counteract the styles they were facing. Unfortunately, this was less effective for Rogue, and their DPS player Tviq was hit hard as well.

Tviq of Rogue and Arhan of Afreeca Blue are both well known for their incredible Genji play, but he is a much weaker hero on the current patch. Genji is an explosive hero capable of quickly ending a teamfight with his Dragonblade or the even more potent NanoBlade combo. However, now both the ninja and Ana receive their ultimates less often and as such that combo isn’t reliable because of how infrequently it occurs. Furthermore, Nano Boost lost its movement speed buff, which means that the Genji can’t make any positional errors or he will be less likely to catch his foes.

Both Rogue and Afreeca Blue before the patch were Genji-heavy teams. Tviq and Arhan frequently went to the hero, to the tune of fantastic results. However, both players found themselves unable to affect the match when Mickie’s Dva was in their faces. This hurt both Rogue and Afreeca, as a core strategy they formerly utilized was removed.

When it came to Kongdoo Uncia facing NV, it was a very similar style matchup between the two squads. This one came down to skill and practice, as NV’s players were a step above on their chosen heroes because they were already very familiar with their heroes. As such, the Roadhog and Soldier matchups both quickly went the way of NV and were key reasons they won the series. 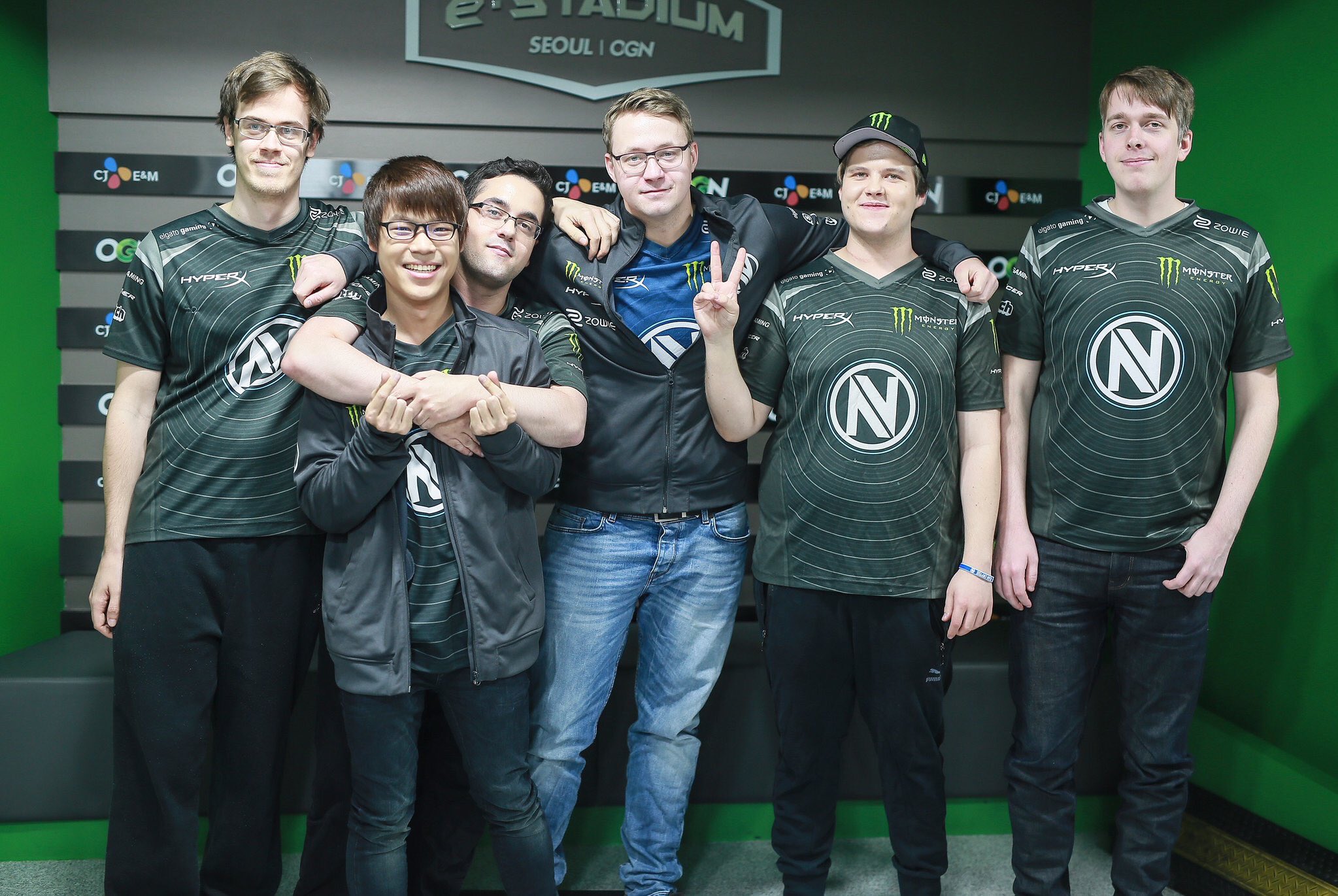 Let this be clear, I am not trying to remove legitimacy from NV’s victory. Ultimately, every team faced the same circumstances NV did, but they had the added burden of a roster change and role swaps. This piece is intended to highlight how unlikely it was that each factor came exactly into place for NV to thrive.

Their win was as unlikely as it was spectacular. I find it hard to argue against them as the best team in the world on this current patch, and I only wish that they weren’t going to North American-only events in the coming month. But the stars aligned for NV, and I’m curious how long they will remain in order.

Do you think EnVyUs is now the best team in the world? Comment below or tweet your answer to us @GAMURScom.