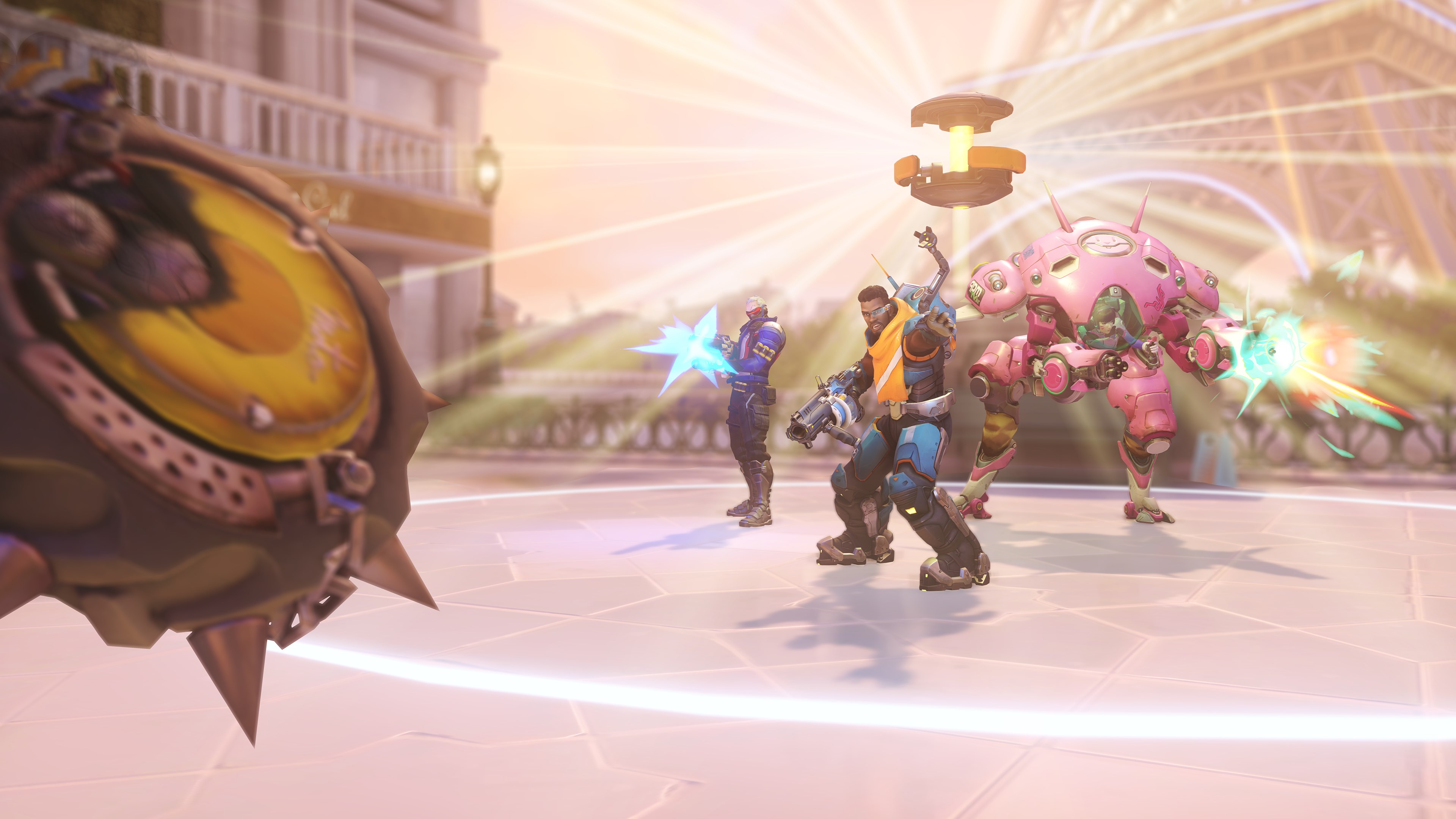 Overwatch’s current meta overwhelmingly relies on the ability of teams to press forward with no fear, bolstered by the deep health reserves of tanks and healing output of supports. Developers have apparently had enough of this meta and have moved to dial back the “rush” composition in Overwatch’s April 22 live update.

Most of the proposed changes from the April 15 Experimental Card have made it through to live servers, including massive changes to Baptiste’s Immortality Field as well as reductions to Reinhardt’s armor ratio. Echo, a top pick for players who like to take to the skies, also got a huge nerf to her Duplicate ability.

All of these changes are currently live on all platforms of Overwatch, including PC, Xbox One, and PS4.

Developers claim this change was made because D.Va is often “intentionally delayed by the enemy team,” but all of us know it’s just because they loved the 600 damage Call Mech ability from the April Fools’ Experimental Card.

Orisa has been underutilized in the current meta, losing her main tank supremacy to Reinhardt and Winston. While many players have complained that her Halt! ability is oppressive, developers have reduced its cooldown to try and bring Orisa back into the forefront.

In top-level competitive play, like the Overwatch League, Reinhardt is now a must-pick choice in “rush” compositions that rely on his strength and high health. This minor armor nerf will be a huge pain for Reinhardt players as they can now be mowed down more quickly by projectiles and beams from enemies.

Developers are back at it again trying to tune up Roadhog, who has received a lot of nerfs over the past year. This is a reversion of a previous nerf that dropped his damage per projectile down to six.

Not only is she sneaky but now she’s speedy. Sombra will be able to jog a bit faster while in her invisible stealth form, allowing her to get from target to target much more quickly. The other proposed Sombra change from the April 15 Experimental Card, a huge fade time reduction, did not end up going through to live servers.

Sometimes pros and top players have good ideas. Developers have borrowed and tweaked this change from the Experimental Card Tournament, in which a panel of experienced Overwatch players and streamers suggested alterations to the game. They suggested that Echo leave her ultimate, Duplicate, with half health instead of full health and a “free life.”

Instead, Echo will now return to her previous health value or 100 health (half of Echo’s full HP), whichever is higher. This will encourage Echo players to be more mindful about using their ultimate in the middle of dangerous team fights.

Ever since Baptiste was introduced to the game, players have been complaining about the overwhelming power of Immortality Field and how it can ruin a teamfight. Developers have finally heeded their calls and halved the amount of remaining health allies will be left with after the field fades. This turns Immortality Field into more of a short-term lifesaver instead of a perpetual annoyance for DPS players.

Baptiste’s healing has also been tuned up, with projectile explosions doing less healing with splash and more healing with a direct hit. According to developers, this allows Baptiste players to keep their “single target healing effective, with a slightly higher skill requirement.”

In most professional and high-level settings, Moira has been pushed to the bench thanks to the healing output of heroes like Baptiste and the utility of heroes like Brigitte. This reduction in Biotic Orb cooldown means that Moira is now much more useful and able to provide ample healing or damage on a quicker timeline.