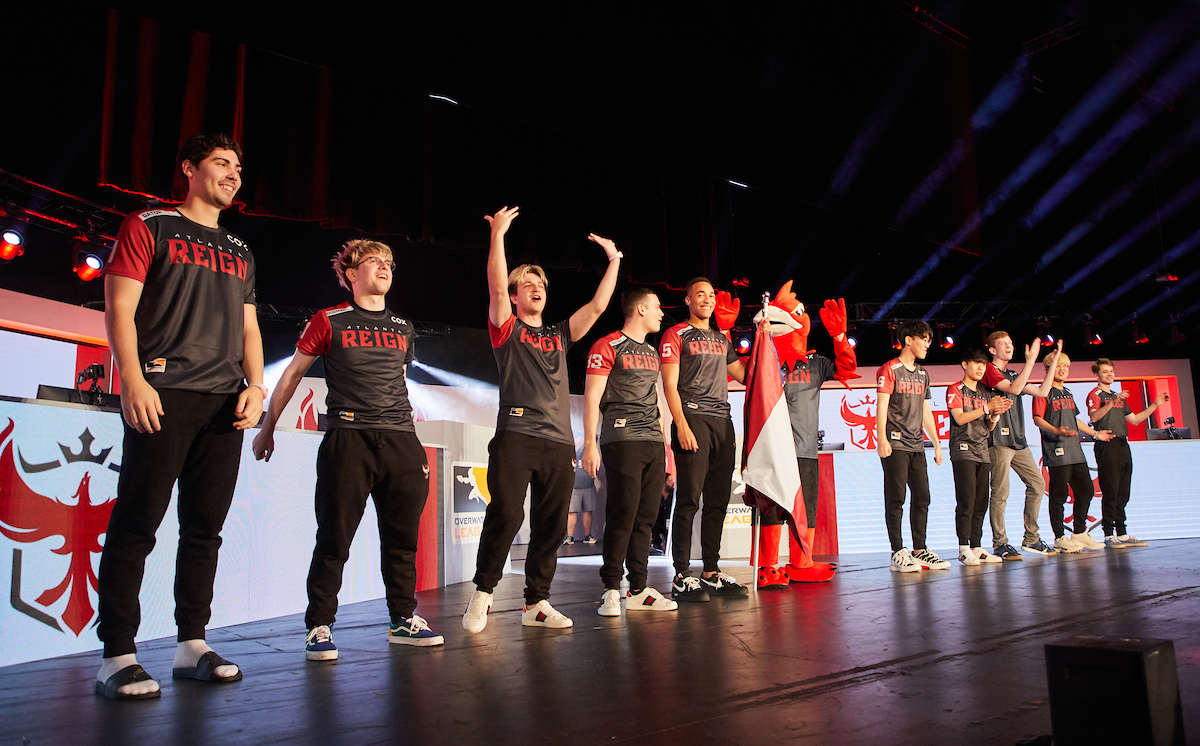 This year, the Atlanta Reign is looking to rise up in the Overwatch League. In 2019, the team defied expectations and earned an admirable sixth-place finish. Thanks to innovative strategies and impressive showings from damage dealers, Atlanta repeatedly beat teams they theoretically shouldn’t have. They were briefly a thorn in the San Francisco Shock’s side, sending the future champions to the losers bracket of the 2019 playoffs.

Luck has been on the Reign’s side in 2020. Atlanta was placed in the Atlantic South division when the Overwatch League restructured for global travel, giving them relatively easy competitors. Due to the travel schedules, the Reign don’t play until Feb. 29, nearly four weeks into the 2020 season. This gives them a chance to observe the strategies of other teams while building cohesion into their own squad.

The Atlanta Reign has continued its habit of bumping players up from ATL Academy, the organization’s extremely successful Overwatch Contenders team. Main tank Blake “Gator” Scott spent last year on a two-way contract, showing up on both the Overwatch League stage and in Contenders competitions. This year, he’s full time for the Reign alongside main tank staple Park “Pokpo” Hyun-Jun.

Off-tank Xander “Hawk” Domecq was Gator’s tank duo in ATL Academy. This year, he joins the big leagues after an impressive showing at the Overwatch Contenders Gauntlet in South Korea. Hawk is known for his D.Va play, so he’ll likely be sharing stage time with off-tank Nathan “frd” Goebel. Atlanta is one of the few teams to have a backup option for both the main tank and off-tank roles.

ATL Academy’s presence continues in the support line with flex support Steven “Kodak” Rosenberger rejoining the Atlanta Reign. Last year, he stepped down from the Reign and found enormous success within the Contenders circuit as a part of ATL Academy. He’s joined in the flex support role by perpetual trash-talker Dusttin “Dogman” Bowerman, also a “graduate” of ATL Academy.

Atlanta is taking no chances when it comes to their DPS line. Jeong “ErsTer” Joon returns after an impressive showing in the 2019 season, becoming one of the most capable DPS players in the Overwatch League. Hitscan specialist Andrej “Babybay” Francisty will also return, but will likely be called upon later in the season when Hero Pools arrive in the league.

The Reign added two newcomers during the 2019 offseason. Kim “Edison” Tae-hoon, a former player for GC Busan Wave in Overwatch Contenders Korea, brings with him a highlight reel of DPS dominance. If played alongside ErsTer, Atlanta could have one of the most devastating damage lineups in the league. Hugo “SharP” Sahlberg, who played for Team Envy, joins with impressive expertise of multiple damage heroes.

Despite a few hiccups in the 2019 season, the Atlanta Reign perked up once they developed a sense of team cohesion and settled on a starting roster. In 2020, Atlanta should be able to easily gain mastery of the Atlantic South division. While the Florida Mayhem and Washington Justice showed a surprising aptitude at the Philadelphia homestand, held Feb. 15 and 16, Atlanta’s only real challenge should be the Philadelphia Fusion.

As far as roster building is concerned, Atlanta made the correct choice in using all 12 of their available positions. Every player on the team has a backup in case of illness or meta changes. This also gives the Reign more options to swap players in and out once Hero Pools begin in the league. If Atlanta can rely on impressive damage dealers and creative strategies, this could be their year to fight it out with the top dogs.

The Atlanta Reign’s season begins Feb. 29 in Houston when they take on the Toronto Defiant at 4pm CT.