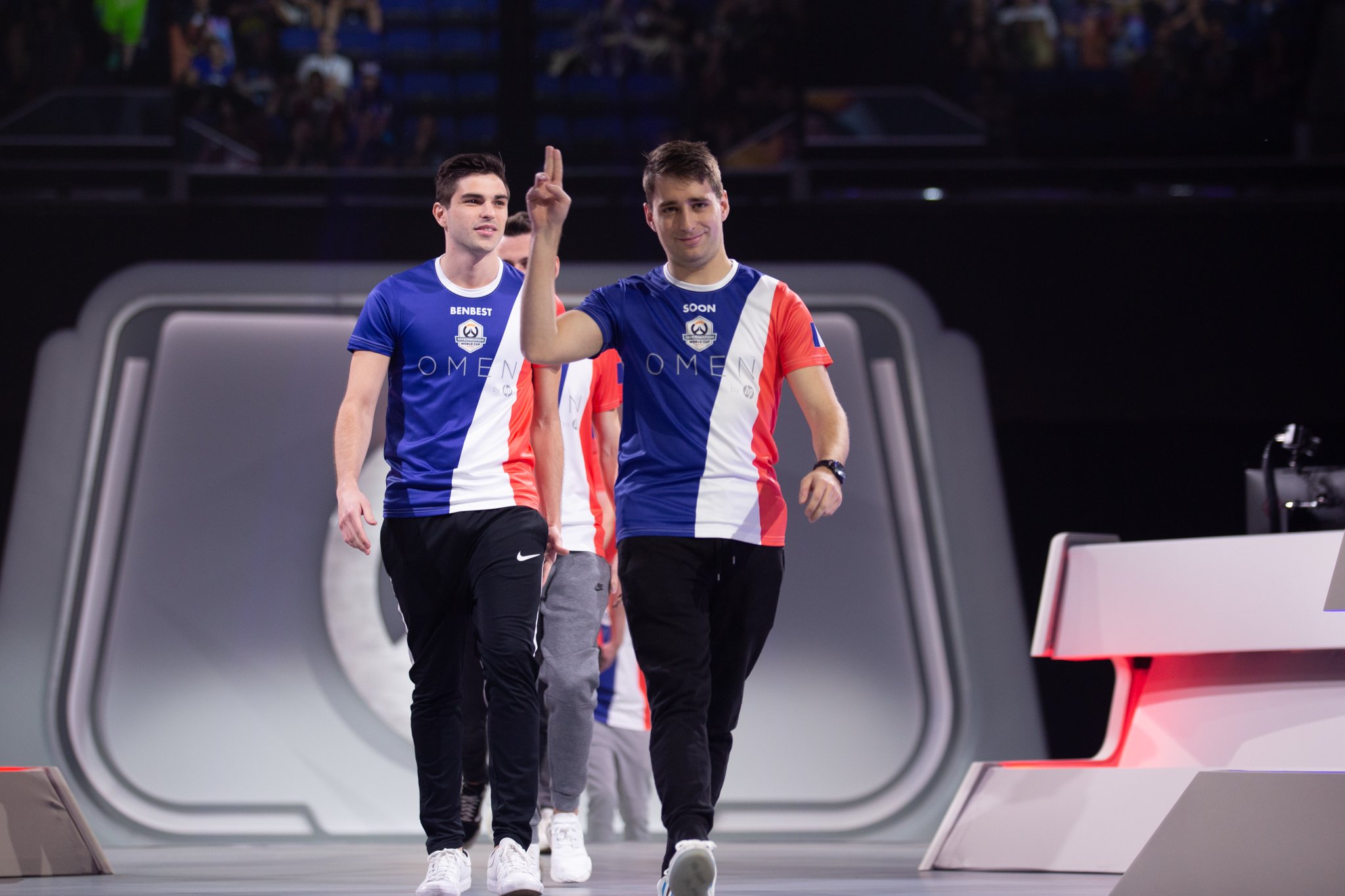 Could this be the year France makes a leap to the Overwatch World Cup medal ceremony?

After a few years of early elimination from the competition, peaking at fourth place in 2017, Team France has overhauled its roster to focus on fresh talent.

France’s roster for the 2019 World Cup leans heavily on talent from European Overwatch Contenders instead of culling from the Overwatch League like it has in previous years.

SoOn is the only Team France veteran left standing, returning for his third year as DPS. He and Hqrdest will provide hitscan for the team. Leaf, of EU Contenders runners-up Team Gigantti, brings with him a competence on projectile heroes and team disruption.

Paris Eternal flex support HyP joins his teammate SoOn for his first year on Team France. FDGod of Young and Beautiful will also have his time in the spotlight, providing main healing for the team.

Tek36 steps in as off-tank while Gael “Poko” Gouzerch of the Philadelphia Fusion recuperates from unspecified health issues. Luckily, he’ll team up with his tank partner Chubz of Samsung Morning Stars. Despite the team’s mid-range performance in EU Contenders, having built-in cohesion between tanks is critical for any team.

At first, 2018 looked like a promising year for Team France when they dominated the Paris Qualifiers in front of a passionate home crowd. They made it to BlizzCon only to be swept by Team Canada in the quarterfinals, however.

France have a difficult road to success in 2019. As one of the top-five seeded countries, they’ve already been placed in the Group A bracket along with the United States and South Korea. While they get to skip the Oct. 31 preliminaries, they walk right into two of the toughest teams in the entire competition. Most of the squad is also new to the World Cup and events in general, so stage fright may be a factor.

The team needs to rely on the raw skill of their roster, especially their DPS, and follow the direction of veterans on the team. In the current 2-2-2 meta, France should be able to lean on their extensive DPS lineup to eliminate key targets. With a cohesive tank line, France should be able to protect supports enough for them to stay alive. Unless Team France brings out some innovative compositions, they may not be able to stand up to the behemoths of the competition. But they’ll likely get out of the quarterfinals this time.