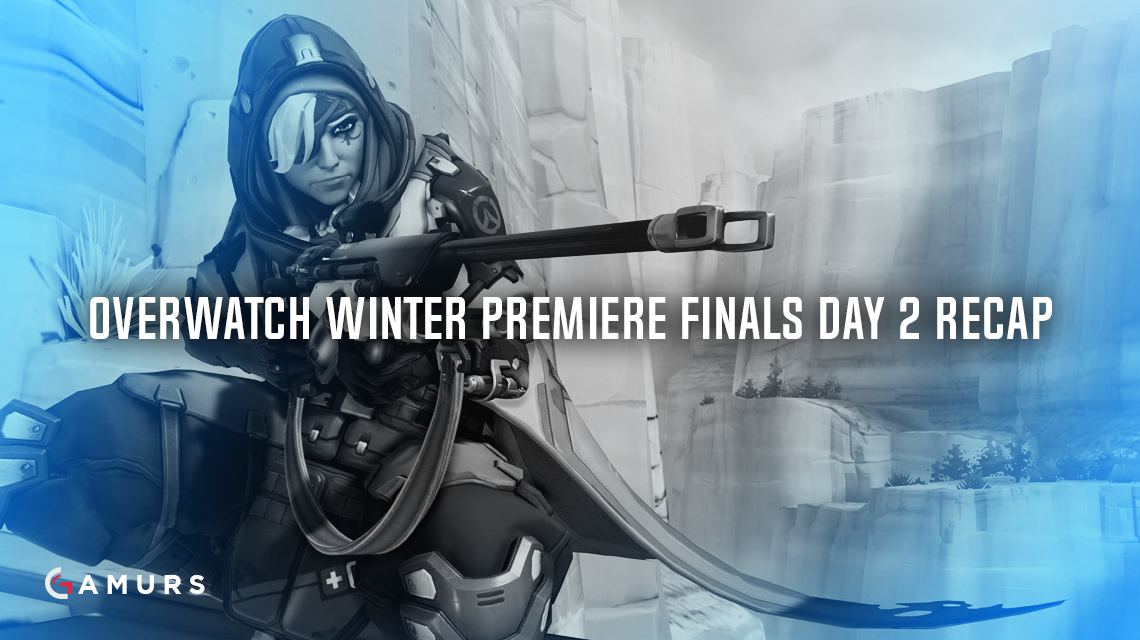 The first event after a big patch is always interesting. The finals of the $100,000 NGE Overwatch Winter Premiere at PAX South came just days after the update that was supposed to kill the Tank meta, and the final day saw some of that come to fruition as it was filled with team compositions of 2/2/2 and even three DPS. The results were exciting.

Up first on Championship Saturday was the third place game between CompLexity and Luminosity where the action kicked off on Temple of Anubis. Both teams came out with fire after being shut out 3-0 in their matches on Friday and the game ended in a four round draw.

The series then turned to Lijiang Tower where Luminosity dominated the first two rounds led by Toni “Ube” Häkli’s stellar Genji play. CompLexity was able to get to 95% on the third point before Luminosity brought it all the way back to win the round and sweep the game 3-0 to take a 1-0 series lead.

Game 3 went to King’s Row and the human buzzsaw that is Ube continued to shred through compLexity on Genji, both with and without Nano Boosts, as they quickly captured all three objectives on offense. CompLexity followed up with three points of their own, but with two minutes less on the clock. Luminosity was able to use their timebank advantage to take the map in the final round, and a 2-0 series lead.

Hollywood was up next as Luminosity was up first to push the payload to map completion with 4.6 seconds left on the clock. CompLexity had the pressure on them to stay alive and they played one of their best rounds of the day to finish the map in overtime. That left both teams with one minute in the final round, and coL was able to push the payload all the way past the second checkpoint in overtime. They were able to hold off LG on defense and stay alive in the series, making it 2-1 in favor of Luminosity.

The next game went to Nepal and Luminosity’s earlier Control map dominance continued early on, but compLexity’s resilience shone through as they refused to quit and bounced back in a big way as the DPS duo of Nicolas “NicolasTJO” Aubin and Jake “TorkTJO” Lepoff went off on the opposition. CompLexity won the map 3-1 to force a deciding game.

The deciding game went to Dorado and Vytis “M1neral” Lysatis of Luminosity picked Symmetra to start defense, and it paid immediate dividends as coL was unable to break through LG’s extra health from her shield generator. Back on offense, Luminosity only had to push the payload past the first underpass chokepoint and they did so with ease to win the series 3-2 and take home third place. CompLexity finished in fourth place after having their comeback fall short.

Coming off of strong performances on Friday, Immortals and Ghost faced off for the first time since the round of eight back on January 12, a match which Ghost won 2-0 when they were still under the banner of Kungarna.

This series kicked off on Lijiang Tower and Ghost made a big statement with a dominant first round as they went so far to even spawn-camp IMT at a certain point. They followed it up with a four Tank composition in the second round and big-bodied their way to a 2-0 lead in the game, and they finished it off with another strong win to take the game 3-0 and a 1-0 series lead.

The second game went on to Dorado and Ghost continued with their four Tank composition and it was working well until Immortals’ 18-year-old Christopher “GrimReality” S. ripped off a three-man Deadeye Ultimate on McCree to keep his team in the game and slow Ghost’s movement. The map went down to overtime and IMT outlasted Ghost to barely push the payload further and tie the series at 1-1.

Watchpoint: Gibraltar was home to Game 3 and GrimReality’s McCree continued to dominate the high ground uncontested as he put out serious damage onto Ghost.  A hard-fought round ended with IMT finishing the map with 7.6 seconds left. IMT proved to be too much on defense as well as they stopped Ghost before the second checkpoint to win the game and take a 2-1 lead in the series.

Game 4 traveled to Nepal and IMT’s momentum kept up until an intense triple kill from Ghost’s Michael “MykL” Padilla with Tracer’s Pulse Bomb Ultimate, but it proved to be too late as IMT took the first round of the game. The second round went down to the wire with another IMT win after a 99%-99% overtime thanks to insanely clutch late kills from Brady “Agilities” G. on Genji. The third point finished with domination as Immortals swept the game 3-0 and the series 3-1.

It was a two-month process but Immortals’ consistency won out in the NGE Overwatch Winter Premiere. As the #1 seed, they did not disappoint and took home the first place grand prize of $44,000.

IMT are well-deserved to be in the conversation as one of the best teams in the world.

What did you think of NGE’s Overwatch tournament? Let us know in the comments below and follow @GAMURScom on Twitter for further esports coverage.