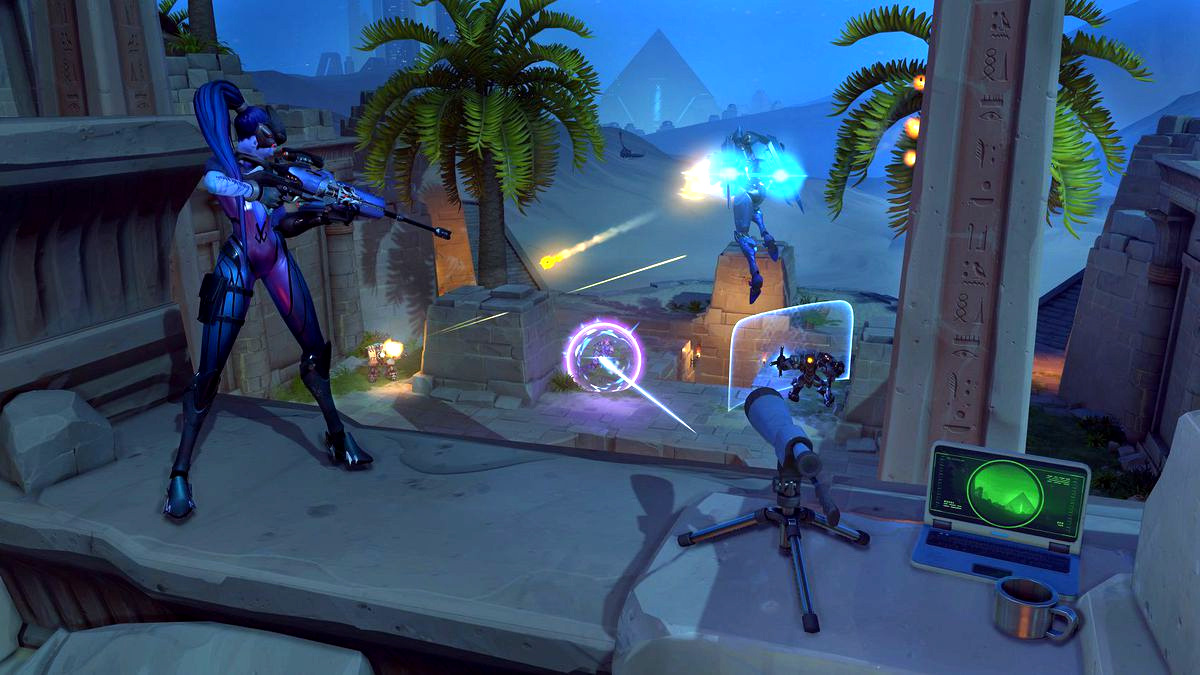 Three Reinhardts, Symmetra, Widowmaker, and a Torbjörn: You can only be playing one Overwatch mode. It’s Mystery Heroes.

The fun and charm of Overwatch’s Mystery Heroes is the randomly generated selections, each of which is reset at hero death. The chaos of unbalanced and wacky team compositions is part of the draw, plus it’s a great way to try out a bunch of heroes you might not otherwise play. But it’s not perfect—and Overwatch game director Jeff Kaplan has confirmed the Blizzard team is working on some adjustments.

“We have a number of Mystery Heroes fixes on our to-do list,” Kaplan said on the Overwatch forum. “We’re very eager to get to them but it just hasn’t bubbled to the top of our priority list yet.”

Some of those adjustments include removing a player’s ability to jump off the map to force a hero switch, as well as removing the “assemble heroes” wait time at the beginning of the match, as there is no need for it in a random mode. “We have some other improvements in mind as well,” Kaplan added, though he did not elaborate on those changes.

Kaplan also brought a question to the Overwatch community: Should Mystery Heroes stay as a completely random system, or should it be mostly random with the ability to limit stacking and slightly improving team compositions? “I know that it frustrates me when the other team ends up with five D.Vas,” Kaplan said. “I also get frustrated when the enemy team has a balance team composition and my team composition is less balanced. But perhaps that is part of the charm of the mode?”

The community appears split on the issue. Some feel Mystery Heroes is at its best when the mode is completely random—after all, that’s the nature of Mystery Heroes. Others find that the mode may be more balanced if there were some rules, like always including a healer. Players can weigh in on the Overwatch forum.