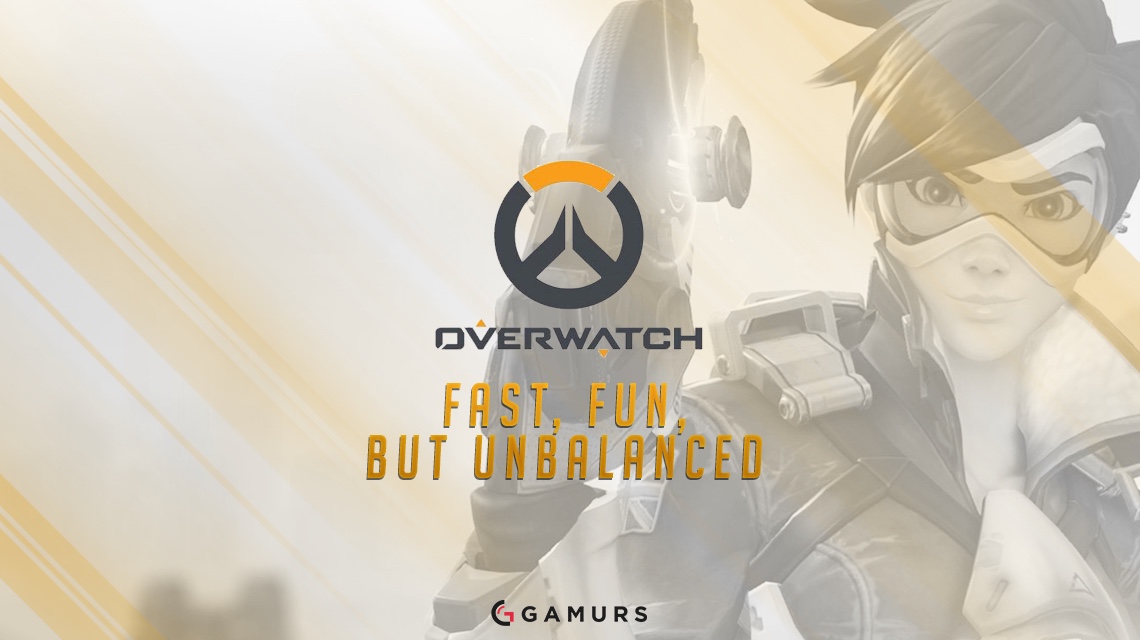 One of the most anticipatedgames to release this year seems to have filled the niche of thefast-paced, objective-based shooter. Overwatch, a Blizzard Entertainment first-personmultiplayer online battle arena – or MOBA – game, just wrapped upits open beta last weekend. Though it was fun on a casual level,it’s hard to envision how this game will perform once itopens up for real on May 24.

After playing a (probablyexcessive) amount this weekend with pick-up groups and full squads,I noticed there are still some character balance and game mechanicissues. Without fixes before launch day, it is difficult to say howseriously Overwatch could be taken in a long-term professional,competitive setting.

There are already rosters forprofessional teams and the game hasn’t reached its officialrelease yet. Players are pumped for what could come out of thisgame and it gives players who aren’t fans of classicMOBA-style games a chance to play something a littledifferent.

Sure, there are characters thatare already fairly balanced and fit their roles, but there are alsosome characters that can be nearly unstoppable in a match. Withoutfixes to these characters, gameplay can be one-sided, especiallywith the lack of hero-locks.

Through various interactionsthrough the weekend, many players considered Soldier: 76 to be theCall of Duty, run-and-gun style character with little skillrequired. He carries an automatic assault rifle and one of hisabilities, Biotic Field, is a healing emitter.

Often, it seems as if his healability lasts an excessively long time. Ideally, thisability’s time should be shorter, because it gives him aridiculous amount of healing and you are often unable to destroythe equipment before he can shoot you in the face. His auto-aimultimate ability, Tactical Visor, also lasts an unbearably longtime and can take out almost a whole team in about fiveseconds.

McCree isn’t as unbalancedas Soldier: 76, but he still has some abilities that need somefixing. One of them is a flashbang that stuns an enemy characterand that’s okay. What is a little annoying is that thisflashbang still works if thrown at a player’s back. Perhapsit is just because I am used to Counter-Strike: Global Offensivemechanics, but it is a little outthere that he can run up behind someone, throw the flash and usehis Fan the Hammer ability to destroy someone almostinstantly.

His Deadeye ultimate ability isalso somewhat unbalanced. This is similar to Soldier: 76’sauto-aim, but with a high-powered revolver headshot that hitsanyone in McCree’s field of view, sometimes wholeteams.

There is really only one qualmwith Reaper. His Wraith Form ability’s duration is excessive.It’s a great idea that an offensive player can have a way toblink out of heavy situations, but he can just enter this stage andbecome invincible and make it to near-by health packs with ease.From there, he can blast attackers in the face with his HellfireShotguns as they try to eliminate him.

This makes him a harder to hittarget not only for close-range opponents, but also for rangedcharacters, as he can easily use this ability and Shadow Step totheir locations to take them out. And on top of that, he picks upSoul Globes from eliminated enemies for more healing.

Overwatch is suppose to be that unpredictable,all-over-the-place shooter, but that doesn’t mean that itcouldn’t benefit from some in-game regulations.

In most games, ranked modesusually have a system in place to penalize players who ditch in themiddle of a match. Sure, last weekend was the open beta, but thatsystem should be put into the official release. Having a playerleave during the game and playing a man down sucks. More often thannot, a substitute player wouldn’t be found until maybe thelast minute of the game if at all.

Overwatch is a game that relies on team play and itcan be hard for one or two people to solely carry a team. If youare missing a player, the full effect of a team is diminished,because you could be losing support, a tank, extra damage to breakthrough the defense or a sniper to help open up areas.

Another game mechanic thatshould be fixed is the lack of hero-locking. This is more importantfor ranked matches than in casual and custom games, because someheroes are just too overpowered.

Generally in MOBAs, teams wantefficient components that will work together and against otherplayers. And while it’s a cool idea that players can switchtheir characters during a game, this could also mess with teamdynamics for other players if there is a lack of communication. Ifthere was hero-lock, teammates would more likely have tocommunicate if they wanted to switch characters with someoneelse.

BrainOverAim, a Reddit user,generated an interesting discussion on the Overwatch sub-reddit about the downsides of no hero-lock,which can be found here.

Aside from some mechanicsproblems, there is one more thing to think about forOverwatch’spotential as a game taken seriouslyin esports: what platform will professional matches take place on?Since Overwatch will be available on PC, Xbox One andPlayStation 4, there needs to be a choice made on which platformwill be regulation. This is especially so, because while there isaim-assist on PC, it doesn’t exist on consoleversions.

In all honesty, character nerfsand changes to game mechanics are probably to be expected beforerelease or sometime after, but players don’t really know whenchanges will be made. Blizzard Entertainment does try toaccommodate players’ requests, so that is a good thing tokeep in mind. Through monitoring Overwatch’s Twitter, the team behind the game seemed eager tointeract with and take comments from players allweekend.

Did you play the closed or openbeta? Let us know your thoughts in the comments about the game sofar and your expectations for launch day on May 24. Make sure tofollow us on our Twitter, @GAMURScom, to keep up with esports news.