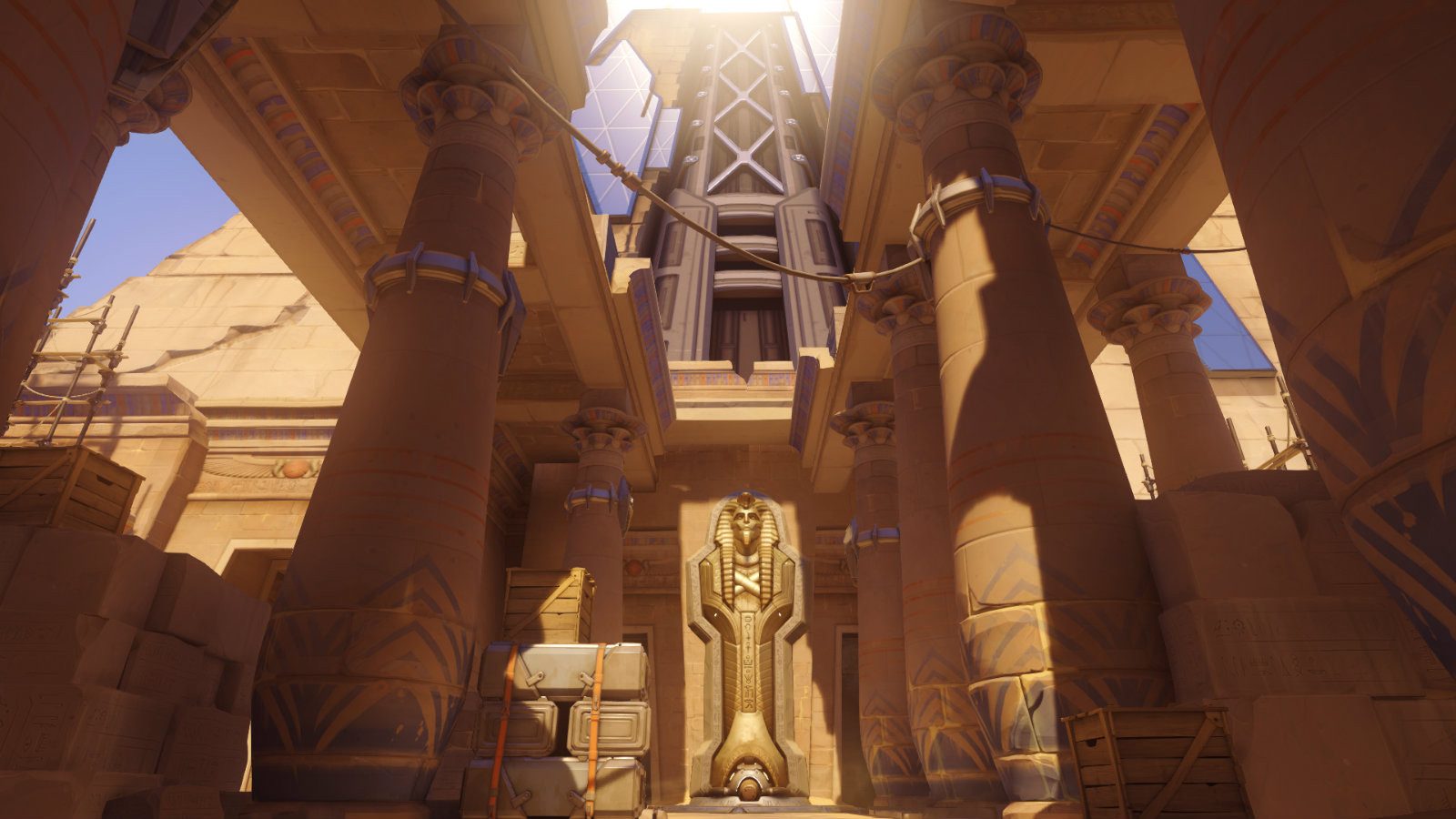 Have you ever wanted to know what Overwatch‘s Temple of Anubis map would look like in Unreal Engine’s stunning detail? One fan took the time to find out.

Reddit user saas_dev created a grittier, more realistic Anubis in the just-released Unreal Engine 5. The map focuses on the area surrounding Anubis’ objective B and includes all of the original map’s paths, tunnels, and walkways. The video they shared features a flythrough of the area, showcasing its detailed textures, wind and lighting effects, and constant blowing sand. The lighting in particular makes the area feel hot and oppressive, adding to the overall ambiance.

The video racked up upvotes and inspired quite a few jokes and responses in the comments. A few people said the map looks like something out of Overwatch 3, joking that by the time Overwatch 2 comes out, fans will already be ready for the next adventure. Others said that it reminded them of CS:GO, a fellow member of the FPS genre, as well as a survival game where players would need to hide from Omnics and other factions within Anubis.

One of the most interesting criticisms came from saas_dev themselves. In a follow-up comment, they said the realistic map is “in no way meant to be ‘better’ than the official map. I personally prefer Overwatch‘s cartoon-style environments over gritty realistic ones.” Many people agreed with them, saying that while the Unreal map is gorgeous and detailed, it’s lacking a lot of the color, character, and charm of its inspiration. Instead of making something better than the original map, saas_dev simply wanted to see what it would look like from an “alternate perspective.”

Saas_dev has promised to post a breakdown of the map to their YouTube channel in the coming days.