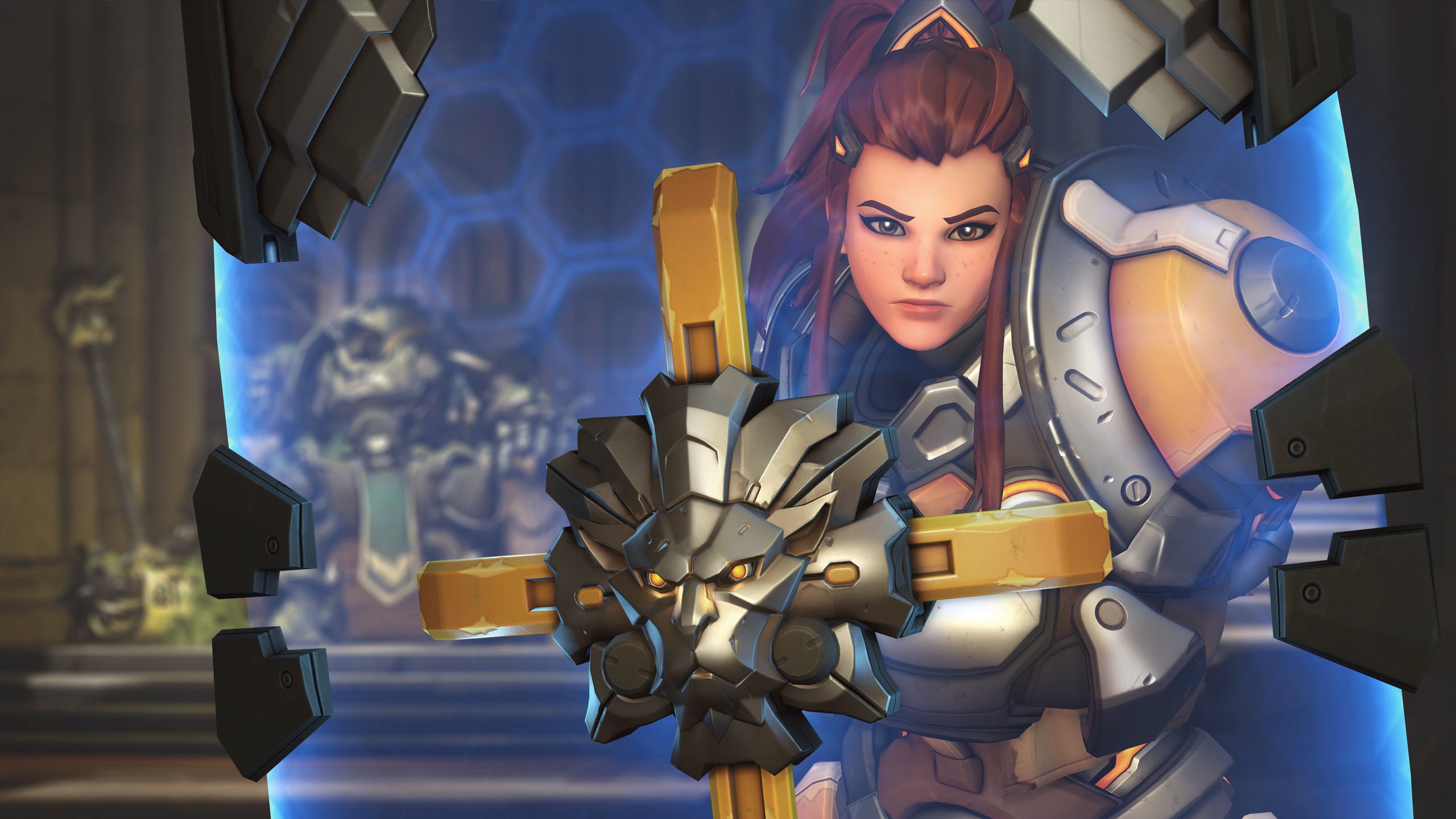 Artist amandazerepp created the Pink Brigitte skin to match the Pink Mercy Breast Cancer Awareness skin. Brigitte’s skin concept features the same silver emblems from Mercy’s skin and redesigns the end of her mace to look like Mercy’s staff. Brigitte also has a pink hair ribbon that matches Mercy’s. Amandazerepp noted that October is Breast Cancer Awareness Month, so they created the skin to coincide with the event.

The skin also pays homage to Brigitte’s original character design and Swedish heritage. Her banner features a pink version of the Swedish flag and her shield displays the head of a goat, a reference to the GOATS meta that she was a part of in the Overwatch League.

The original Pink Mercy skin was a collaboration between Blizzard and the Breast Cancer Research Foundation. It was available to purchase for a limited time and all the proceeds from its purchase went to breast cancer research. Fans were also able to purchase a real-life Pink Mercy shirt that contributed to charity. The skin arrived in the game with a variety of pink and breast cancer awareness-themed sprays and icons as rewards for watching charity streams on Twitch. Sales of the skin and the shirt raised a total of $12.7 million for the Breast Cancer Research Foundation.

Recently, fans have been begging for Overwatch to bring the skin back since it was only available for a two-week period in 2018 and a lot of fans missed out on it. It’s unclear if Blizzard will give the skin a second run, but until then, awesome fan skin concepts like amandazerepp’s will definitely tide us over.