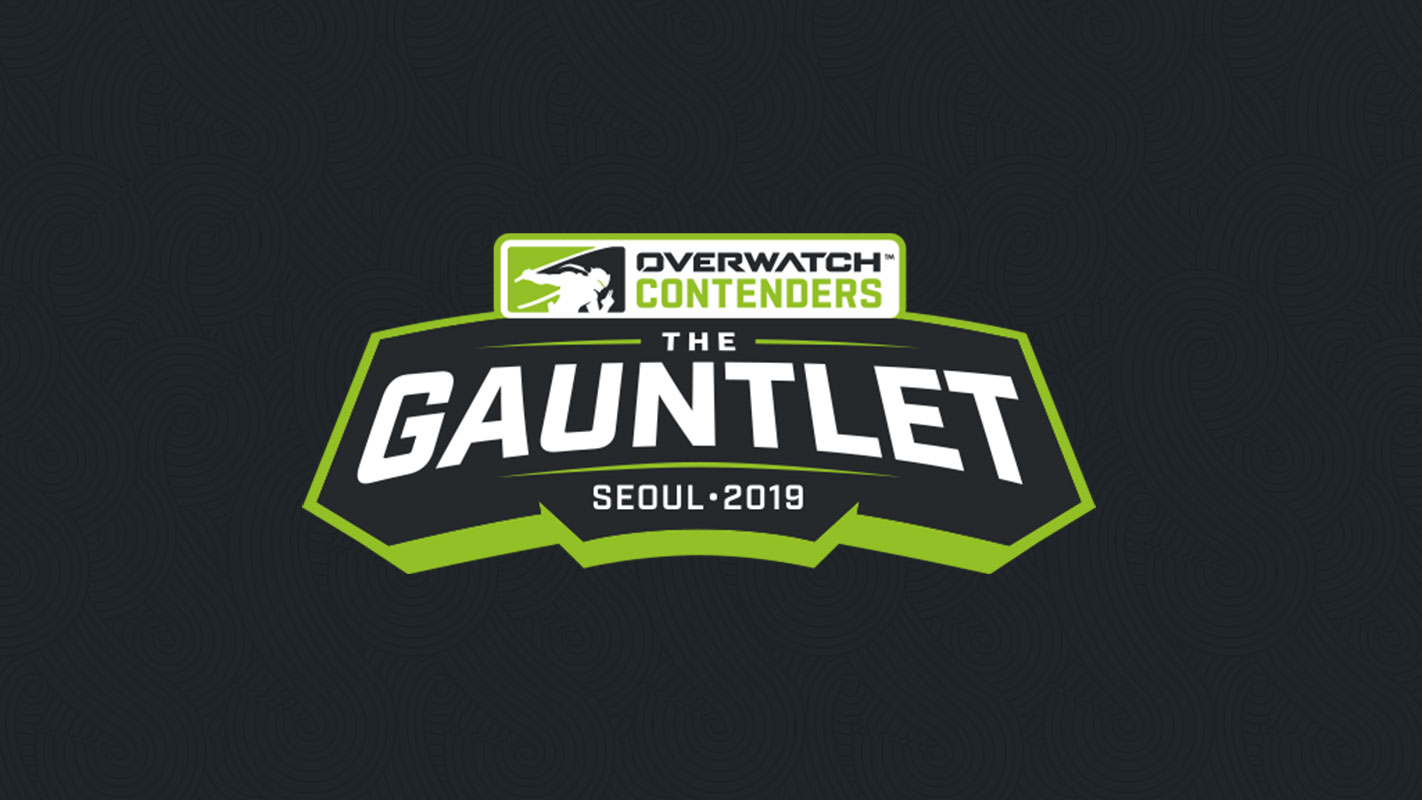 South Korea will play host to the upcoming Overwatch Contenders Gauntlet. The tournament will be a fine display of tier-two talent and a showcase of players who could be the next big stars of the Overwatch League.

The 10 best teams from the eight Contenders regions around the world will battle it out at the Giga Arena, the newly-rebranded studio that previously hosted the OGN produced Overwatch APEX series. For many longtime Overwatch esports fans, this is a return to the competitive game’s most beloved home. The tournament begins on Oct. 9, with the first match being played between Korea’s Element Mystic and the Pacific region’s Talon Esports.

The Gauntlet will be played on Patch 1.39. This is the same patch that the recent OWL grand finals were played on, meaning we’ll likely see a majority of the same compositions being run here. Generally, the choice of a main tank shapes an Overwatch composition. An Orisa would work best with a defensive bunker-style setup, a Winston or Hammond would work best with a dive-oriented playstyle, and a Reinhardt is best suited for payload maps where the geography is tight and rigid.

Each of these styles is viable, but if the finals are anything to go off of, then we’ll see Orisa being featured in compositions much more often than not. Sigma will generally be beside the Orisa. This is the same patch in which Sigma was introduced to the game and not the future patch with Orisa and Sigma nerfs. Both of these tanks are very strong right now and form a double barrier that can be tricky to bypass.

Four DPS heroes have quite a high playtime in this patch in comparison to the rest of the cast: Mei, Bastion, Doomfist, and Reaper. Doomfist and Mei provide an element of crowd control whereas the other two tear though tanky compositions with their high damage. Hitscan heroes aren’t played at all due to the double shield used by the tank duo. This patch information provides some valuable details that are necessary for making predictions for the Gauntlet.

In descending order, here are the teams participating in the Gauntlet that are most likely to do well.

The Legion are representing North American East Contenders and are the lowest-seeded team from America. They’re an interesting team that features a mix of players from four different nations. But this team limped into the playoffs of Contenders, finishing with a map differential of 10-18 in the regular season.

In the playoffs, they lost to fellow NA Gauntlet hopefuls Atlanta Academy and XL2 Academy quite handily. They potentially have a higher ceiling than some of the other lowly-ranked teams due to the explosive nature of their projectile DPS star Lee “Water” Min-seong, however. Water made his name on some of the more irrelevant heroes, such as Genji and Pharah.

The Legion seemingly have no strong shotcaller or big personality that could lead them in the right direction, though. The younger brother of the OWL Gladiators have never performed well in their domestic league and will outperform all expectations if they win a single match during this tournament.

The NA West roster secured the third seed out of their region. This young roster went 15-11 in maps during the regular season of Contenders before also losing quite convincingly to Envy in the finals.

On paper, this team doesn’t have a star. They also don’t seem to fit the meta particularly well because two of their three DPS’ are known for hitscan heroes. During the most recent season of Contenders, they also flexed their DPS player Casey “buds” McIlwaine onto a tank hero, which may not be ideal now that Zarya isn’t meta anymore. Similarly to Gladiators Legion, XL2 should consider this tournament a success if they can take a single win.

The European region hasn’t looked strong for a while now, and considering the names on this mostly-Danish roster, they shouldn’t be expected to look strong at this tournament, either. But they do have Mads “fischer” Jehg as their star player. He’s had his fair share of chances with larger esports organizations but has failed to crack into the OWL. Despite this, he’s still in great form and will be the key for HSL going into the Gauntlet.

Combine that with the fact that this experienced team are out to prove that the European region is being underestimated and there may be potential for this team to cause an upset here or there.

The Contenders team owned by the Chengdu Hunters are the only Chinese representation at the Gauntlet. They’ve had an up-and-down year so far. They lost a couple of games to much worse teams, but after a late-season meta shift, they were able to regain some form during the playoffs to help them win their second Chinese Contenders season.

He “Molly” Chengzhi is one of the best Chinese supports in Overwatch and is certainly a player to watch. Most importantly, LGE’s well-known player Zhong “Haker” Haotian recently retired. He was the star carry player on this team, and without him, this team will struggle at the DPS position. Without Haker, this team shouldn’t be expected to do that well. Can the rest of the roster prove that they’re also stars?

Envy, the second seed from America, saw a surprising amount of success this year after having a lot of roster turnover. Jason “Jaru” White is a fantastic Doomfist player and should be the player who has the biggest impact on this team.

This team has the players to make big plays and most of them are veterans with plenty of offline experience. Envy should be looking to make it decently far here, especially since their first opponent is Gladiators Legion.

This team is potentially the Overwatch underdog story of the year. They stole what many thought to be a guaranteed second Gauntlet spot from the Chinese region earlier this year in the Pacific Showdown.

Talon boasts an impressive roster of players from all over Asia. Their tank duo has incredible synergy. Keep an eye on flex tank player Lee “Gogora” Ji-yoon. He should be on the radar of many OWL scouts in this tournament. DPS Patiphan Chaiwong is a very young Thai player with superb hitscan play. If he can flex onto something more meta-relevant, he should also help carry this team.

Talon went 27-1 in maps in their home region and although it may not be the highest level of gameplay in the world, it shows that they always play with fire. This Hong Kong-based organization is looking for a larger stage to show off their potential and this might be just the one for them.

Geng.G may be the worst Korean team at the Gauntlet, but when the region is so strong, it’s tough to bet against them. This team seems to be the perfect mix of experience and new blood.

Young Lim “Glister” Gil-seong might be the surprise of the tournament. He has explosive potential and will be able to unload it all at this tournament since this meta suits him perfectly. Around Glister, this team features players with APEX and OWL experience and should be comfortable enough against easier opposition to make it through most of their matches without any problems.

The highest-seeded team out of the U.S. is also the youngest squad. Atlanta are inexperienced, boast no immediately recognizable names, and play with no Korean players in their starting lineup. But this team plays with a scarily confident pizazz.

They’re without a doubt the best hope for the West in this tournament. Being the top seed from NA, they’re one of two teams already qualified for the finals portion of the Gauntlet. The youngest player on the team, Kamden “Sugarfree” Hijada, will have a lot of pressure to be this squad’s DPS spark because they don’t have a weak spot anywhere in their front or backline. If Reign Academy remain as confident as they’ve been all season long, this team could prove to the world that NA is as good as Korea.

Element Mystic are the second seed out of Korea and a frontrunner to win the whole thing. Kim “S9RK1E” Young-han has many people gushing over his talents and is already considered to be one of the best talents worldwide outside of the OWL. He may just be the best Doomfist in the world and he could show that on this patch and at this tournament.

Although this team struggled at times throughout the regular season, they stormed through the playoffs and looked almost equal to Runaway in the grand finals. They have everything required to go all the way, but they don’t have the luxury afforded to Runaway in already being qualified for the finals. They’ll need to ensure no upsets happen in the group stage before they get the chance for revenge against their Korean counterparts.

Runaway are among the most storied esports teams in history. This pink sweater donning dynasty has found success with every iteration of the roster since their formation. This new Runaway lineup seems to be meta proof, so they’ll be ready to play every hero that’s relevant.

DPS star Kim “Yaki” Jun-gi has one of the most versatile hero pools and playstyles in all of Overwatch and acts as a sort of pivot point for this team’s strategy. With any sort of solid performance at this tournament, Yaki should be picked up by an OWL team for next year.

Along with Atlanta, Runaway secured the first seed in their region and therefore bypass the group stage of this competition. The Vancouver Titans were once a part of this Korean dynasty. The current OWL runners-up showed what a family of talented players can do in the Runaway pink long before they were tearing up the OWL—and it might be time for their successors to do the same.

The Overwatch Contenders Gauntlet starts this week on the league’s Twitch channel.