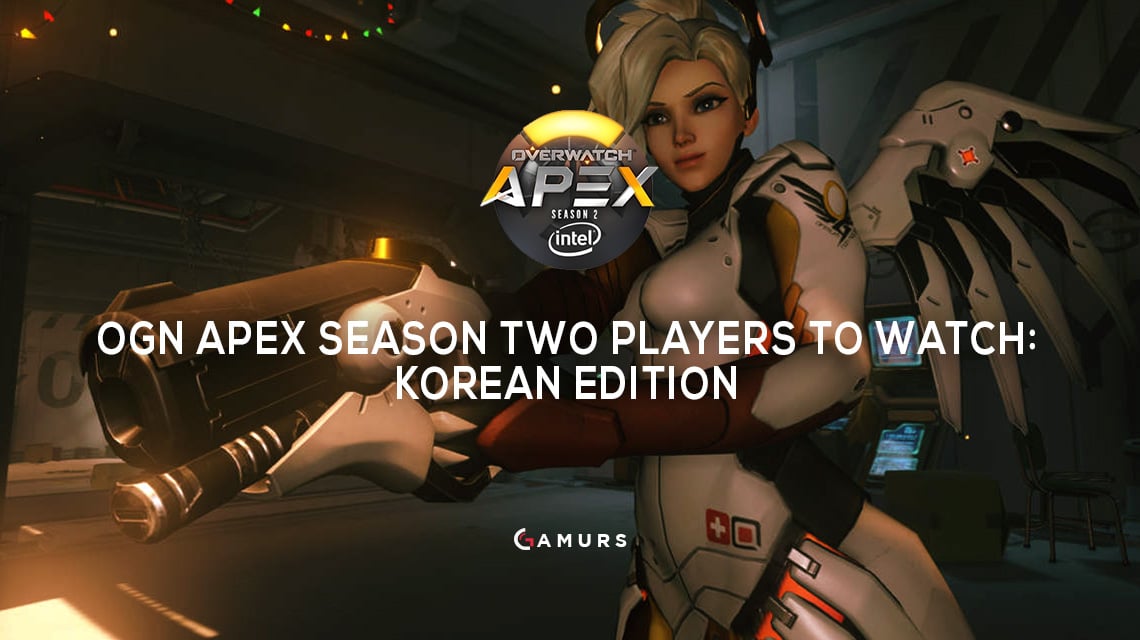 With the return of the Apex league later this month, Overwatch fans around the globe are once again privileged to be exposed to the legendary productions of OGN. The majority of teams are returning from last season stocked with players we are familiar with. However, we know there will be three new Korean teams and three new western teams.

In continuation of this series from last season, I will be discussing the standout players to keep your eye on as the season develops from the new teams. In this edition, I will be covering the three new Korean teams with the western teams to follow.

Afreeca Red finally managed to break the Red curse. For those of you who don’t know, in the qualifying rounds of season one, LW Red and Afreeca Red were favored to make it into Apex. Both rosters were the organization’s primary team, however, neither was able to find berth into the league. When it came time to play in the promotion and relegation tournament for season two, once again, both rosters found themselves as favorites.

But as fate would have it, Afreeca Red and LW Red were placed into the same group. As that group played out, it became clear that one roster would have to eliminate the other. Both squads were determined and the final series went a full five games, but Afreeca Red emerged the victor, largely due in part to their DPS player Attune.

The fashion in which Attune started the tournament was a perfect showcase of his capabilities as a player. Against MVP Space, he began the series on Nepal playing a lot of McCree to questionable results. In the rest of the series, he focused on playing Tracer to devastating effect.

His Tracer is as terrifying as it is aggressive. In most compositions in this meta with Tracer, she will be backed up by a Genji, perhaps even a dive tank duo of Winston and Dva. But the Tracer player is not alone and is instead part of a tag team who is attempting to remove the enemy supports from the map. Attune enjoys no such help and is frequently playing Tracer as the solo DPS in a triple tank composition, diving aggressively alone.

Considering that Attune is running solo missions in the enemy backline, it is even more incredible how consistently successful his dives are. Removing enemy supports, sticking Pulse Bombs, and seriously chunking tanks, Attune is a threat that has to be dealt with. But, like a great Tracer should, he remains elusive, continually surviving in the backline and being a nuisance.

But sadly, this is where my praise for Attune ends. His Tracer is excellent, and that is all. His McCree was lacking and, in general, his game impact was far too variable. In losses or when playing anything besides Tracer, Attune’s influence on the game is hardly noticeable, which is precisely why he is my player to watch.

If Afreeca Red wants to succeed in a league format that requires playing in multiple series over several weeks, then Attune will need to stabilize his play. His ceiling is incredibly high but his floor is far too low. If Attune can find a more consistent average and pick up meta staples, such as Soldier, it will be a boon for Afreeca Red. However, if he continues to have these dips, it will hurt Afreeca over the course of Apex. This is why he is my player to watch, as his ability to consistently perform will be a telling factor in whether or not Afreeca Red can succeed.

Competitive Overwatch certainly has its share of excellent Zarya players. She has nearly always been a meta staple due to the versatility of her kit. She pumps out damage, shields her allies, can frontline, and has one of the best engage or counter-engage ultimates in the game. Her flexibility means that those who master her kit can provide so much to their team, and luckily for MVP Infinity, their flex player Hoon has done just that.

Easily the most noticeable aspect of Hoon’s play is how insanely quickly he charges Graviton Surge. During the promotion tournament, he frequently was the first player to ready his ultimate ability, even before both teams’ Ana players. This is a particularly impressive feat, considering that Graviton Surge requires more charge than every ultimate in the game, except for two. He manages this through aggressive positioning that works twofold to allow him to output significantly more damage than his opposite number.

Hoon is frequently seen in front of his teammate’s Reinhardt shield. This, of course, puts him in range of more targets and gives him more chances to deal damage. But more importantly, this means that naturally he becomes a target because he is exposed. This means that when properly timed, his self shield absorbs more damage than normal. Of course, this means that he has a higher average charge than most Zarya players and simply does more damage with each tick of his beam.

Because Hoon finds more opportunities to deal damage, and deals more damage than normal, he is an offensive threat on his own. It is almost normal for Hoon to exit a fight with a triple kill. As previously mentioned, this means he has Graviton Surge ready much quicker, often far before his enemies anticipate it.

Overwatch players are continually developing their sense for when their foes will have their ultimates ready. They take in a combination of factors from how many fights they have lost or won, how long it has been since each foe used their ultimate, and how that player is performing. And there are certain windows that you can be confident you are safe from any given ability. This is where Hoon catches players off guard.

Because his Graviton Surge is ready so much earlier than players are ready for, they are often quite successful, catching multiple players. This is precisely why he is my player to watch. The other obvious choice would have been Sayaplayer, the primary DPS for MVP Infinity, due to his spectacular plays. But when we look at his performance in context, we can see how massively his Tracer and 76 benefit from Hoon’s pressure and Graviton Surges.

Hoon’s Zarya play is so crucial to enabling MVP Infinity’s team-fight style that he is irreplaceable on this roster. MVP Infinity looks strong coming into season two of Apex, and if they want to stay strong, then Hoon needs to maintain his level of play.

This was a tricky choice. The Meta is not a team studded with star players like many other rosters in Apex. Instead, The Meta is a team that works off of impeccable teamplay to ensure they don’t need a star player to make plays to bring them back into a match. Because of how team centric they are, I found it difficult to choose one single player to highlight.

As such, this choice is a highly subjective one and I do not believe he is the most crucial player on The Meta. Instead, I view Brek, the primary tank for The Meta, as a highly underrated player who frequently flies under the radar, despite his stellar performances.

Brek’s play brings to mind many of the characteristics I highlighted about Panker last season. That is not to say he is anywhere near the level of Panker, but his play is reminiscent. As a surprisingly offensively-minded Reinhardt who still manages to keep his team safe, Brek is willing to set his shield aside in favor of his hammer and go to town, landing devastating blows.

Perhaps the most overlooked aspect of Reinhardt’s play is Firestrike accuracy. We certainly notice when a Reinhardt drops his shield to Firestrike and his ally dies for it. But when a Reinhardt player snipes out a kill, the casters often brush over it. This is one of the areas where Brek really does fly under the radar, as he shockingly frequently picks up kills on fleeing targets with Firestrikes.

It might seem trivial, but picking up kills on already fleeing targets is a surprisingly large advantage for Brek and The Meta. Of course, if they are fleeing, it means you have already won the fight and are now looking to split spawn your foes to increase the time you have to push the payload, hold the point, or stall your enemies time. And every kill you snag adds precious seconds to potentially avoid an overtime scenario.

The second area where fans often overlook and casters simply don’t have time on air to discuss is the Reinhardt vs. Reinhardt mind games, especially once Earthshatter becomes available to both. It is a skillset few fully understand, and I certainly don’t. I had to sit back in amazement as Brek blocked Earthshatters coming from flanking Reinhardts that would have devastated lesser players.

But my favorite trick of his is how Brek will sometimes take a small jump to the side before using his own Earthshatter. This lets him quickly reposition around the enemy shield to sneak the ability into the backline. That little gap he finds means The Meta can then easily sweep through the fight and secure win after win.

Brek certainly isn’t the star player of The Meta, but he is still perfectly capable of coming up with flashes of brilliance for his team. His reliability in the Reinhardt vs. Reinhardt matchup is critical in this meta, which makes him an asset to his team and my player to watch.

What other new players impressed you? Comment below or tweet your answer to us @GAMURScom or @GAMURS_OW