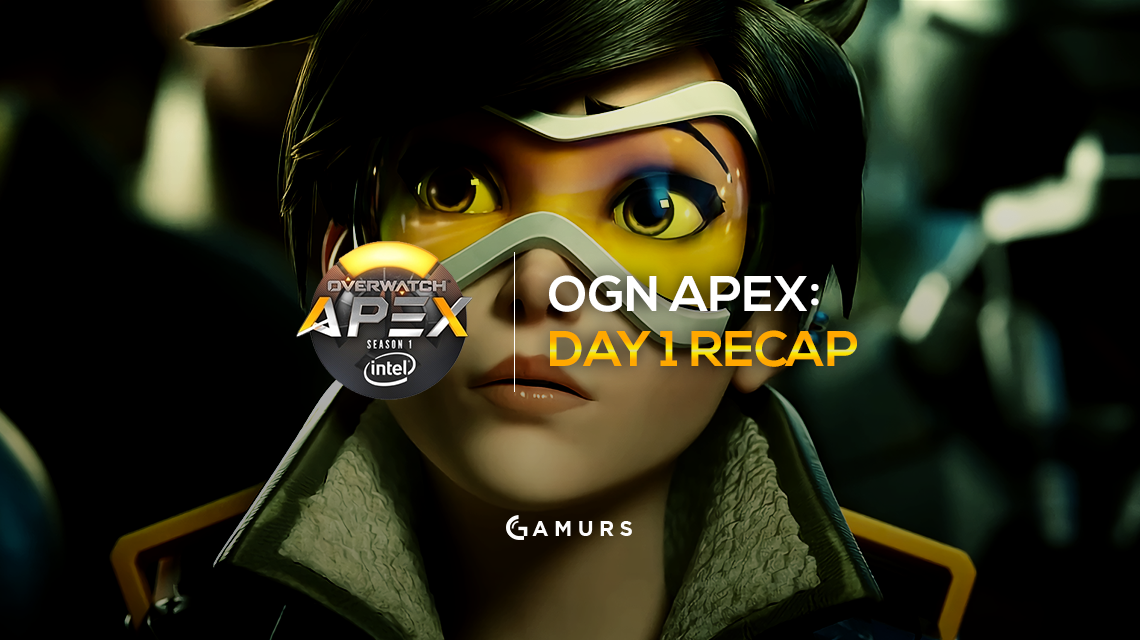 Week Tof the inaugural Apex Overwatch League kicked off today with the debut of three new teams, and the first match for a western team in the league. Today’s matches were short and action packed, and in case you missed it we have you covered with our recap.

The first match of the week was between Conbox T6, the team of former League of Legends’ pro Gamsu, and Mighty Storm, a team composed of several of the highest ranked players on the Korean server. This match featured many big names and had a huge amount of hype.

And the first map of Nepal delivered. Mighty Storm narrowly captured the first point of Village, but Conbox T6 showed significantly better ultimate coordination than Mighty Storm. They fell apart and allowed Conbox to capture the next two points, giving them a 1-0 lead in the series.

Numbani continues to be a popular hybrid map and was the second battleground of this series. Conbox had an excellent defense on point A and as such, Mighty Storm wasn’t even able to begin moving the payload. When the sides switched, it looked like Mighty Storm was going to be able to hold Conbox at Point A as well. However, Conbox’s Zarya player Zunba hit an excellent Graviton Surge allowing the Reaper of MyungHoon to clean up, putting them up 2-0 and on series point.

For the assault map of the series, we went to Temple of Anubis, and on the first offense it was all about Myunghoon. He snuck all the way behind Mighty Storm on Genji and assassinated both supports to push through point A. However, on point B the advantageous positioning for the defenders in Mighty Storm allowed them to stall for several minutes. But, another triple kill from Myunghoon’s Genji closed out the second point with 30 seconds remaining.

Now, it was Mighty Storm’s turn to attack. They were able to take point A, but once again their teamwork was a huge issue. Their assault on the second point was disjunct. Some excellent plays by Jack’s Tracer almost carried them back but it wasn’t enough. They were unable to take the second point, so Conbox took the series in a convincing 3-0.

The second match of the evening was another 3-0. Featuring the storied Reunited, fresh off of several recent international losses, and the much hyped Runaway, who stormed through the qualifying rounds of the Apex League.

The Control map of the night was to be Illios, Reunited started off strong, but Haksal on Genji had a different idea. He repeatedly swept through the backline of Reunited with Dragonblades completely pulling the team apart. Reunited fell 2-0 on Illios giving Runaway the series lead 1-0.

Reunited chose to take the series to Numbani and this map became a battle of Genjis – Haksal for Runaway, and Unfixed for Reunited. Both received a large share of their team’s Nano Boosts and consistently came up with multikills. But. the dive combo of Kaiser and Haksal was more effective for Runaway and they narrowly held Reunited from completing the map. As such Runaway went onto series point, up 2-0.

The control map was a surprise, for the first time this tournament we went to Hanamura. Reunited initially looked impressive as they blitzed through the defense of Runaway leaving themselves with over six minutes to take point B. But Runaway held firm for all of the remaining time, keeping Reunited to a single point.

When it came time for Runaway to attack, it was their tanks or Kaiser and Mono who turned up the heat and got the kills needed to capture the first point. Runaway ran straight from the first point and in under a minute captured the second point off the back of an excellent Sound Barrier from Runner’s Lucio to protect his team from the oncoming damage.

And for the second time tonight we had a quick 3-0 victory, this time for Runaway over Reunited.

Do you think Reunited and Mighty Storm can turn their seasons around? Comment below or tweet your answer to us @GAMURScom.