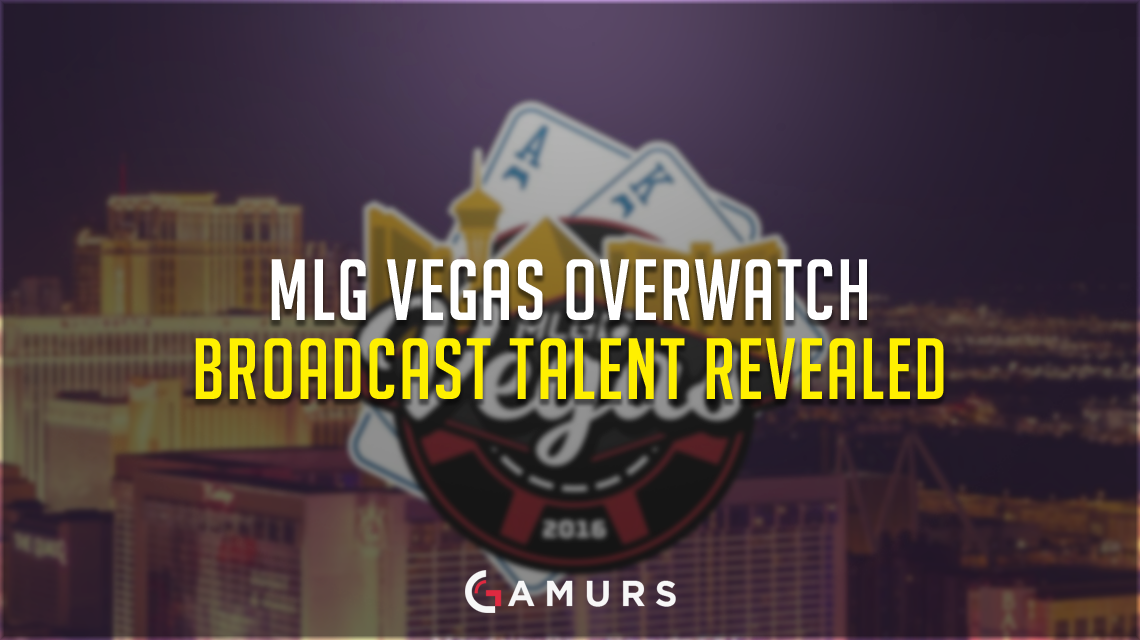 Today, Major League Gaming announced the broadcast team for the MLG Vegas Overwatch Invitational tournament. There are many familiar faces for those who are well-versed in Overwatch esports, as well as some newcomers.

The broadcasters will be:

Interestingly, both Mr. X and Puckett will be pulling double duty at the event, as they will work both the Overwatch and Call of Duty tournaments.

MLG Vegas takes place Dec. 16 to 18 at Mandalay Bay, where Cloud9, compLexity, EnVyUs, FaZe, FNATIC, Team Liquid, NRG and Rise Nation will all battle it out for the $100,000 prize.

Are you excited to see Overwatch at MLG Vegas? Let us know in the comments below and follow @GAMURScom on Twitter for further esports coverage.