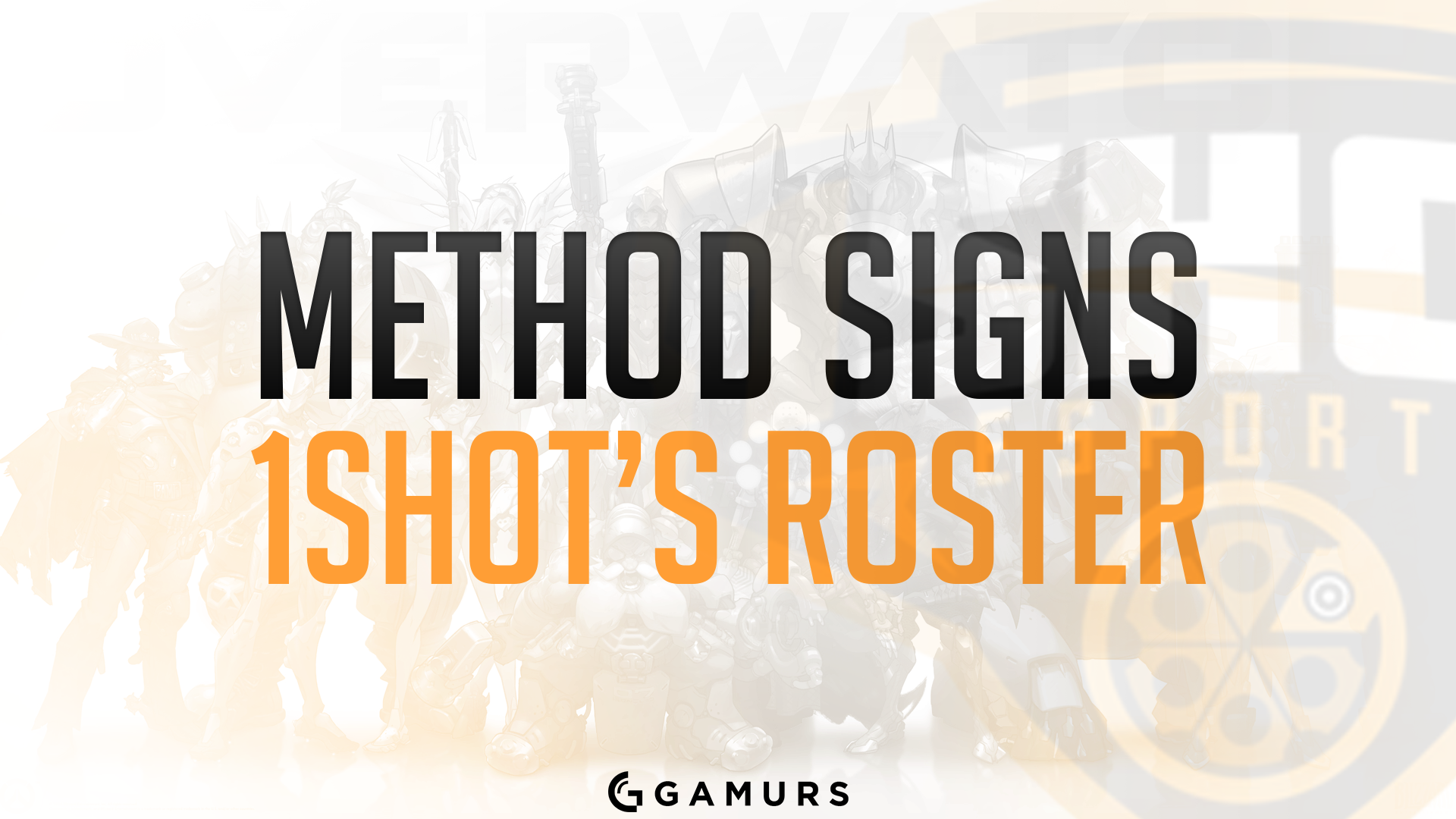 Method, a team mainly known fortheir streamers, has ventured into the Overwatch realm with theirrecent roster acquisition. On Wednesday, Method announced viatheir website that they signed 1SHOT’s ex-roster.Method’s new roster is currently ranked 25th in the world and11th in North America, according to GosuGamer’srankings.

1SHOT was formed in late 2015 tocompete in GosuGamer’s first NA Weekly, and they took thirdin that tournament. Method’s new roster has seen some successin recent events, placing second in GosuGamer’s 16th NAWeekly, losing 3-0 to nubris, who is now Fnatic. Something thatreally attracted attention to the team is placing first-fourth at2016 ESL Overwatch Atlantic Showdown NA Qualifier #3, whichqualified them for the $100,000 event happening atGamescon.

The team has been seeingexponential growth from June to July, proving that they are here tostay. In June, the team has a record of 12-16 with a 43% winrate, but in July, they kept the same amount of losses but morethan doubled their wins. In July, their record was 27-16, givingthem a win rate of 63%.

I asked Brayden Wilmoth, theOverwatch team manager, how he sees the roster progessing in thefuture and if he believes they can stand a chance against the bigname teams such as Team EnVyUs and Cloud9. “We do think ourroster moving into Method will have a great chance facing upagainst the big names such as EnVyUs and Cloud9,” Wilmoth said.”For the past couple of weeks, we’ve had to spend more time than wewanted finding a solid sixth person to fill out our roster afterlosing a guy, but now that we have that positioned filled, we’refully focused on making this team a topcontender.”

Do you agree with Brayden? Do you think they will have a chanceagainst the big name teams? Let us know in the comments andmake sure to follow us on Twitter, @GAMURScom, forlive coverage and other esports content.