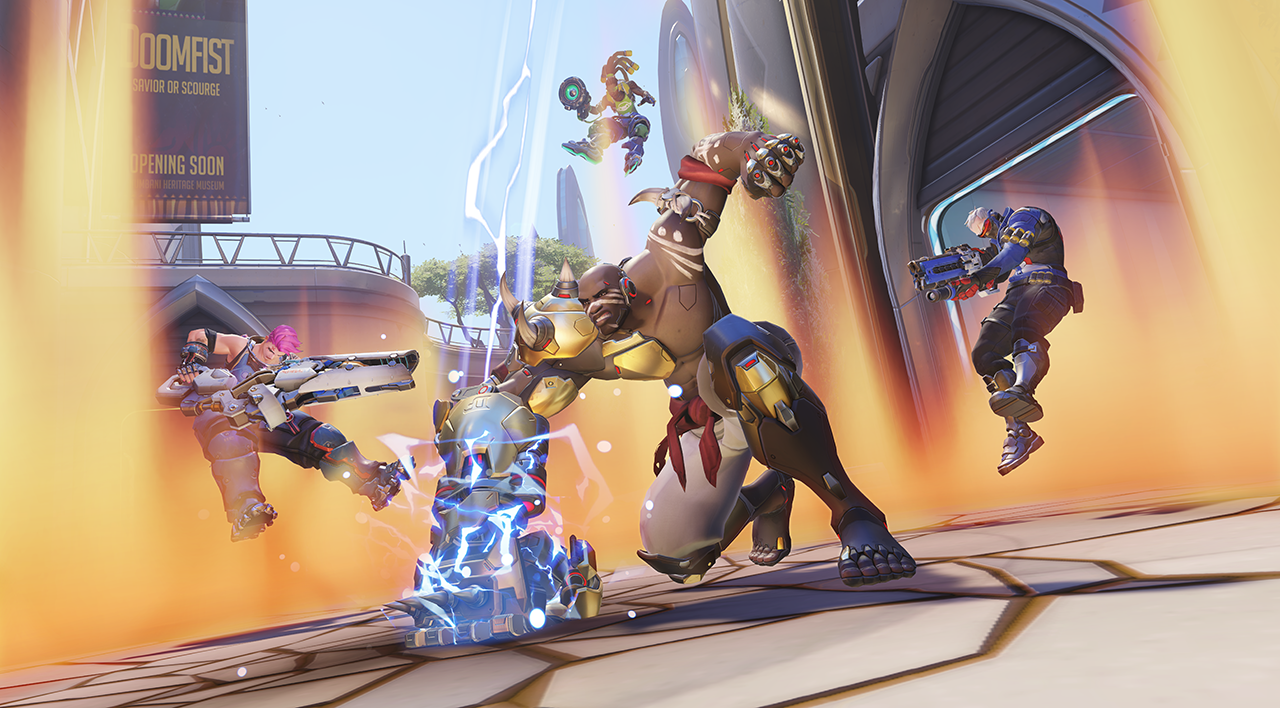 GC Busan had mere meters to push the payload to its golden parking space on Dorado.

It was just one of those ultimates that technically secured the game-winning blows, but it’s all thanks to Jung “Closer” Won-sik’s perfectly timed Lúcio boop. See for yourself.

Lee “Hooreg” Dong-eun, on Doomfist, kicks off the fist fest by knocking out ROX Orcas’ Zenyatta player before launching himself into the stars for his Meteor Strike ultimate, which allows him to actually leave the battlefield for a few moments. A blue area-of-effect marking shows the enemy team where the impact will hit. Most of the ROX Orcas players in the vicinity believe they’re relatively safe, out of range of Doomfist’s major punch.

But while ROX Orcas were worrying about GC Busan’s DPS players, Closer moved into position. With a perfectly placed boop and expert communication, the Lúcio player bumped three players into Hooreg’s strike zone to land a triple kill on three defending players. As the payload slid into the scoring zone Hooreg eliminated one more enemy, just for good measure.

Related: Upsets abound as Overwatch Contenders season one kicks off

With the point on Dorado, GC Busan beat ROX Orcas in a 3-1 series.

The Doomfist and Lúcio wombo combo is reminiscent of a similar ultimate teaming that was put on display during Overwatch Contenders over the weekend. Instead of using a Lúcio boop to knock players into position GamersOrigin, in their match against Bazooka Puppiez, opted to pair Zarya’s Graviton Surge with Doomfist’s Meteor Strike.

It’s a simpler combination that requires a bit less coordination than the Lúcio boop’s masterful precision, but it works. Doomfist’s Meteor Strike has some of Overwatch’s best combination potential—and expect to see more pro teams try to find inventive ways to use it.