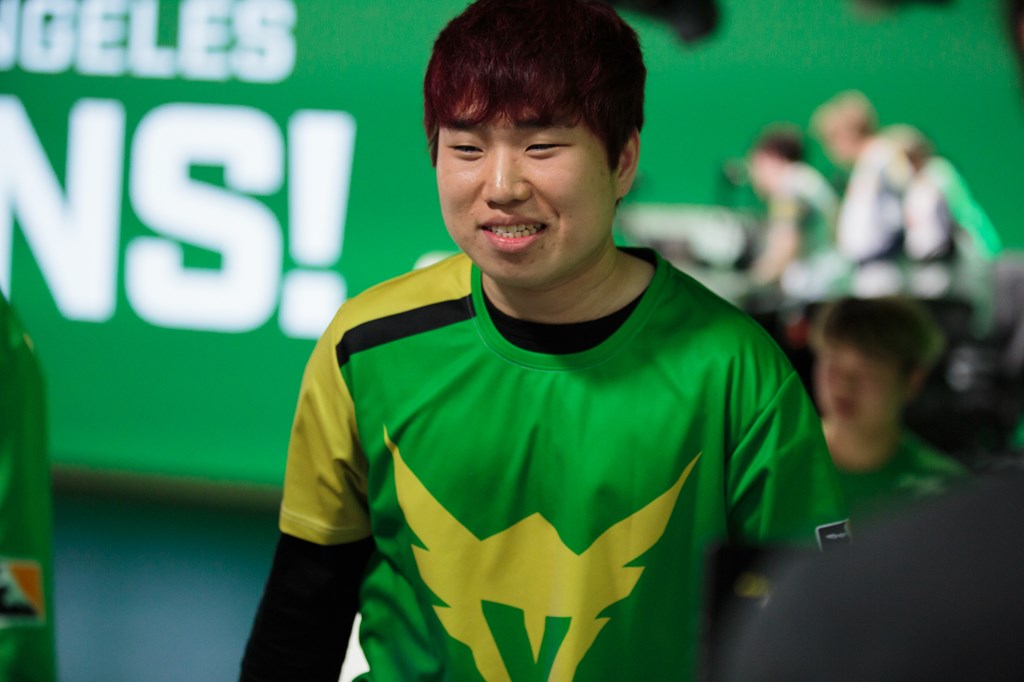 Los Angeles Valiant hadn’t dropped a map during stage three of the Overwatch League… until yesterday. But despite dropping a map, they extended their winning streak to four games. Dallas Fuel pushed Valiant down to the wire, drawing the first map and taking the second one before coming within a single control point percentage of winning the series.

The match showed that both teams improved after revamping their lineups before stage three. Both teams added new tanks, with Fuel picking up main tank Son “OGE” Min Seok and Valiant fielding young off-tank Indy “SPACE” Halpern. But the bigger move was a trade that swapped support players between the two competitors.

Fuel traded Scott “Custa” Kennedy to Valiant for Benjamin “uNKOE” Chevasson in a surprising transaction before the stage. Custa was a leader on Fuel, but with the addition of main tank OGE, who also handles more calling duties, he was no longer needed, and uNKOE was the better fit for that Zenyatta role Fuel has struggled to fill all season.

So far, so good for both teams, although Valiant got the better of Fuel on Friday.

Valiant entered the match as heavy favorites on a big win streak against a Fuel team that, while they look better so far in stage three, taking Seoul Dynasty to five maps earlier this week, they still haven’t put together wins.

On Friday, Valiant opened the map with a super fast time on Volskaya, confirming the expectations surrounding the hot favorite entering the map. But the Dallas Fuel proved resilient, putting together their own solid attack to push the match into a time bank scenario. Fuel had way less time on the clock, but they clutched up by finishing the map, eventually forcing the draw.

Then came Numbani, and Fuel used that momentum to score a map win. Hyeon “EFFECT” Hwang in particular put together a standout game, including a lengthy run on the first capture point where he danced around most of the Valiant side to buy time for his team to recover.

But the Valiant wouldn’t go down easily, and came out swinging on Ilios. Fuel entered the map making a surprise substitution, brining in Timo “Taimou” Kettunen in his traditional hitscan role, who was last seen early in stage two playing main tank. Ironically, Fuel’s on-stage win on Ilio came on Ruins, where Taimou swapped to Junkrat to combat Valiant’s multi-tank composition.

The series ended on Route 66, which on paper looked like a strong map for Fuel considering they dominated Seoul Dynasty on it earlier this week. But Valiant did their homework and shut Fuel down, in large part due to a ridiculous Tracer display from another of their new pickups, Chae “Bunny” Jun Hyeok, who made EFFECT look silly with a dominant performance.

Considering the Valiant’s perfect map score on the stage before this match, the close win might seem a little worrisome for fans, especially because their schedule only gets tougher from here. But it also shows the team has resiliency, that their new lineup won’t crumble when the going gets tough, and that’s a great sign for Valiant the rest of the way.

Valiant now sit at 4-0 on stage three, confidently placed atop the stage standings. On the season it pulls them to 15-9, putting some distance between them and Houston Outlaws for that last playoff spot. Fuel fall to 1-3 on the stage and 6-18 on the season, but at least they look like they’re improving.