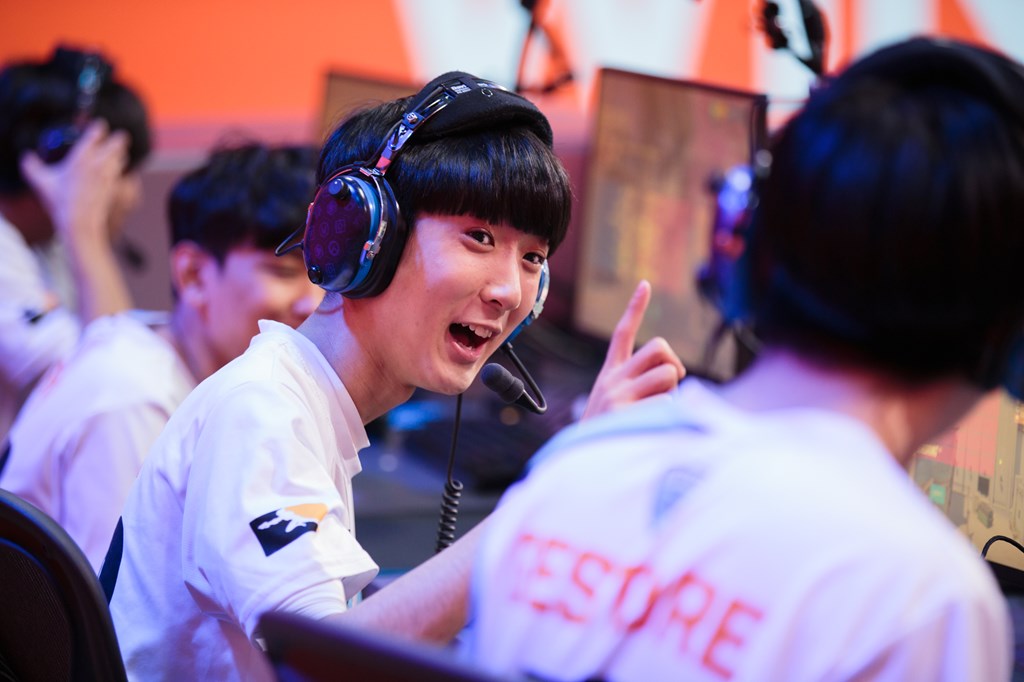 The playoffs showed these two teams are at the top of the league, and they didn’t disappoint by putting together another exciting battle.

The Excelsior were a bit shorthanded, as their shotcalling support Hong “ArK” Yeon-joon was out with a wrist injury. That disrupted two spots in the lineup, forcing Kim “Mano” Dong-gyu, their usual main tank, to play support.

The Excelsior looked a little lost without their leader on Volskaya, and the London Spitfire took a handy victory by full holding the first point with the standard Sombra defense. On Lijiang Tower, though, an inspired triple kill clutch during overtime on the first point by Tracer player Park “Saebyolbe” Jong-ryeol seemed to wake New York up. The series was tied heading into King’s Row.

The London Spitfire couldn’t rely on their individual skill on King’s Row, despite a smart quick swap to open the round, changing from a poke composition to four tanks against the Excelsior’s Orisa bunker with Widowmaker and Junkrat. But in the streets section, their four tanks stalled despite their snowball advantage, and their swap to dive looked awkward and forced. They finally won a fight to get the cart moving in overtime, but inexplicably got off the cart when it was moments from capping, an infamous “C9” for the Cloud9 run team.

On Gibraltar and Ilios, though, the story was different.

Kim “Birdring” Ji-hyuk took over the game on Widowmaker, absolutely wrecking New York Excelsior through both offense and defense on Gibraltar before outplaying his Widowmaker counterpart on the other side, Kim “Pine” Do-hyun, on both rounds of Ilios.

The much needed win pulls the London Spitfire, who lost to the Houston Outlaws earlier this week, to 8-4—one game closer to the league-leading New York Excelsior, who despite the loss still sit at the top of the standings with a 10-2 record.

The win will be welcome for the Spitfire, but the match itself showed that they still have a lot to work on. Despite the absence of ArK, London often looked like the more disorganized team throughout the match. But it didn’t matter with players like Birdring putting together incredible individual performances. That won’t always be the case.