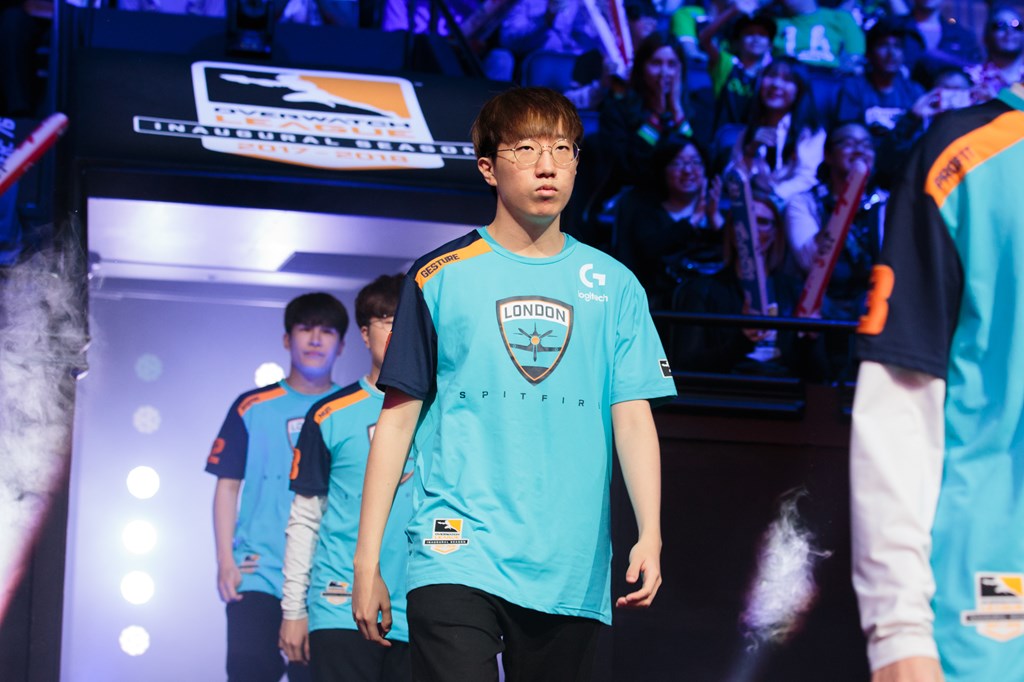 Los Angeles Valiant were one of the hottest teams of stage three in the Overwatch League, but the London Spitfire shut them down today.

Spitfire bested Valiant in a close 3-2 series, narrowly avoiding a reverse sweep by taking the decider. The result ruins Valiant’s perfect stage three, dropping them to 5-1 on the stage and ending their undefeated run. Spitfire get to play spoiler as the win only pulls them to 2-4, a hole that’s still too big for them to climb out of before the stage playoffs begin.

Still, London Spitfire must be happy with the result. The team seems to have settled on a new starting lineup more heavily featuring GC Busan players Jung “Closer” Won Sik and Lee “Hooreg” Dong Eun, perhaps a preference of the team’s new coach adapting to the team. It’s questionable putting a player as talented as Kim “birdring” Ji Hyeok on the bench, but it worked today for Spitfire.

London jumped out to a fast 2-0 lead in the series, taking Anubis and Blizzard World in two quick games. But Valiant didn’t crumble under the weight of a two-game deficit, bouncing back on Nepal and Route 66 to force a game five. It should have been a favorable matchup for Valiant because Oasis has been one of Spitfire’s worst maps. Both of their previous two series went to a decider on Oasis, and they failed to win either map. But they looked much improved today, taking Valiant out in a convincing finale.

The win may not put Spitfire into stage playoff contention, but it at least moves them to 17-9 on the season, ranking them third overall in the standings. While Valiant made the series close, London looked improved today compared to their poor stage three performance thus far, and that’s a great sign for fans of a team that has the talent to win the entire league.