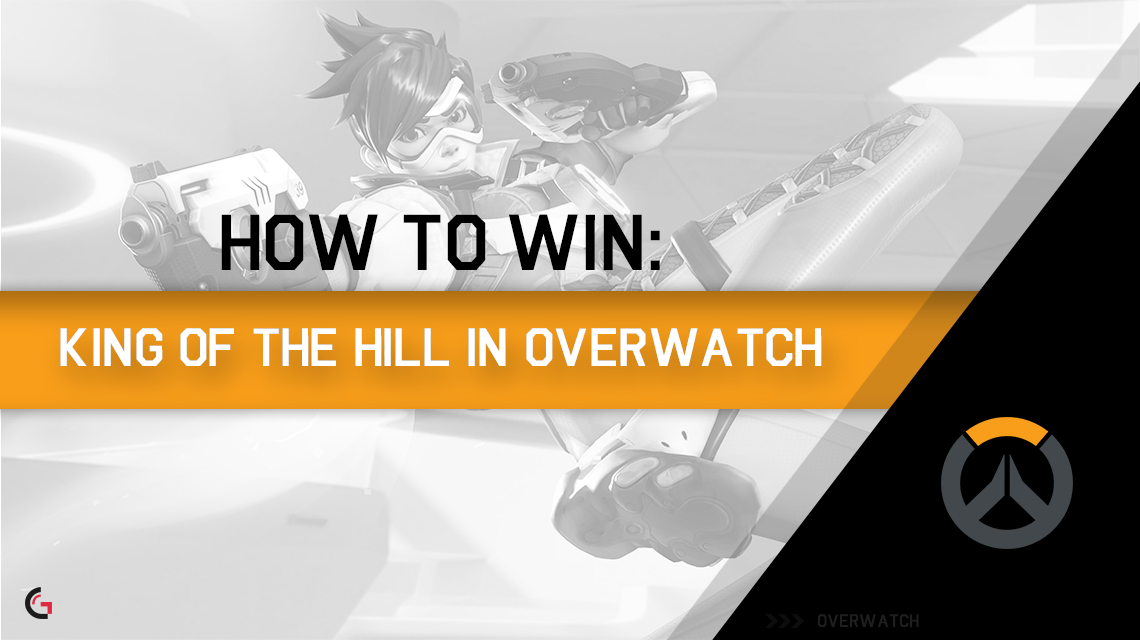 It comes as no surprise thatAssault maps are still the most despised group of maps inOverwatch; not to be outdone by King of the Hill (KOTH) maps, whichare hated just nearly as much, but are experiencing a surge in playin the professional Overwatch scene. I can only speculate thatteams are scrimming on them more, but the gameplay speaks foritself. More often than not, it appears that mid to lower tierteams do not understand the basics of momentum and control on KOTHmaps.

In an effort to explain momentumin Overwatch in a way esport fans are used to, I like to use ananalogy comparing having ultimates in Overwatch to having money inCounter-Strike: Global Offensive. For the purposes of thisarticle, I will be largely ignoring team compositions and primarilyfocusing on ultimate charge and positional advantages and how theyrelate to winning KOTH maps.

The first fight on KOTH issimilar to a pistol round in CS:GO. Both teams are approaching thefight with roughly equal tools available to them. In CS, you mayhave slight differences in what you buy; kevlar, grenades, maybe abetter weapon. Similarly in Overwatch, you might have differencesin hero selection. But as a whole, in the first engagement, no onehas ultimate abilities ready, so everyone is reliant just on theirbasic skills and on their ability to hittheir shots.

Of course, there are options forteams to gain advantages, which is where map positioning comes intoplay. The most notable kind of advantage the map can grant you ishigh ground. The advantage of high ground is that you can fire uponyour enemies entire hitbox while only exposing the top part ofyours.

Most notably, on Nepal: Village,both teams rush up to the high ground completely ignoring thecapture point. Thus, the first fight often does not happen aroundthe point. Instead, it focuses on securing positional advantage towin the initial engagement, then capturing theobjective.

The second thing teams often doto establish an advantage is simply reach the contested areasfirst. Lucio is already a meta staple, as I discussed here, buthis ability to swiftly bring his team into battle is an absolutemust to avoid losing control on KOTH maps.

Other notable examples includepicking Solider 76 or Tracer, who can both use their ability totravel quickly to reach important locations before the enemy team,where they can then fire upon their opponents, forcing them ontothe defensive.

In Overwatch, when you win thefirst fight, your team gets to capture the point relativelyuncontested, and may have access to a couple of ultimates.Depending on how much damage or healing each hero did during theengagement, it is not uncommon to see some of the quicker chargingultimates ready, such as Winston’s Primal Rage orMcCree’s Deadeye. But usually, these ultimates are onlyavailable for the victorious team as normally the winning teamdoes more damage. In CS:GO, having a weapon advantage usually meansyou win that round, and similarly, having an ultimate advantagemeans you likely will win the next engagement inOverwatch.

Ultimate abilities do not alwaysguarantee a teamfight win, but they are simply extra optionsavailable to a team, and powerful ones at that. Of course, if theenemy team hits every headshot and your squad starts shooting theground, you will lose. But these extra tools, combined with theother kind of map advantage you gain, are normally enough to securethe second teamfight win.

The second kind of map advantagebesides high ground is control over choke points of the map. Theeasiest example is on Lijiang Tower: Night Market. The team incontrol of the point can push out and take over the courtyard area.Controlling this one area of the map lets a team watch everyangle the enemy team can approach from, and fire upon them as theyattempt to push forward.

When your team is forced to walkthrough a narrow area, you naturally become clustered up andprovide a bigger target for your enemies. And because Rienhardtsuffers so heavily on KOTH maps, you do not have the usual shieldtank to push through with. Later in the match, a team can forcetheir way through with Lucio speed and an ultimate from Zenyatta orLucio. However, this still puts them at a disadvantage as they usedone of their primary survival ultimates just to approach thepoint.

Due to these advantages, theteam who initially bests the other can hold the point for anotherfight with ease, all the while racking up time in control of theobjective and getting closer to the win.

The third round inCounter-Strike is often where the losing side can buy up, pickingup rifles and armor, especially if the team is playing on theT-side and they planted the bomb once or twice. But unless theyhave also been picking up lots of frags, they usually cannot alsoafford full grenades, so they have a few less tools at theirdisposal.

On KOTH maps in Overwatch, thethird engagement plays out very similarly. This time, the loser ofthe first few fights has several ultimates up, but may be missingslower charging ultimates like Zarya’s Graviton Surge. Whileon the winning side, they have stocked up on their slow chargingultimates and are ready to once again ride into battle.

This time around is where thingsstart to get more interesting. While in the second engagement, thelosing side often does not have the raw power to contest with thewinning teams’ hold, now in the third fight, the losing teamhas a few options available to them. This is often the first realchance they have to make it back into the game. But it stillrequires a few small outplays, as generally the quicker chargingultimates you may have up are not as powerful as some of the highercharge ultimates, such as Death Blossom orTranscendence.

Eventually in Counter-Strike.both teams will have the money to full buy, picking up all therifles and grenades they want. This is when team coordination andaim matter even more as your available tools are on even footingwith your opponents.

In Overwatch, the fourth orfifth fight is often when we see both teams fully or nearly fullystocked on ultimates. This fight is when both teams are most evenon available tools, and it is the best chance for the losing teamto win a fight. This is also the critical breaking point for thelosing squad.

If this far into a map you stillhave not captured the point, your enemies are usually somewhereover 90% done with completing the objective, so this fight is do ordie for the losing team. They can starting equalizing the map oroutright lose. But even this fight is an uphill battle because theattacking squad still does not have map control.

Due to all of theadvantages the winner of the first engagement has for the durationof the map, the initial fight is absolutely crucial to establishingcontrol and winning the point. This is one of the reasons we seeupper tier teams with more skilled players dominating on KOTHmaps.

Of course, the layout I have ranthrough is fairly binary. If you follow this logic path blindly,you would think that if you win the first fight, you willimmediately win the map. But what I have laid out so far completelyignores the biggest factor in the game: the players.

Sometimes you will seeShadowburn go insane and outplay everyone on Genji, or Surefourblinking around like a madman eliminating players one at a time onTracer. In this meta, the numerous McCree gods might just hit a fewheadshots in a row and eliminate an entire team. Playersoccasionally will carry their teams back into a map with individualskill alone, which is why it is important to know who the star onthe opponent’s team is, so you can focus them downearly.

As we often see from mid to lowtier teams, sometimes we get games that swing back and forth withalmost every engagement. While these games are entertaining towatch, this is the result of poor map play. Often times, lower tierteams do not properly use advantages afforded to them by the map,and not just on KOTH.

When teams willingly give up themap control they could hold, it places the attackers in a much morefavorable situation. Comeback fight wins become easier to pull off,and the second or third engagement can swing either way. This kindof sloppy play can reset a map and place the previously winningteam on their back foot.

I have said it before and I willkeep saying it until it is no longer true: if you watch mid tierOverwatch teams, even top tier teams, it is obvious they do nothave analysts watching and studying the game for them. Squads areslow to pick up on the trends of the top teams and appear to bemissing core fundamentals of the game.

Understanding momentum is anessential part of Overwatch. King of the Hill maps simplify theequation because you are attacking the same part of the map overand over as opposed to changing circumstances on payload maps. Ihope to see teams starting to learn from previously played games sothat we can enjoy higher levels of play.