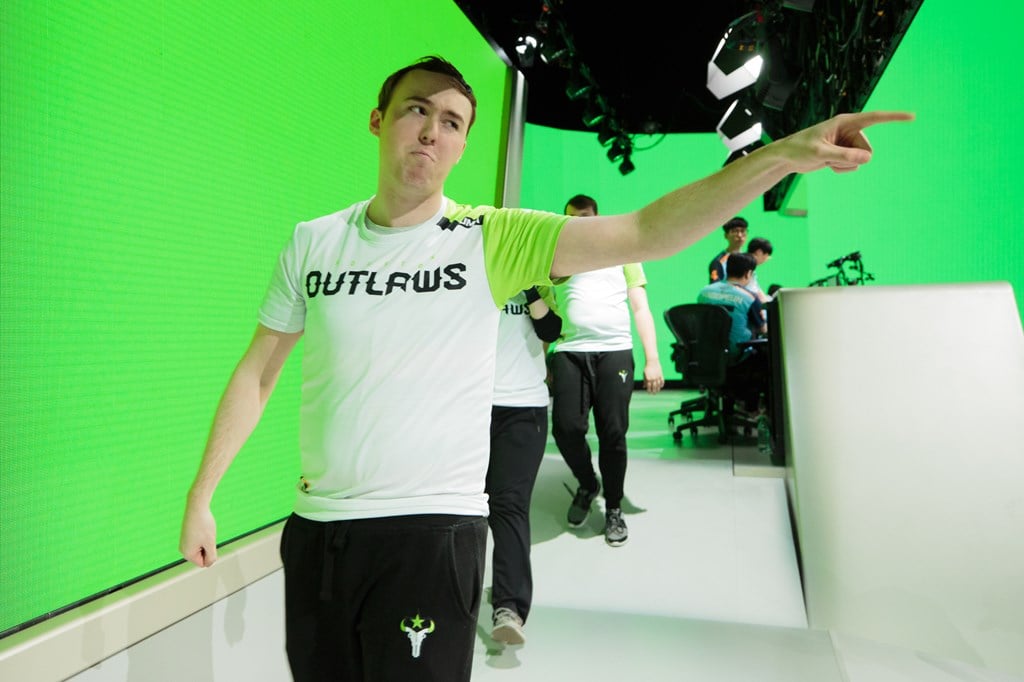 The Houston Outlaws ended their three-game losing streak last night against the Florida Mayhem, but they needed a reverse sweep in the final game of Friday’s Overwatch League slate to do it.

The Florida Mayhem only have a single win on the OWL season. It was a prime opportunity for the Outlaws to end their skid. But the Mayhem extended the Outlaws’ losing streak to 13 maps by jumping out to a 2-0 lead with wins on Hanamura and Lijiang Tower.

It wasn’t as if the Outlaws played poorly—their execution wasn’t sloppy and their stars like Jiri “LiNkzr” Masalin were convincing. But the Florida Mayhem looked much improved led by strong play from their owner superstar DPS player, Kevyn “Tviq” Lindström.

The Outlaws began their comeback on Hollywood led by dominant Widowmaker play from LiNkzr, but it was Gibraltar where the Florida Mayhem’s chance to score their second victory was crushed. The Mayhem pushed the Outlaws to the final seconds on every checkpoint of the map, but the Outlaws and Jake Lyon pulled out every clutch play in the book to narrowly keep them in the series.

The tiebreaker, Ilios, wasn’t close as the Outlaws finally seemed to be confident and comfortable. For the Mayhem, losing Gibraltar was the real heartbreaker.

The win puts the Outlaws at 10-6 on the season, but only a disappointing 3-3 in the stage, meaning they still have a lot to do if they hope to provide an encore to their playoff performance in the first stage. Still, ending a three-game skid has to be encouraging, and they’ve already shown their capable of toppling the titans this stage, besting the London Spitfire in the opening week.

The Florida Mayhem fall to 1-14 on the season, but today showed they at least have some hope to turn things around. Their play was encouraging and recently signed flex tank Joonas “Zappis” Alakurtti was in the building, presumably ready to step into the lineup as soon as next week. Still, they’ll be wishing they had one back as they needed to outplay Outlaws in just one more teamfight to score the win.